Here we look at the editing process in filmmaking, and how we can use a timeline to practise different tenses in language learning. 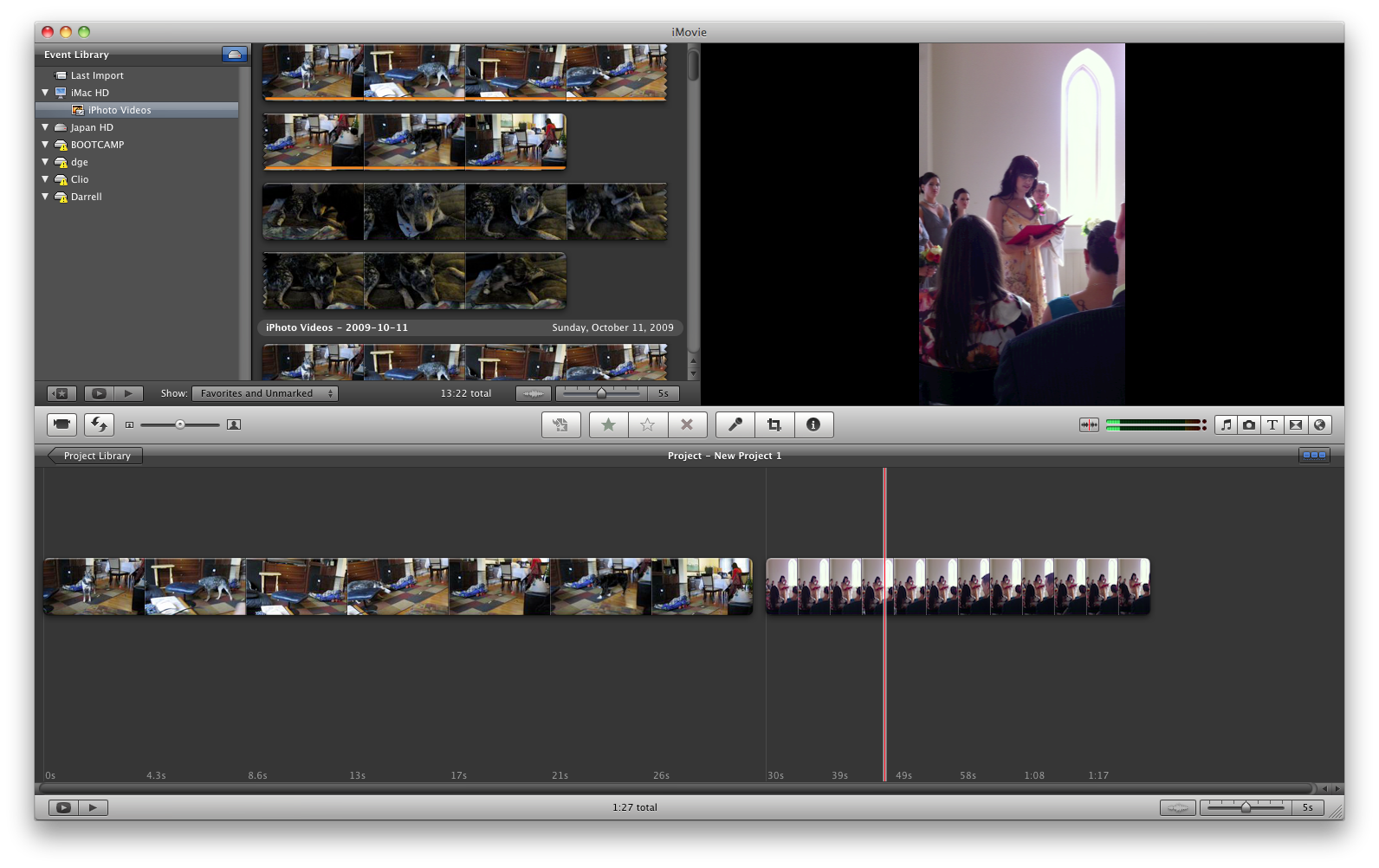 In filmmaking, the editing process is central to ‘how meaning is made’. Editing is where we decide how to sequence our shots; how long to make them, and how we move from one to the next. We may choose to use a straightforward cut, or we might use ‘transitions’ like ‘dissolve’, ‘fade to black’, ‘wipes’ etc.

The image at the head of this step shows the interface for the latest version of iMovie – Apple’s proprietary editing package. There are many other editing packages of course, but the principles are pretty much the same:

For the activity in this step, we would like you to try out some writing in different tenses, using the principle of the timeline. You can use your own language, or a target language to complete it. You could even draw a visual version of your sentence!

In the downloads section you will see a Timeline resource which has a still from The Mouse’s Tale (La Queue de la souris) plotted at three different points on a simple timeline. For each position of the still image, there are two other blank boxes – either two frames before, two frames after, or one before and one after. The activity is to write a sentence (or draw an image) in each of the boxes that would explain what was happening before or after the still image, using the appropriate tense.

Ask your pupils to complete the above activity too if you can. Thinking about the pupils you work with, what would you want the language learning purpose of this activity to be? Is there anything that you might need to teach pupils before starting this activity? How would you suggest following up or developing the learning further in subsequent lessons? Add any comments to the comment section.