In this article, Marcel Lüthi summarises the main properties of the multivariate normal distribution, which are important in shape modelling.
© University of Basel 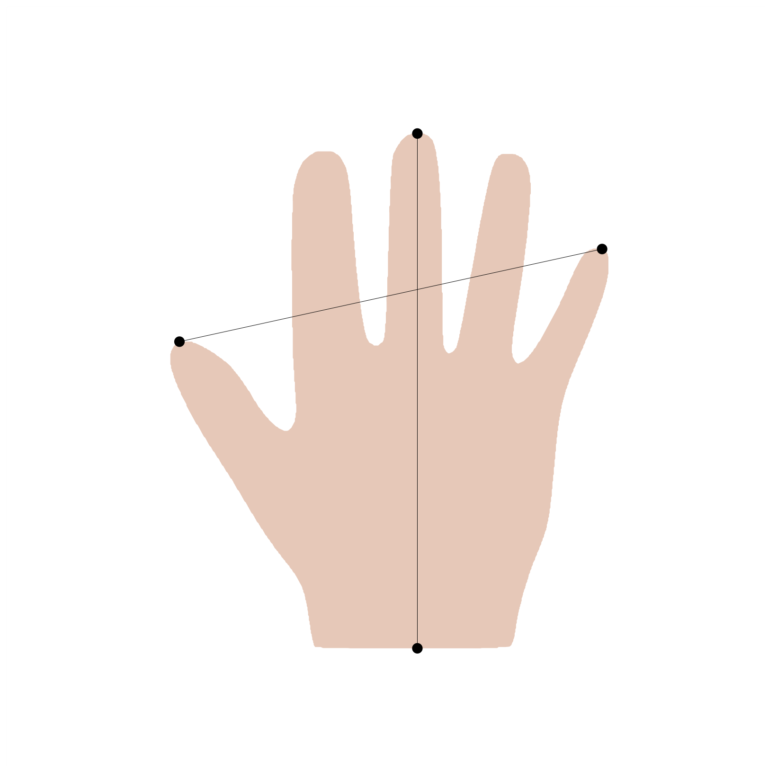 The normal distribution is completely defined by two parameters: the mean (mu) and variance (sigma^2). Its probability density function is given by

The normal distribution is symmetric around the mean and it assigns a non-zero probability everywhere (cf. Figure 2). The variance (sigma^2) determines how far the values are spread around the mean. The further away a value lies from the mean the less likely it becomes. The probability of observing a value that is outside of an interval of (3sigma) is less than (0.01).

To define the model, we need to choose values for the parameters (mu) and (sigma^2). A reasonable approach is to take a ruler and measure the hand of a number of people. We obtain a set of values ({l_1, ldots, l_m}), which we can use to estimate these parameters using the well-known formulas for the sample mean and sample variance: 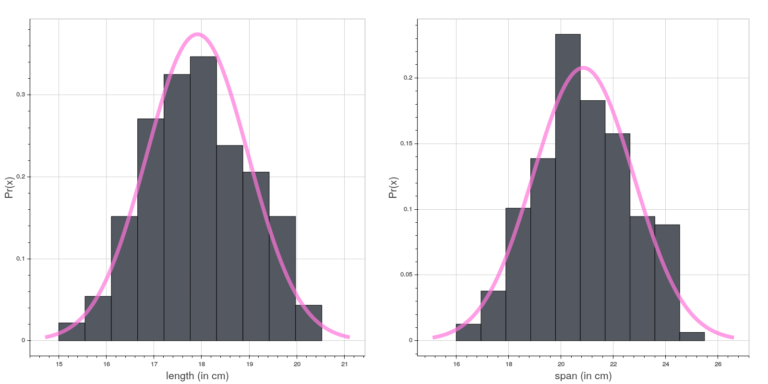 We can obtain a more interesting shape model by modelling the span (s) and length (l) jointly. We assume that it follows a bivariate normal distribution:

To define the distribution, we specify the mean and variance for the span (mu_s) and (sigma_{ss}) and the length (mu_l) and (sigma_{ll}) as well as the covariance (sigma_{ls} = sigma_{sl}). The covariance describes the coupling between the variables. If (sigma_{ls} = 0), it means the two variables are independent, otherwise we know that the values are correlated. In our case, it is intuitively clear that the span and the length of the hand are correlated, as both are related to the size of the hand.

Normal models can be defined for any finite number of variables using the multivariate normal distribution (N(mu, Sigma)). It is specified by a mean vector (mu in mathbb{R}^n) and a covariance matrix (Sigma in mathbb{R}^{ntimes n}):

The diagonal entry (Sigma_{ii}) defines the variance of the variable (x_i), whereas the entry (Sigma_{ij}, i neq j) defines the covariance between (x_i) and (x_j). A valid covariance matrix is required to be symmetric and positive semi-definite. The marginal and conditional distributions can be defined also in this more general case. They are both multivariate normal distributions themselves whose parameters can be computed efficiently using closed-form formulas. We will discuss the exact formulas later in this course.