In this article Marcel Lüthi explains the connection between the multivariate normal distribution and Gaussian Processes.
© University of Basel

Let (Omega) be an arbitrary continuous domain and let (tilde{Omega} = {x_1, ldots, x_N} subset Omega) be a discretisation of that domain. We consider a discrete function

which is defined on that domain. The discrete function (tilde{f}) can be represented by a vector

Vice versa, the vector (vec{f}) completely defines the function (tilde{f}) as we can define (tilde{f}(x_i) := vec{f}_i). Figure 1 illustrates this situation. 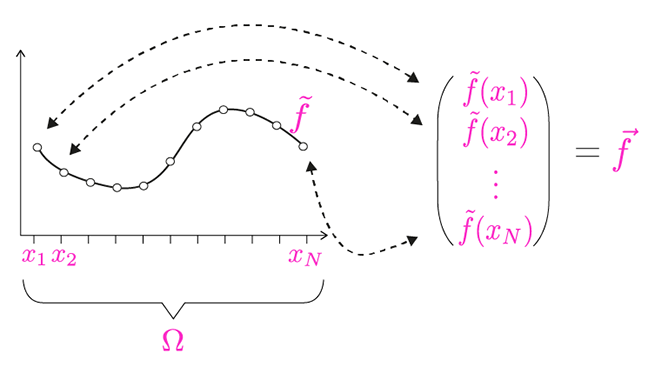 Figure 1: a discrete function can be represented by a vector and vice versa.

In shape modelling, we are interested in modelling vector fields and not scalar-valued functions. Fortunately, this is not much more complicated. Let

be a discretely defined vector field. The difference to the previous case is that each component is now a vector, i.e. (tilde{u}(x_i) = (tilde{u}_1(x_i), tilde{u}_2(x_i))^T.) As before, we can identify the vector field (tilde{u}) with a vector

Modelling (vec{u}) using a multivariate normal distribution results, as before, in a distribution over the (discrete) vector field (tilde{u}).

From vectors to function

Gaussian Processes make it possible to model a distribution over functions without choosing a discretisation up front. The intuition is the following: to model a 2D vector field, we define a Gaussian Process (GP(mu,k)) with mean function (mu : Omega to mathbb{R}^{2}) and covariance function (k : Omega times Omega to mathbb{R}^{2 times 2}). These functions define the mean deformation (mu(x)) for all the points (x in Omega) and the covariance (k(x,x’)) between the deformations for any pair of points (x) and (x’). This allows us to define normal models for functions that are defined using an arbitrarily fine discretisation. Since, in practical applications (i.e. for computer implementations), we always work with a discretisation, this is already an almost perfect situation. It allows us to choose for any application the discretisation that yields the desired accuracy.

From a mathematical point of view even more can be done. A Gaussian Process model still defines a valid distribution over functions even if we consider all the points of the continuous domain (Omega). The mathematical details are quite technical, which makes Gaussian Processes appear complicated. But the intuition that we build up for the finite domains is exactly right and we do not have to take these mathematical subtleties into account in this course.