Skip main navigation
Home / History / Superpowers of the Ancient World: the Near East / The Osiris Mysteries at Abydos

The Osiris Mysteries at Abydos

To complete this section of the course, read this short article on the Osiris Mysteries at Abydos, and reflect on why our soldier left a statue here. 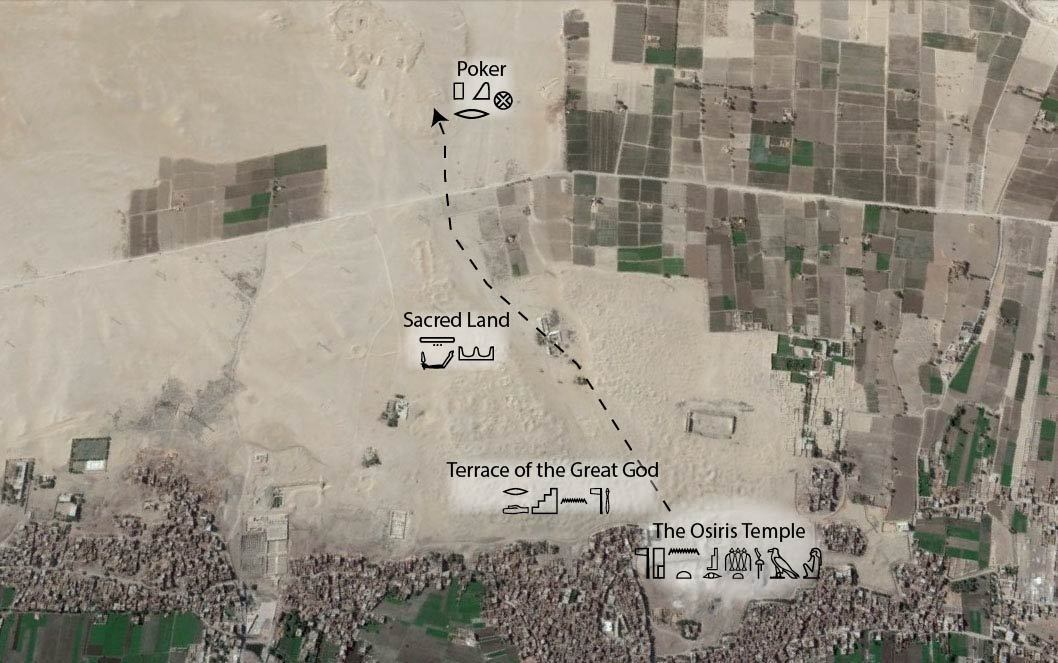 The Heart of the cult of Osiris at Abydos was the annual festival at which his cult-statue was brought, in a ritual boat carried aloft by priests, in procession from his temple to his supposed tomb at Umm el-Qa’ab (‘mother of pots’). The festival procession has two fundamental components—a public section during which the divine image passed through the cemetery abutting the temple’s western side, and a private section out in the desert where the secret rites concerning the mysteries and passion of Osiris were performed.

Let’s concentrate on the route of the festival to better understand where someone like our soldier, Sa-Djehuty, may have positioned himself and what he hoped to achieve here at Abydos.

The exact location and scope of the various Egyptian place names used are still a matter of debate. However, the map above gives a plausible version.

The starting point of the festival procession was the Osiris Temple, housing the statue of the god. There were actually two outward processions—the ‘procession of Wepwawet’, and then the ‘great procession’ of Osiris. Stelae (an upright stone slab inscribed with hieroglyphs and images performing as the focus of cultic activity for an individual) were concentrated near the western entrance to the temple, in an area of high ground known as the ‘terrace of the great god’, so that the deceased could look upon the emergence and return of the gods (and for this reason texts on stelae often mention appropriate actions, like ‘kissing the ground’ and ‘giving praise’ as the image of the gods pass by). This is quite possibly the context for our soldier’s statue. The procession crossed the terrace before descending into a wadi known as the ‘sacred land’. The god then proceeded out into the desert on the ‘god’s boat-journey’ to ‘Poker’ where the divine mysteries and rites were performed. Abydos had a long history as one of the most sacred sites in the country since it was at Umm el-Qa’ab that the earliest kings were buried.

We can see that by the time of our soldier, Sa-Djehuty, Abydos was still an important place to be buried, or to leave a commemorative object, such as a statue. Through this eternal presence, the deceased hoped forever to identify with Osiris, leading to a successful afterlife. In the coming weeks, I’ll not only present other relevant objects to Sa-Djehuty’s life, I’ll ask you to collaborate with each other in analysing them.