Skip main navigation
Home / History / Superpowers of the Ancient World: the Near East / A Mysterious Statue Head in the Garstang Museum of Archaeology

A Mysterious Statue Head in the Garstang Museum of Archaeology

The head of this unnamed individual could well be of one of this week's most important military leaders. 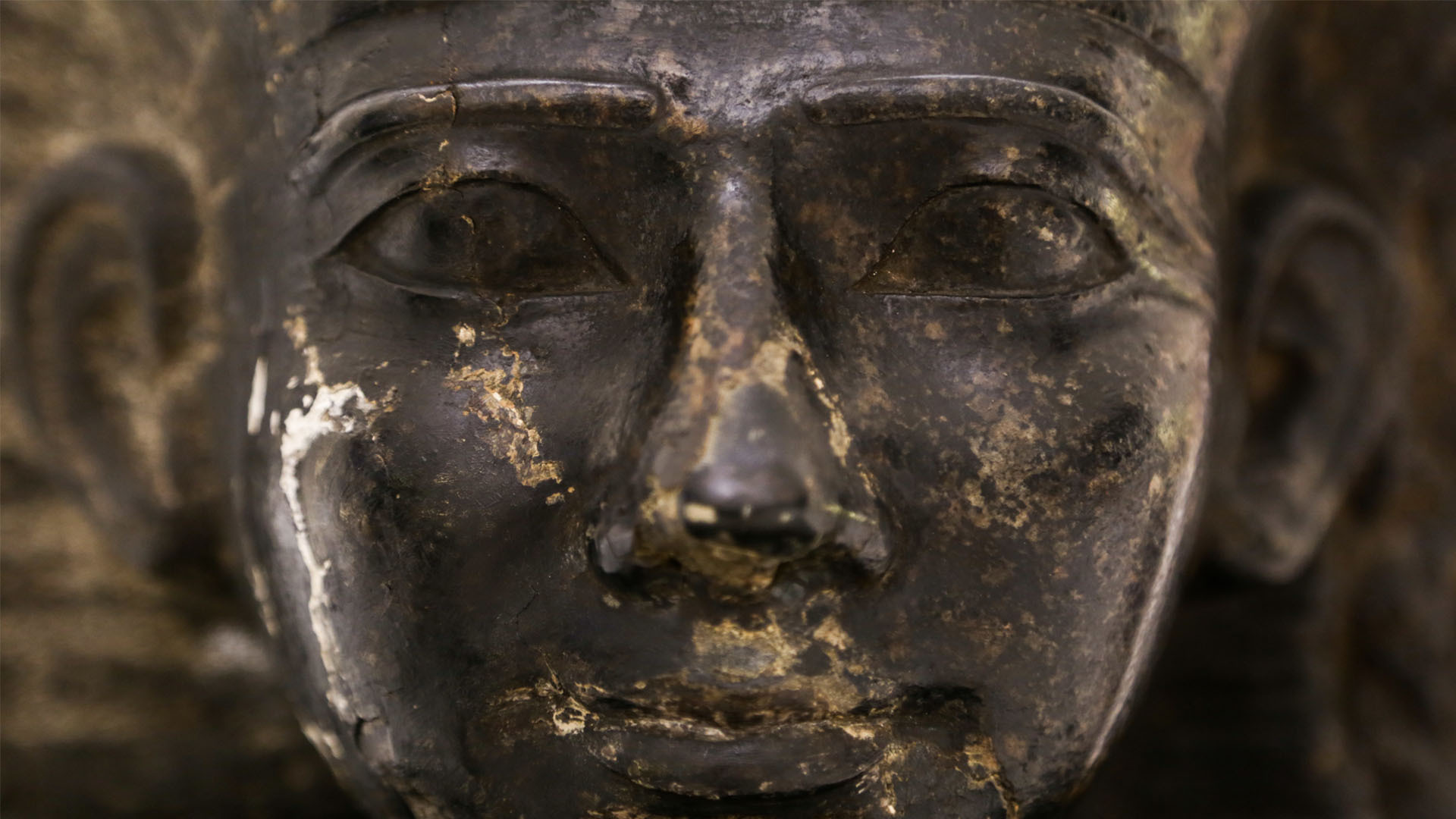 This unnamed statue head in the Garstang Museum of Archaeology could well be one of this week’s most important individuals. Although, at first sight, we have little to go on (we have no context for the head), closer inspection of the head reveals some useful clues.

What type of person is this?

The nemes headwear suggests a Pharaoh. This is confirmed by what remains of the protective cobra adornment that would have risen on the king’s brow.

What Egyptian period would this king have belonged to?

Although there were hundreds of ancient Egyptian kings, style changed over time, and so it is possible to identify the period to which this head belongs based on its features. The rounded face and almond-shaped eyes are features that point to the New Kingdom (Dynasties 18-20).

Which family of Pharaohs would this king have been a member of?

Similarly, individual families of Pharaohs had particular features, and the slight smile and full lips alongside the aforementioned plump face and almond-shaped eyes suggest that this is one of the early 18th Dynasty Pharaohs. In particular, these are traits of the Tuthmosis family.

We have a choice of 4 rulers: Tuthmosis I, II, III, IV. Of these, we have seen that the most prolific in terms of campaigning are Tuthmosis I (who established his border all the way to the Euphrates), and Tuthmosis III (who led Egypt to victory at the Battle of Megiddo).

Tuthmosis III was also known for extensive building work within Egypt, building or embellishing major temples, and temples are always prime candidates for the erection of royal statuary. On this basis, we could well be looking at a statue of the so-called Napoleon of ancient Egypt: Tuthmosis III.

A key job of archaeologists is to question interpretations. How rigorous do you find the interpretation above? Are there particular assumptions made that require more detailed investigation? What questions would you ask of this object?

For more detail on Tuthmosis III and his statuary, and how to interrogate them, see the articles at this link: The Ostracon: The Journal of the Egyptian Study Society. Volume 15, Number 2 (2014)