Professor Helen Bilton shares her observations from an outdoor activity at a secondary school, and discussions the learning outcomes from the activity 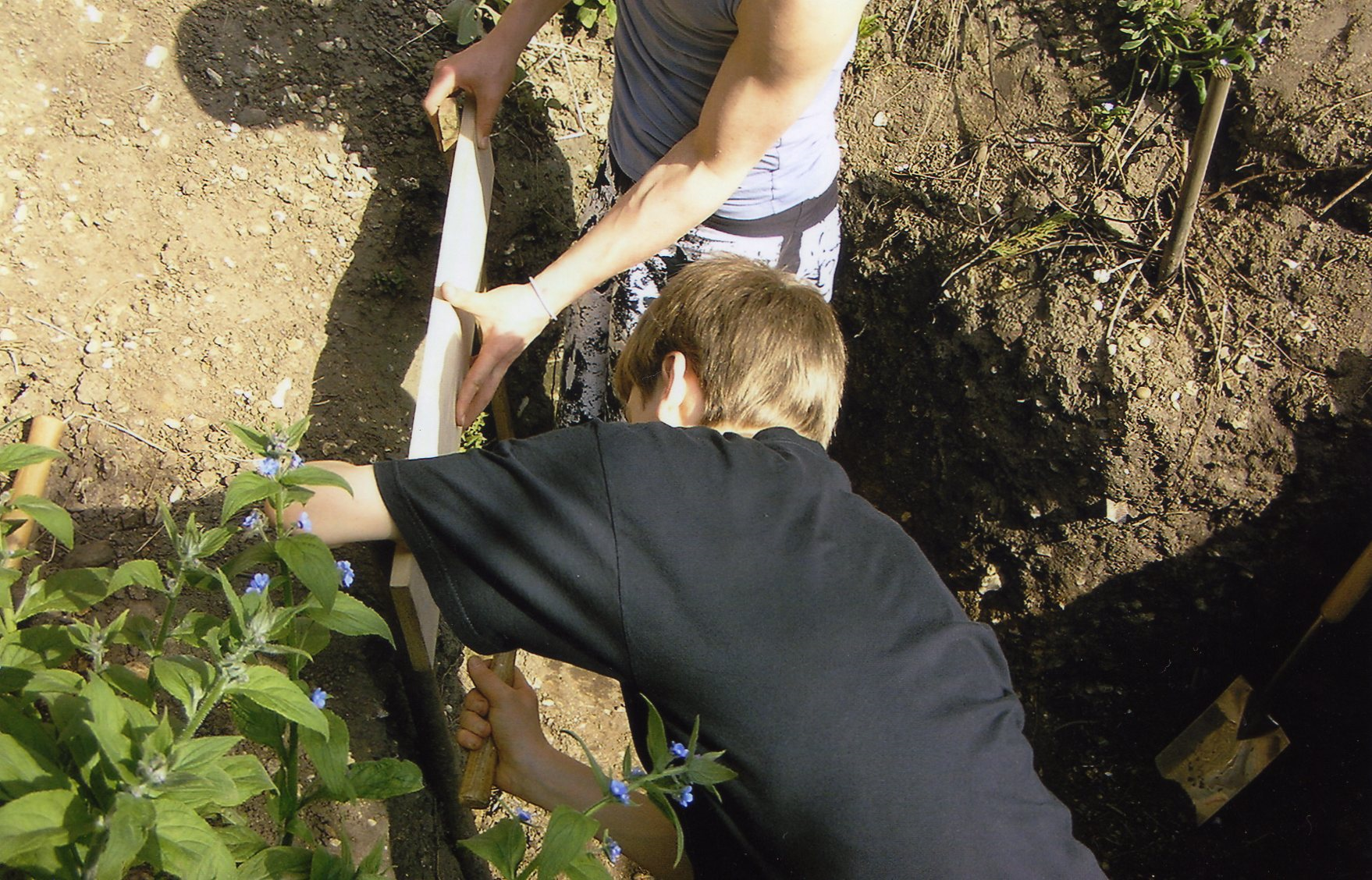 In this Step you’re introduced to a real life example Helen observed. Read through her notes taken from her observation about two year 11 pupils, both aged 15 years:

“Two fifteen year olds were interested in the First World War. They had watched TV programmes and films, read many books, discussed it with the History teachers and their parents. A comment from a teacher set the 2 pupils on a new adventure. The teacher had been discussing what it might have been like to be in a trench; waiting in the thick mud, lashing of rain, with little food and the constant fear of being attacked. The teacher remarked ‘none of you would know what it’s like to be in that situation – unless you were there – which none of you was!’ The bell sounded and the matter seemed to be forgotten. However, it hadn’t for these two boys. The teacher’s comment about them not being able to understand the situation stayed in their thoughts.
Over the next three weeks, the boys planned to build a trench – their height and about three-man width. They built duckboards to walk on and used trench sheets to stop the walls collapsing. They role-played and spent a lot of time being on opposing sides, either attacking or defending, running and diving for the trench, or hiding and appearing for battle. They even attempted to empathise with the soldiers who exposed themselves to danger, when hauling themselves over the top of the trenches.”

Before you move on, take a few minutes to consider the following:Share your ideas and post them on the discussion board below.
© University of Reading

Hi there! We hope you're enjoying our article: Case study: Learning outdoors
This article is part of our course: Supporting Successful Learning in Secondary School