How systems can spiral out of control

Reinforcing feedback can make systems spiral out of control. For example, a run on a bank. 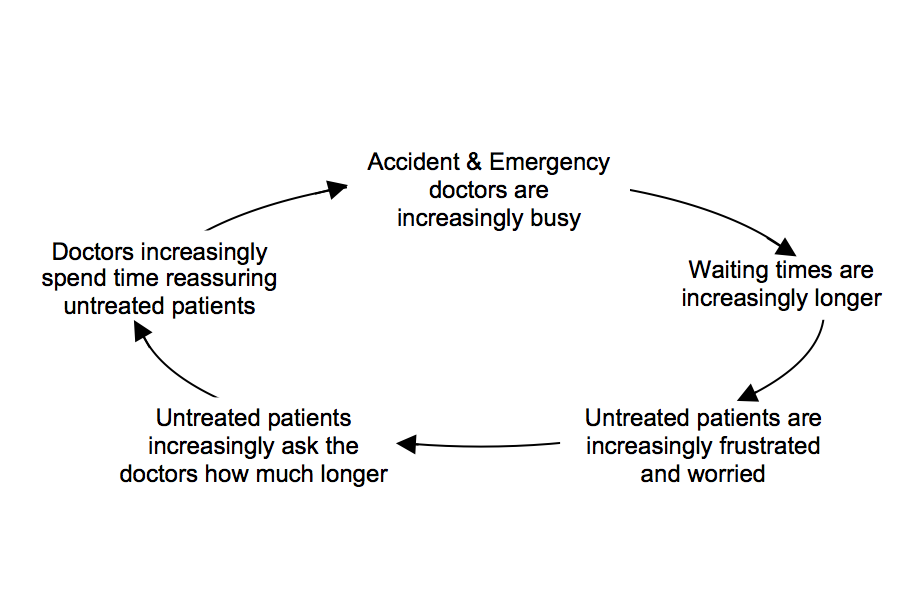 There is another kind of feedback loop that can make systems spiral out of control. The example above shows one of increasing frustration for patients and increasing pressure on doctors.

Another example is ‘flaming spirals’ of social interaction, when people get increasingly angry and rude to each other. This is particularly common on the internet, where people don’t get the usual feedback cues that moderate what we say in face-to-face interactions.

Yet another example is people being unable to pay loan sharks so that their debt increases and increases with potentially devastating consequences.

Of course, not all reinforcing feedback is undesirable. If you invest a capital sum and repeatedly invest the interest, your capital sum increases exponentially.

Do you know of any examples of reinforcing feedback? What happened? Were the outcomes desirable or undesirable? Can you think of examples of feedback that caused a system to spiral out of control? Give your answers and views in the comments below.