System maps show the components and boundary of a system in time. A system map is effectively a list of components. 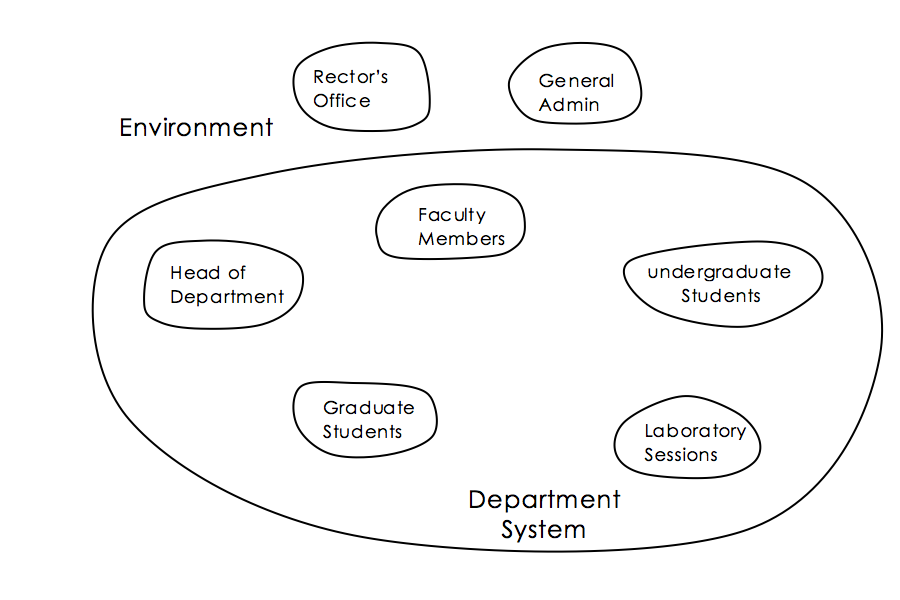 A system map shows the components and boundary of a system and the components of the environment at a point in time. A system map is effectively a list of components, but some people find the graphical representation easier to assimilate. The main use of a system map is to help structure a system and communicate the result to others. It allows you to: clarify thoughts at an early stage of analysis; decide on structural elements for a more detailed diagram of a different type; experiment with boundaries; decide on the level of interest, i.e. ‘focusing’; and communicate to others the basic structure of the system.The elements of systems maps are blobs and words. Linking lines are not permitted.

The guidelines for drawing system maps are:

The systems map above shows the components of a university system, but not the relationships between them.

Hi there! We hope you're enjoying our article: Systems maps
This article is part of our course: Systems Thinking and Complexity