How important is our first contact with microbes? Read to learn more. 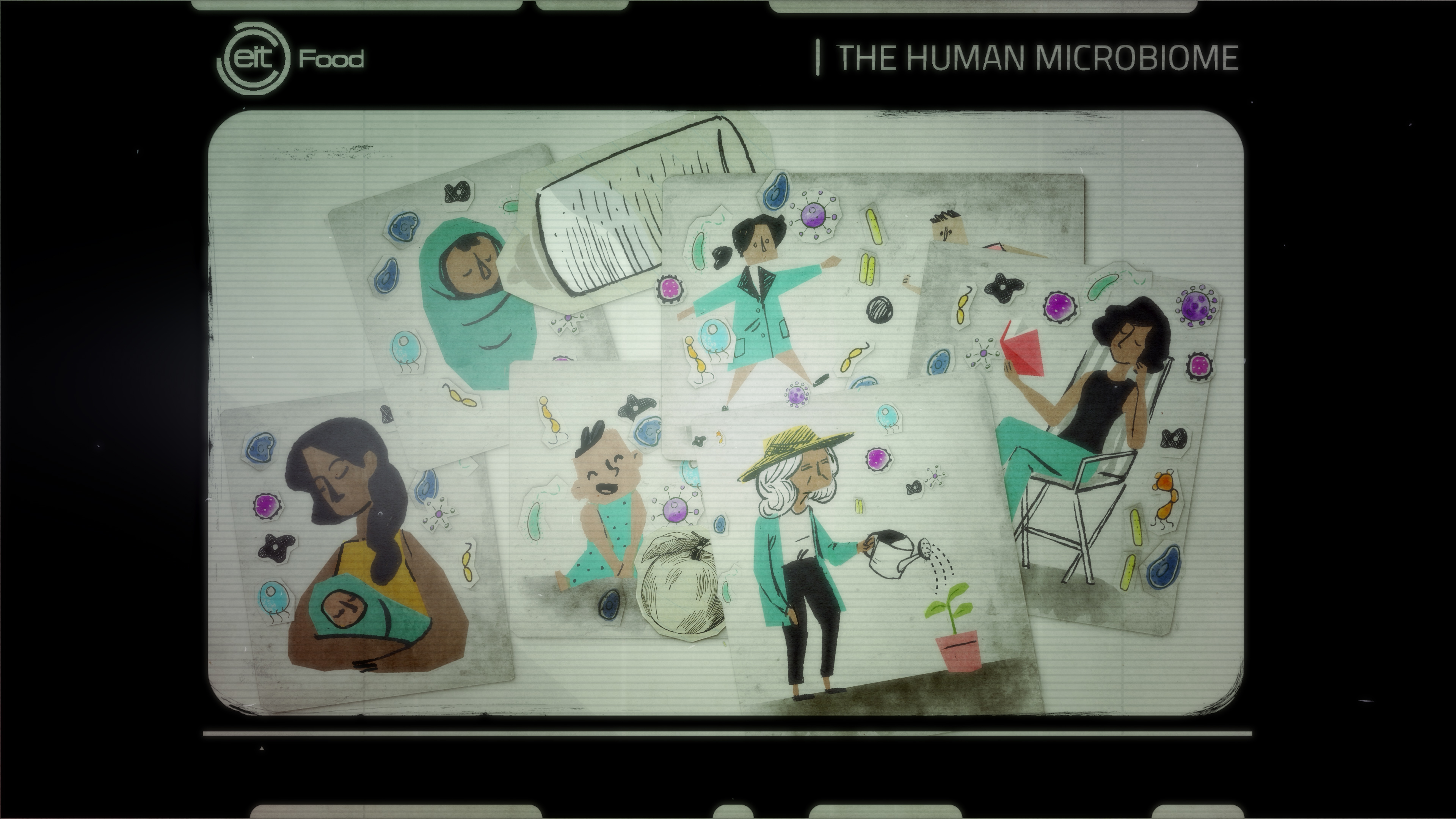 “First contact” between microbes and their host represents a critical time in human development when the foundations for lifelong health are laid down. Disturbing these early microbial ecosystems has both short- and long-term consequences, which we will learn about here.

Did you know that the maternal microbiome changes during pregnancy?

Pregnancy is a time for big changes; with shifting hormone levels and changes in the immune system and metabolism corresponding with foetal development. The maternal microbiome also changes over the course of pregnancy. In the gut, there is a reduction in the diversity of microbes’ present but an increase in certain ones including beneficial bacteria like Bifidobacterium, which may be linked to pregnancy hormones enhancing their growth. Within the vagina, protective Lactobacillus species dominate, with increasing levels of certain species like Lactobacillus crispatus occurring during pregnancy. Certain factors such as antibiotics, diet, gestational diabetes, and pre-pregnancy body mass index may further change the microbiome. This may have consequences such as preterm birth; for example, antibiotic use during pregnancy has been linked to 25% of premature deliveries.

What is the origin of the infant microbiome?

Transmission of microbes from the mother to their infant represents an important ‘seeding’ event for the establishment of the early life microbiome, as in the womb developing infants remain largely isolated from exposure to microbes.

So where do babies get these first microbes from?

During, and shortly after birth the infant is rapidly exposed to and becomes colonised by bacteria, fungi, and viruses, which may colonise for short or longer periods of time. Birth mode plays a significant role in determining this initial ‘inoculation’. C-section infants show a gut bacterial composition more like what we would expect the skin microbiome to look like (e.g. Staphylococcus), and they also appear to have higher levels of hospital-associated microbes such as Enterococcus and Klebsiella.

Contrastingly, babies born vaginally are colonised by bacteria such as Bifidobacterium and Bacteroides, with recent work suggesting these originate from the mother’s gut microbiota and are therefore potentially acquired during the birthing process (through contamination from the mother’s stool microbiota). After birth other close family members (and even pets!) may also act as sources of microbes. The colonisation of these first microbes overlaps with when the immune system is rapidly developing and previous studies have linked C-section delivery with increased risk of allergic-type diseases, including asthma and atopic dermatitis.

How does the infant microbiome grow?

The early life microbiota is constantly changing and developing, until 2-3 years of age when we reach a relatively stable adult microbial community. Alongside enhanced bacterial diversity, we also see the so-called a ‘virome’ emerging and changes in fungi present e.g. Candida. One of the major factors that shape the early life microbiota is diet. High levels of Bifidobacterium are associated with breastfeeding, while formula feeding supports a wider diversity of microbes, but a reduction in overall Bifidobacterium levels. Why do we see these big differences? Breast milk contains sugars called human milk oligosaccharides (HMOs) that can only be digested by certain microbes – including Bifidobacterium. Therefore, breast milk encourages Bifidobacterium growth and allows this beneficial group of bacteria to outcompete other potentially pathogenic microbes.

Another factor that shapes the infant microbiome is antibiotics, with infants receiving ~3 courses of antibiotics before they are 1 year old. For the early life microbiome, this represents a period when antibiotics may have an ‘oversized’ and negative impact.

Antibiotics are critical for fighting off serious bacterial pathogens, but they do not discriminate between bad and good bacteria. Studies suggest that early-life use of antibiotics can strongly reduce the variety of microbes present in the infant’s gut (such as Bifidobacterium) and that this may link with increasing incidence of chronic gut diseases such as inflammatory bowel diseases.

So, if we can disrupt the developing infant microbiome, can we restore the microbes that are not present or maybe at low levels? A simple approach often used in infants is supplementation with probiotics. Traditionally, Lactobacillus and Bifidobacterium members have been used, however, there are currently no fully licensed probiotics as the scientific evidence is not yet robust enough. However, in certain cases probiotics have been used successfully, such as is the case for preterm infants. These at-risk babies often have very low levels of Bifidobacterium compared to full-term infants, and supplementation has been shown to positively modulate the gut microbiome and reduce the incidence of serious infections. Other options include providing donor breast milk if maternal breast milk is not available, and supplementing formulas with individual breast milk sugars, although this will never completely mimic the gold standard of whole breast milk. 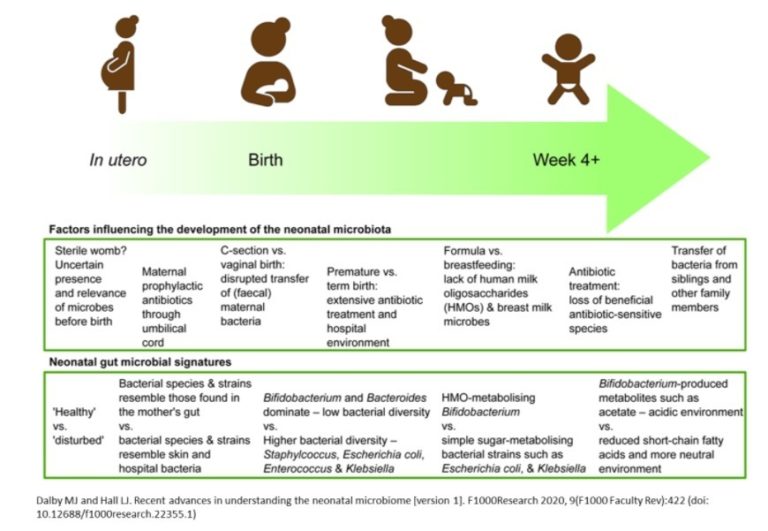