The economic impacts lie in the heart of tourism as a commercial activity which stimulates its emergence and growth.
© Coventry University. CC BY-NC 4.0 Images © Getty Images

These economic impacts include the direct, indirect, and induced impacts tourism might have on GDP, trade and investment at national, regional, and global levels.

The direct level of impact is the value of tourist expenditure less the value of imports necessary to supply those ‘frontline’ goods and services.

Tourist expenditures might be for goods and services in the destination, in the form of business receipts, income, employment, and government receipts from the sectors that directly receive the tourism expenditure.

The induced effects are the income accrued within the destination by local residents in the form of wages, salaries, distributed profit, rent and interest.

The addition to local income will, in part, be respent in the local economy on goods and services and this will generate yet further rounds of economic activities (Fletcher et al., 2018).

The economic multiplier and leakages

Indirect and induced benefits are also referred to as the secondary effect or multiplier effect.

Multipliers measure the effect of revenues introduced into an economy.

Revenues may ‘leak’ out of the local economy in the form of: payment for imported goods and for promotion and advertising by companies based outside the destination (import leakages), repatriation of profits to foreign corporations and salaries to non-local managers (export leakages) money saved (without re-investment) (Boz, 2012; Fletcher et al., 2018).

The full effect of direct and indirect, as well as multipliers and leakages, is demonstrated in this figure: 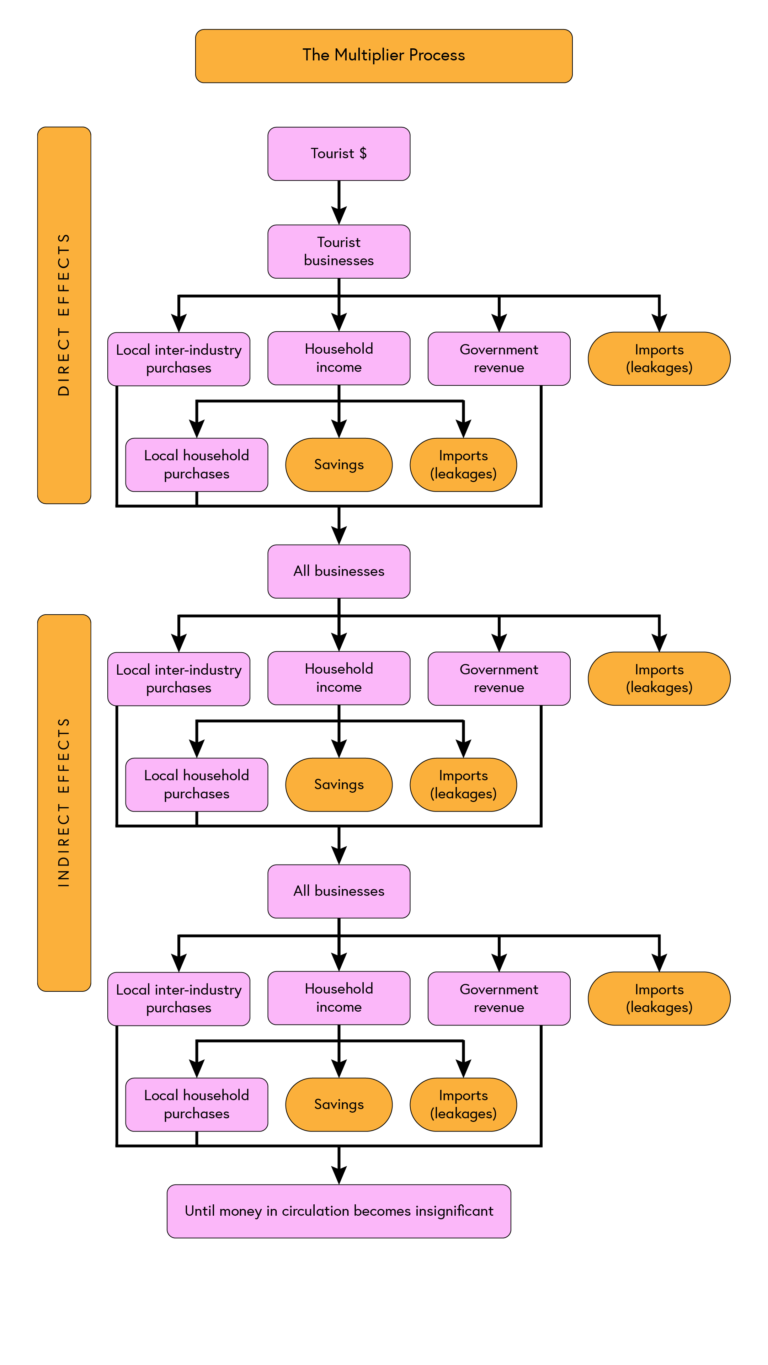 The figure is expandable and adapted from Fletcher et al. (2018)