In this article we introduce you to the principles of normative influence. 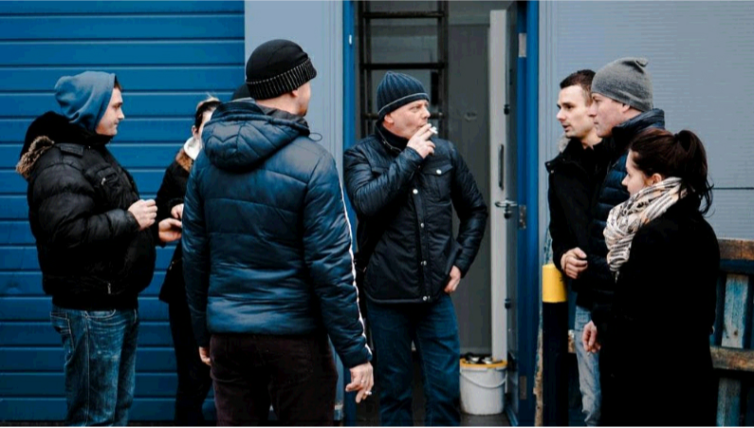 Theory on innovation diffusion describes how a critical mass of connected people adopting a new behavior can spread a norm change through a social network.

Take smoking as an example. In the past it was quite common that people were smoking indoors, even inside the house of non-smokers. However, a group of well-educated people realized that smoking is a very unhealthy habit, and decided either to quit, or not to start at all. In the beginning, in a few places this resulted in non-smoking inside of houses. Soon this norm was spreading, also supported by policies that banned smoking in public spaces.

In terms of innovation diffusion, we can say that pioneers may invent a better behaviour. If others recognize individual benefit of this behaviour, a local cluster of adopters may emerge. The more socially infectious this group is, and the more visible, and easy to copy the new behaviour, the faster and wider the behaviour will spread. Role models or hubs are often critical in this process. The tipping point occurs when sufficient positive normative feedback emerges, causing the new behaviour to become normal.

The theory of Innovation Diffusion by Everett Rogers (1962) has become very influential in explaining how this works. In the graph below you see the yellow S-shaped curve indicating how many people adopted the new behaviour or product. The blue normal distribution explains how many people fit in the category of innovators, early adopters, early majority, late majority and laggards. 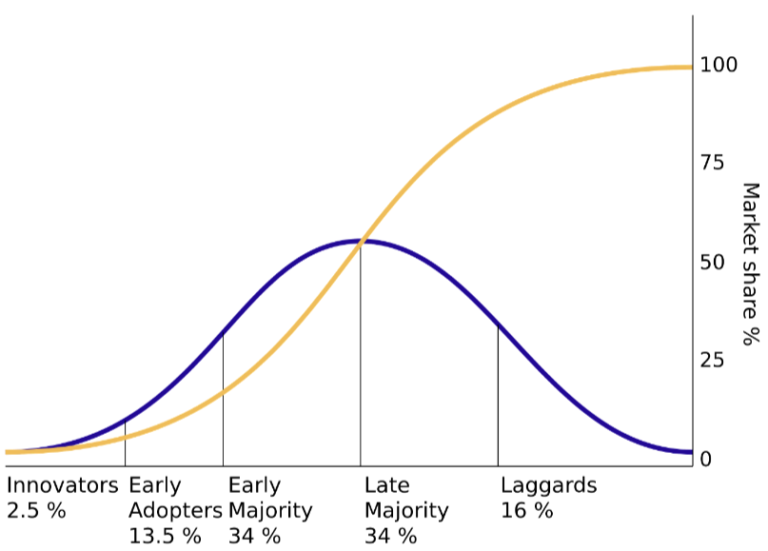 Figure: The diffusion of innovations according to Rogers (source: Wikipedia).

Simulation models contribute to understanding the dynamics of such tipping points, and they are important in understanding how groups of people can change their behaviour in e.g. a more healthy or environmentally sustainable direction.

For a short article on how norms play a role in processes of societal change please read: