Leanr from the good example of Transmedia started from literature that Prof. Hyuk worked on. 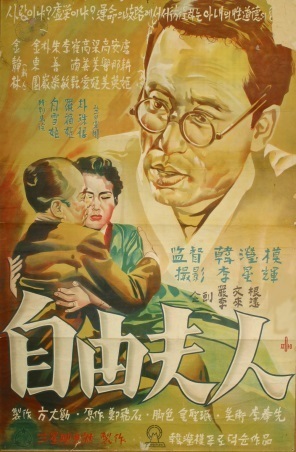 The above image shows the cover of what could be called Korea’s first bestseller, Madame Freedom (1954), by Jeong Bi-seok.

At a time when Korean society was gradually becoming acquainted with Western culture, dancing developed a peculiar association with Western refinement, becoming a symbol of both sophistication and freedom. In such an environment, Madame Freedom caused a huge sensation, eventually being made into four different films. Some production companies are considering whether another adaption could be made for modern audiences, though dance is not the same symbol of freedom that it was when the original book was written.

For this reason, I decided to produce a stage adaptation. The performance utilized various stage sets and devices for different effects, mixing elements of modern dance and contemporary musicals. As mentioned earlier, the techniques of storytelling and the art of directing can be reduced to how a producer chooses to arrange and package a story.