Learn about the evidence base used by the first dictionaries.
© Barbara McGillivary. CC BY-NC 4.0

There is no space here for a full account, but we will mention some key dates to give you an idea of the richness of this tradition. 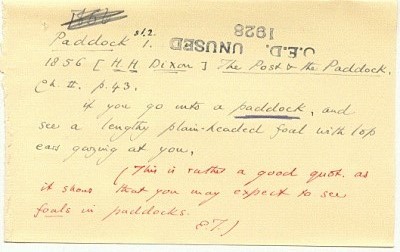