There’s increasing evidence to suggest it’s the sugar, rather than the fat, in our diets that’s the major contributing factor to growing waistlines. Luckily, there are a number of alternative ways to sweeten recipes without adding table sugar.Let’s explore some of them. 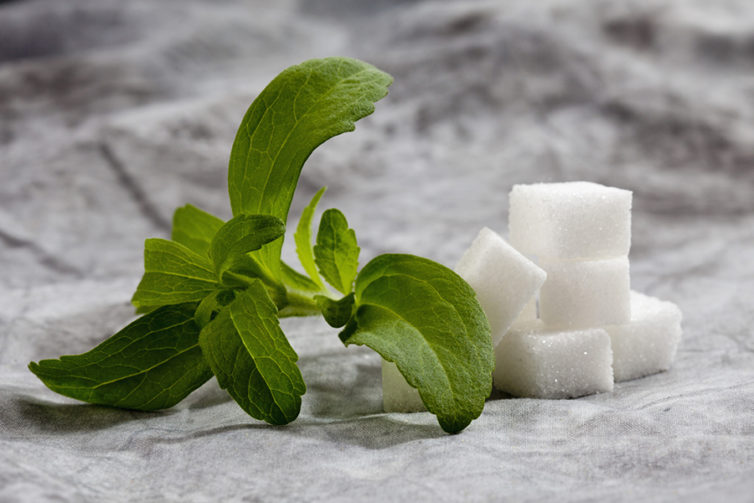 There’s increasing evidence to suggest it’s the sugar, rather than the fat, in our diets that’s the major contributing factor to growing waistlines. Luckily, there are a number of alternative ways to sweeten recipes without adding table sugar.

Let’s explore some of them.

Stevia is natural sweetener extracted from the leaves of a South American shrub (Stevia rebaudiana). It’s widely used in the food industry and can be found in a range of products, from yogurts and confectionery to food supplements.

The compound responsible for the plant’s sweetness is called a glycoside and is present in the leaves. Steviol glycosides are said to be up to 300 times sweeter than sugar. With no calories, sugar or carbohydrates, stevia’s GI is 0. That said, because pure stevia extract has a bitter aftertaste, many stevia-based sweeteners are blended with other sugars and artificial sweeteners to make them tastier. Should ingredients like dextrose, maltodextrin and sucrose be used, then you can expect the stevia product to have a blood sugar impact, making it important to check labels before you buy.

Although 100 per cent natural with no known health implications, there is still much to learn about this zero calorie sweetener.

Unfortunately, many commercial stevia products are highly processed and as a result not always as healthy as their ‘natural’ label might suggest. That said, if your priority is for a sweetener which doesn’t add calories, affect blood sugar or insulin levels, or contribute to tooth decay, stevia may be the choice for you. 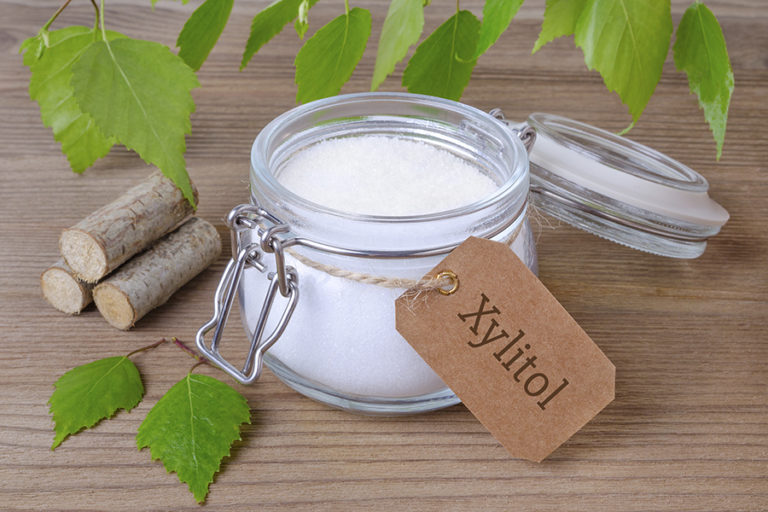 Xylitol is a sugar alcohol with a sweetness similar to table sugar. It’s extracted from the natural fibres of birch and beech trees, rice, oats and wheat, although the product you buy in the shops is more likely to be made from corn.

Xylitol is made from the starchy polysaccharides found in the cell walls of these plants. Once extracted and processed, a white, crystal like powder is formed which looks very like a fine table sugar. With a GI of only 8-10, it has little effect on blood sugar levels and benefits from having very little fructose content.

Xylitol supplies 2.4 calories per gram, which is 40 per cent less than table sugar, relies on the liver for metabolism and is slowly absorbed.

Considered a good option for dental health, xylitol doesn’t cause dental decay like sugar does. That said, it does have its downsides – when eaten in high quantities, it may cause gas, bloating and even have a mild laxative effect.

During the extraction process, chemicals are added to produce xylitol which may limit its all ‘natural’ claims. However, if your focus is on reducing calories, minimising blood sugar impact and cutting fructose, xylitol may be worth a try. 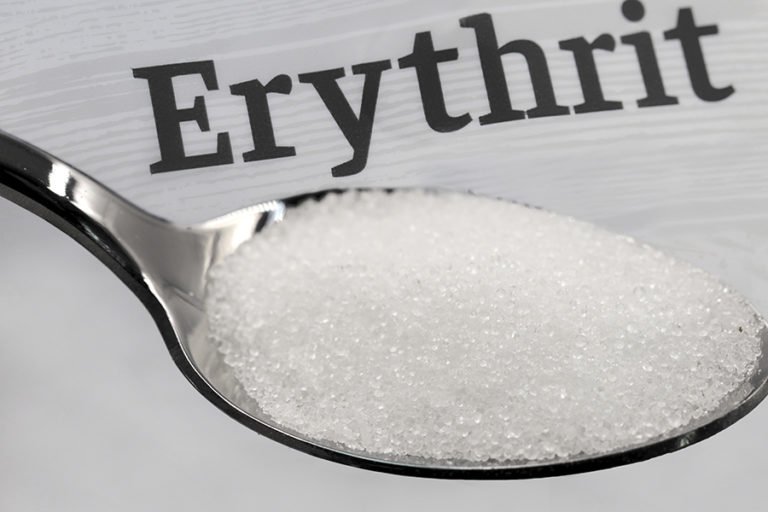 Another sugar alcohol, erythritol has even fewer calories than xylitol and tastes almost identical to sugar, making it an easy swap. It’s made by fermenting the glucose in corn-starch and is also produced naturally during the fermentation of wine, beer and cheese.

We don’t have the digestive enzymes to break down erythritol, so most of it is absorbed into the bloodstream and excreted in our urine. For this reason, it has no effect on blood sugar or insulin levels.

With only 6 per cent of the calories yet 70 per cent of the sweetness of table sugar, it’s an attractive option. Also, because it doesn’t reach your large intestine in significant amounts, it doesn’t have the same negative effects on your digestive system as xylitol. Check labels though, it is often blended with other sweeteners such as stevia or aspartame.

Generally safe as a sugar substitute and helpful for dental health, there have been some studies suggesting we make erythritol ourselves from glucose and that high levels might be linked to abdominal obesity, although this has not been validated.

If your focus is on reducing calories, minimising blood sugar impact and cutting fructose and you want a sugar-like product, erythritol may be worth a second look.