This is an article on assessing the disease-vector landscape and planning vector control by London School of Hygiene & Tropical Medicine. 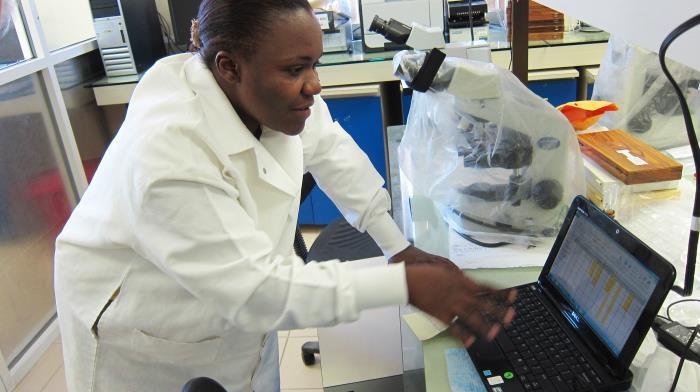 This article on assessing the disease-vector landscape and the planning of vector control accordingly is based on the Handbook for Integrated Vector Management (IVM) [1]. IVM is a rational decision-making process for the optimal use of resources for vector control [2]. It is underpinned by the principle that vector control is not just the responsibility of one sector but can be achieved through integration of all sectors concerned e.g. water, construction, agriculture. The approach seeks to improve the efficacy, cost-effectiveness, ecological soundness and sustainability of disease-vector control [2].

A fundamental step in determining the most appropriate means of vector control is to establish the burden of disease. This requires reliable, current data on disease incidence, prevalence and mortality. This should be collected for each vector-borne disease, and should extend to information on seasonal variation, subpopulations affected and economic data such as the number of work and school days lost as a result of disease.

Data should be collected through both passive and active methods, as passive data collected through records of disease diagnosis at health facilities will not include unreported cases, and may not reflect disease trends in communities. Active data collection requires organised efforts of surveillance, including sampling for symptoms or evidence of pathogens. Where possible, data collection should be linked with the health management information system to support planning, management, and decision making.

The biology, ecology and behaviour of vectors of disease should be assessed to allow a control strategy to be developed.

Vector species can be strongly associated with specific ecosystems, such as forest, plantation or urban environments, and may show different patterns of disease transmission in different ecosystems. It is therefore important for trained personnel to make an assessment of the ecosystems that are available for vectors of disease. For example, irrigated rice ecosystems harbour a different set of vectors and diseases from forest ecosystems within the same geographical region. Malaria could occur in both types but commonly transmitted by separate vector species which may occupy strikingly different breeding habitats [3, 4]. Some prefer sunlit rather than shaded areas or standing rather than streaming water. In addition, an ecosystem may be inhabited by a number of vectors that transmit several diseases to humans. For example, malaria and Japanese encephalitis are all transmitted by mosquitoes that breed in rice paddies in South Asia.

The association of the vector species with its human hosts should be established under real-life conditions, including evidence of direct contact between the vector and humans and evidence that the pathogen is inside the vector. Potential vectors of disease should be identified at the species level, which is usually possible through microscopic examination. If sub-species identification is required, this can be done through molecular techniques. Measuring the rate of infection in multiple species will help to determine if any act as major or minor vectors.

Vectors species may show seasonal patterns of abundance associated with climatic conditions, and may have preferences for certain habitats. An evaluation of these associations will help inform the types of vector control that should be implemented, and when it is most efficient to use them.

The behaviour of vectors differs between species and has implications for control interventions. Important factors to assess are whether the vector displays diurnal or nocturnal feeding patterns, whether they feed inside or outside, and whether they have a preference for human or other hosts. Knowledge of where the vectors rest after feeding and where they lay their eggs is also valuable because these are potential targets for control procedures, including the application of residual insecticides.

The use of insecticides in vector control has resulted in some species developing resistance, so it is crucial that the resistance status of target species is monitored (see 5.10 ‘Detection of Resistance’). The World Health Organisation provides a standardised protocol for testing and monitoring the susceptibility of mosquitoes to insecticides [2].

Stratification is the classification of disease endemic areas on the basis of their epidemiological and ecological characteristics, such as rates of disease incidence. It is common for stratification to use administrative borders, classifying, for example, at the district level. For example, the WHO Global Malaria Programme uses stratification to differentiate districts according to four levels of malaria endemicity: with 100, 1-100, <1 and 0 cases per 1000 population per year [5]. This allows for the allocation of budgets according to disease prevalence, and for the organisation of vector control activities by the district. More complex stratification may be employed however, adding additional variables such as land use or known distributions of vectors. Geographical Informational Systems (GIS), including portable geographical positioning devices, are helpful in stratification. Investment in capacity building for use of these tools may be warranted.

At a small scale, micro-stratification can map determinants of disease associated with local variables. For example, differences in the availability of breeding sites of concentrations of populations within a district can strongly affect the spread of disease.

An analysis of local conditions should be conducted to help understand in details when and where the risks for disease transmission occur. This should be performed at the local level, and involve local stakeholders such as health workers, local authorities and other concerned individuals. These stakeholders should also be involved in the decision-making process.

The factors that determine the spread of disease are complex, and are influenced by the characteristics of the vector, the human host, the parasite itself and the environment. Epidemiologists and entomologists will be able to provide answers to many questions related to disease prevalence and transmission, but such national-level expertise must be supported at the local level through data collected from local surveys and other exercises. The questions outlined in Table 1 should be answered to help identify the local determinants of disease.

Participatory mapping should be used at the district or village level to identify areas at greatest threat of disease and to target intervention strategies precisely. The maps may be overlaid with features such as housing, municipal buildings, patterns of movements, bodies of water and known locations of breeding sites. Detailed data can also be added from censuses, local records, surveillance data and information gathered in interviews. It may also be valuable to generate a seasonal calendar that documents peaks of disease incidence as well as climatic changes, agricultural activities and migrations of humans and animals.

The determinants of disease and their distributions should be analysed to identify meaningful temporal and spatial patterns of risk. This analysis can then inform the types of interventions to be employed. Most determinants of disease can be influenced by intervention strategies, be they changes in behaviour and the use of personal protection, more organised vector control, or environmental management.