Find out more
Home / Healthcare & Medicine / Disease Outbreak Prevention / The Global Challenge of Vector Borne Diseases and How to Control Them / What is Wolbachia?

In this article, we'll introduce you to the endosymbiotic bacterium Wolbachia. 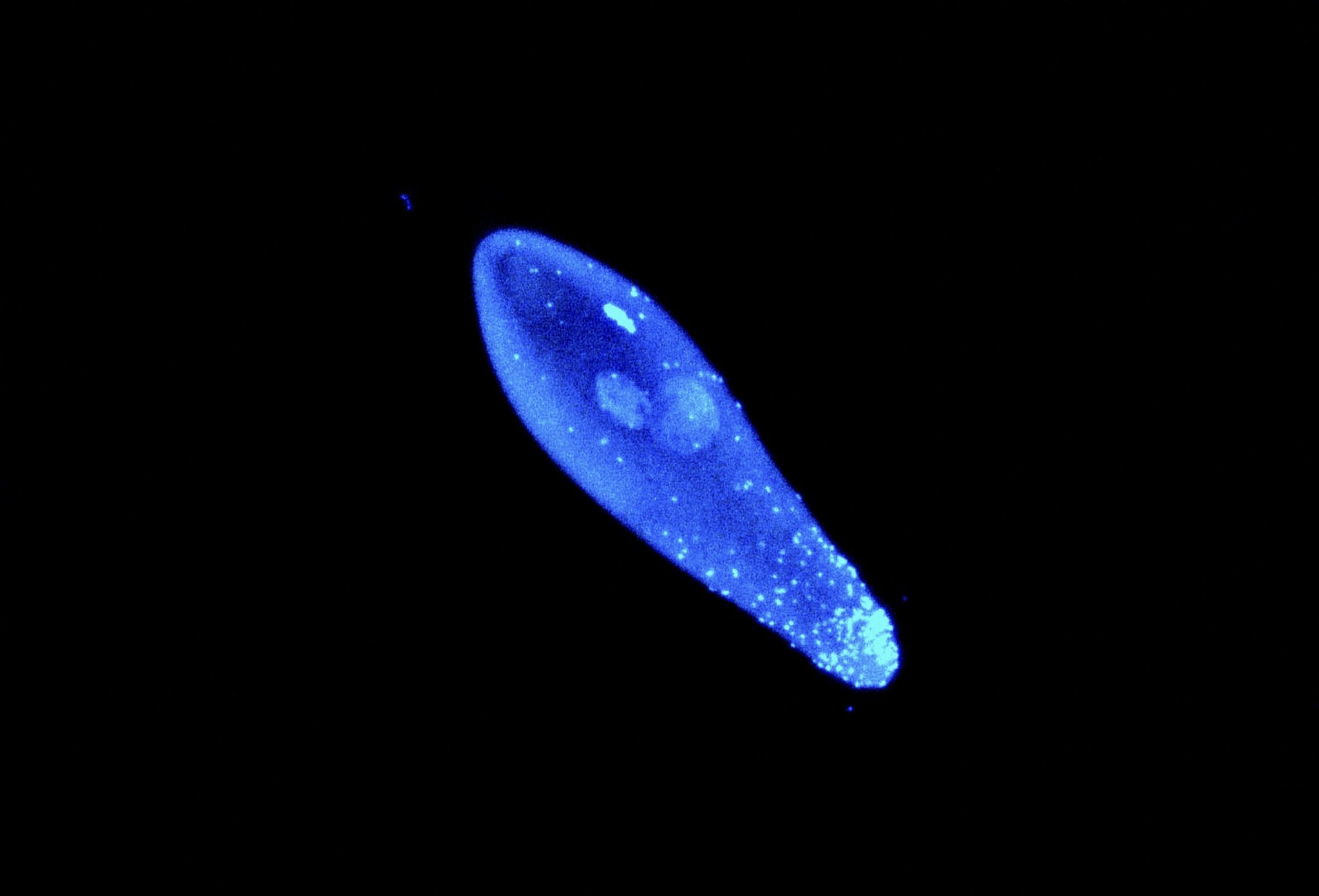 The limitations of traditional insecticide-based control strategies, particularly the development of insecticide resistance, have resulted in significant efforts to develop alternative eco-friendly methods. Biocontrol strategies aim to be sustainable and target a range of different mosquito species to reduce the current reliance on insecticide-based mosquito control. In many countries where mosquito-borne diseases are endemic, the financial burden of insecticide-based vector control programs is also prohibitive to widespread use. Environmentally friendly alternatives have been explored to help reduce the selection pressure for insecticide resistance. These various biocontrol strategies target different stages of the mosquito lifecycle with the aim of being safe for the environment and sustainable. These diverse biocontrol strategies include natural organisms that kill mosquitoes, exploiting mosquito behaviour to improve mosquito mortality, and releasing mosquitoes that are either sterile or unable to transmit disease 1.

The endosymbiotic bacterium Wolbachia naturally infects approximately 40% of insect species 2, including mosquito vector species that are responsible for transmission of human diseases. Resident Wolbachia strains are present in some major arbovirus disease vectors such as Culex (Cx.) quinquefasciatus 3-5 and Aedes (Ae.) albopictus 6, 7. Wolbachia has been considered for mosquito biocontrol strategies due to the varied phenotypic effects strains have on host mosquito species. Some Wolbachia strains can induce a reproductive phenotype termed cytoplasmic incompatibility (CI). This phenotype results in inviable offspring when an uninfected female mates with a Wolbachia-infected male. In contrast, Wolbachia-infected females produce viable progeny when they mate with both infected and uninfected male mosquitoes. This reproductive advantage over uninfected females allows Wolbachia to invade mosquito populations. The CI phenotype was utilized in trials conducted in the late 1960s to eradicate Cx. quinquefasciatus from Myanmar 8. Releasing large numbers of Wolbachia-infected male mosquitoes to compete with wild type males to induce sterility, is known as the incompatible insect technique (IIT) 9, 10. Recent field trials have been undertaken using IIT for both Ae. albopictus 11 and Ae. polynesiensis, a vector of lymphatic filariasis in the South Pacific 9.

Wolbachia strains have also been shown to protect their native Drosophila fruit fly hosts against infection by pathogenic RNA viruses 12, 13. This discovery led to an alternative biocontrol approach for dengue virus (DENV) transmission which utilizes Wolbachia’s ability to inhibit pathogen replication within mosquitoes 14-18. Wolbachia strains were successfully established in Ae. aegypti, the principle mosquito vector of DENV, yellow fever virus (YFV) and Zika virus (ZIKV), through embryo microinjection 16, 17, 19-22. Preliminary field releases demonstrated the ability of the transinfected wMel strain of Wolbachia to establish in wild mosquito populations 23 and to provide strong inhibition of DENV in wild mosquitoes 24. Recently it has been shown that Wolbachia frequencies have remained stable since deployment in an area of Townsville, Australia and to date no local dengue transmission has been confirmed after Wolbachia has established, despite local transmission events every year for the previous 13 years with a trend of increasing imported cases 25. Further releases are ongoing in DENV endemic countries and mathematical models suggest the wMel strain of Wolbachia could reduce the basic reproduction number, R0, of DENV transmission by 66-75% 26. Wolbachia strains also inhibit other medically important arboviruses including chikungunya virus (CHIKV)15, 27, YFV 28 and recently ZIKV 27, 29.

The prevalence of Wolbachia in Anopheles species has not been extensively studied, with most studies focused in Asia using classical PCR-based screening, and up until 2014 there has been no evidence of resident strains in mosquitoes from this genus 34 – 38. Furthermore, significant efforts to establish artificially-infected lines were, up until recently, also unsuccessful 39. Somatic, transient infections of the Wolbachia strains wMelPop and wAlbB in An. gambiae were shown to significantly inhibit P. falciparum 40 but the interference phenotype is variable with other Wolbachia strain-parasite combinations 41-43. A stable line was established in An. stephensi, a vector of malaria in southern Asia, using the wAlbB strain and this was also shown to confer resistance to P. falciparum infection 44. One potential reason postulated for the absence of Wolbachia in Anopheles species was thought to be due to the presence of other endosymbiotic bacteria, particularly from the genus Asaia 45. This acetic acid bacterium is stably associated with several Anopheles species and is often the dominant species in the mosquito microbiota 46. In laboratory studies, Asaia has been shown to impede the vertical transmission of Wolbachia in Anopheles 46 and was shown to have a negative correlation with Wolbachia in mosquito reproductive tissues 47.

Recently, resident Wolbachia strains have been discovered in the An. gambiae s.l. complex, which consists of multiple morphologically indistinguishable species including several major malaria vector species. Wolbachia strains (collectively named wAnga) were found in An. gambiae s.l. populations in Burkina Faso 48 and Mali 49, suggesting that Wolbachia may be more abundant in the An. gambiae complex across Sub-Saharan Africa. Globally, there is a large variety of Anopheles vector species (~70) that have the capacity to transmit malaria 50 and could potentially contain resident Wolbachia strains. Additionally, this number of malaria vector species may be an underestimate given that recent studies using molecular barcoding have also revealed a larger diversity of Anopheles species than would have be identified using morphological identification alone 51, 52. A more recent study has shown additional resident Wolbachia strains in malaria vectors: An. coluzzii from Ghana, An. gambiae s.s., An. arabiensis, An. moucheti and An. species ‘A’ from the Democratic Republic of Congo (DRC) 53. Variable prevalence rates in different locations were observed and novel strains were phylogenetically diverse. This study also showed that Wolbachia is the dominant member of the microbiome in An. moucheti and An. species ‘A’, but present at lower densities in An. coluzzii. Interestingly, no evidence of Wolbachia/Asaia co-infections was seen and Asaia infection densities were also shown to be variable and location dependent 53. Novel Wolbachia strains (particularly high density strains) are ideal candidate strains for transinfection to create stable infections in other Anopheles mosquito species, which could be used for population replacement or suppression control strategies. The discovery of novel Wolbachia strains provides the rationale to undertake vector competence experiments to determine what effect these strains are having on malaria transmission. The tissue tropism of novel Wolbachia strains in malaria vectors will be particularly important to characterise given that this will determine if these endosymbiotic bacteria are proximal to malaria parasites within the mosquito. It would also be important to determine the additional phenotypic effects novel resident Wolbachia strains have on their mosquito hosts. Wolbachia transinfection success is partly attributed to the relatedness of donor and recipient host so the transfer of high density Wolbachia strains between Anopheles species may result in stable infections (or co-infections) that have strong inhibitory effects on Plasmodium development. Finally, if the resident strain present in An. moucheti is at low infection frequencies in wild populations, the alternative strategy of IIT could be implemented where Wolbachia-infected males are released to suppress the wild populations through CI.

The application of Wolbachia-based biocontrol strategies to diseases transmitted by other insects is far less advanced, principally due to the inability to transinfect target insect species. Insect embryo microinjection has played an integral role as the first step in the development of novel control strategies that are undergoing preliminary field trials in arbovirus endemic countries. The application of these novel vector control strategies for leishmaniasis requires the development of a protocol that would allow collection and injection of preblastoderm vector sand fly eggs. Recently, a method was developed to microinject sand fly eggs of the genus Lutzomyia (Lu.) longipalpis (the vector of zoonotic visceral leishmaniasis in South America) using a Wolbachia strain from Drosophila melanogaster eggs as a ‘marker’ for successful injection 54. Resident Wolbachia strains are found in some species of sand flies in both field-caught and laboratory colonies indicating stable infections could be achievable. Would a high-density strain of Wolbachia inhibit Leishmania parasites in sand flies? This could only be confirmed through successful generation of a stable line. Wolbachia strains have been found inhibiting filarial nematode parasite development in Ae. aegypti 55 but the tissue tropism of introduced Wolbachia strains in sand flies would be crucial to determine if Leishmania parasite development would be inhibited within sand flies.