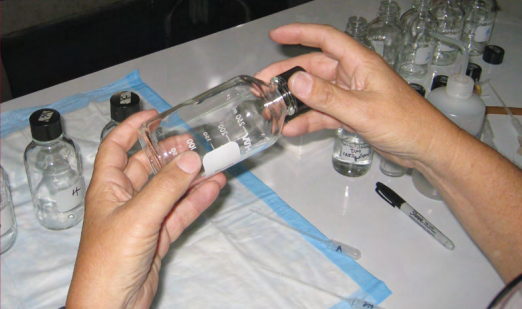 The first of the modern synthetic insecticides to be widely used to control insects that transmit diseases to humans was DDT. This organochloride was initially used with great effect to combat malaria, typhus, and other insect-borne diseases. Unfortunately, in some areas the process of natural selection has favoured insects that are resistant to DDT, as well as to other insecticides, and this has created a challenge to the control of disease vectors.

When insects are exposed to a new chemical insecticide the majority of them will be immobilised or killed, but in a large population there may be a small number that survive. These individuals that are not killed may have a slightly different genetic make-up, a mutation, that allows their bodies to evade or breakdown the chemical: they are said to be ‘resistant’ to the insecticide. If these resistant insects breed they may pass on this ability to tolerate that particular chemical to their offspring, and with time this insecticide resistance can become widespread in a population. The consequence is that the insecticide is no longer useful for controlling the insect population.

Resistance to insecticides can be caused by a variety of physiological changes within the insect, including structural changes to the target site of the insecticide, increased activity of enzymes that are able to detoxify the insecticide, and changes in the insect cuticle that slow down absorption of the chemical. Some insects show behavioural resistance, in which they may avoid the effects of the chemical through a change from their normal activity. An example is a preference of mosquitoes to take a blood meal indoors then retreat outside to digest the meal, thereby avoiding contact with indoor residual sprays that have been applied to interior surfaces 1.

IRMapper is an online resource that presents records of insecticide resistance and susceptibility in Aedes and Anopheles mosquitoes 3. A snapshot of data collected in Africa shows that resistance of Anopheles species to pyrethroids is widespread, and there is evidence of resistance to the other classes of insecticide in these and other genera 4, 5. 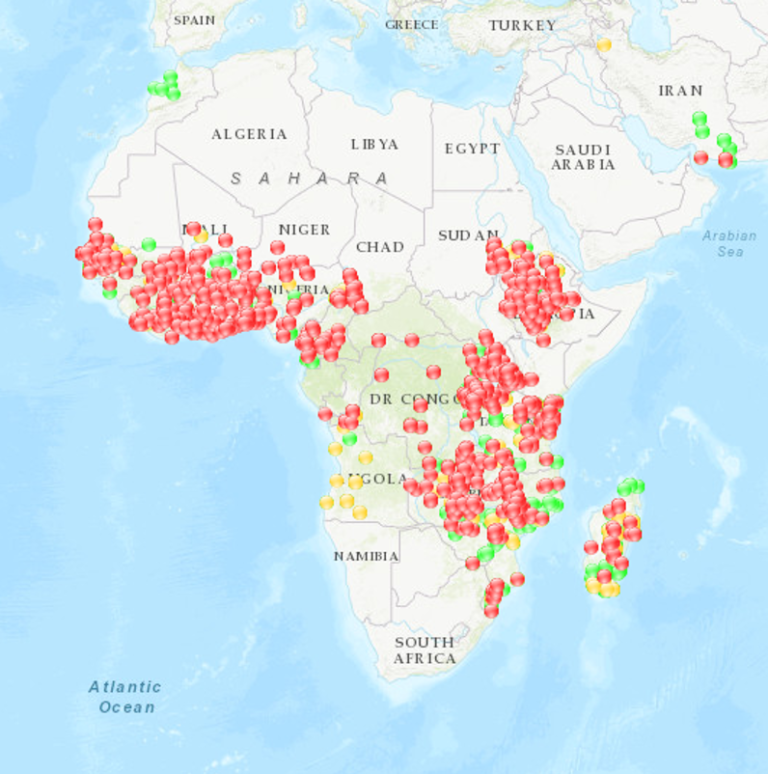 In some places there are small-scale variations of insecticide susceptibility, and even seasonal variations. This means that large-scale blanket vector control strategies may have limited success, and can allow residual transmission of diseases. The tailoring of small-scale vector control interventions may be needed, which requires a much greater level of sampling and testing to elucidate where there is resistance and the molecular mechanisms that confer it 6.

Resistance in other vectors of disease

The molecular mechanisms that allow mosquitoes to resist the toxic effects of insecticides are also observed in other arthropods. For example, the mutations in the voltage-gated sodium channels that are targeted by DDT have been reported in sand flies and appear to be the primary mechanisms underlying resistance to this insecticide 7, and resistance of Triatoma infestans to deltamethrin has been associated with the activity of degradative enzymes 8. The challenges associated with insecticide resistance are therefore not restricted to the control of mosquito-borne diseases.

The development of new insecticides with novel modes of action is the top priority for the vector control community.

Early detection and characterisation of insecticide resistance is critical to the development of strategies for resistance management. If local variations in resistance profiles are discovered, an effective solution may be to use multiple different chemical insecticides, either in mixtures or in rotations. In this way, a mosquito that is resistant to one of the chemicals will be killed by other chemicals in the mixture. Different chemicals are also used to target adult and larval mosquitoes, so if some populations are resistance to a larvicide they may still be knocked down by an adulticide.

There are also options to use biological rather than chemical control methods, which offer reduced potential for resistance development. Bacillus thuringiensis israelensis (Bti) are bacteria that release toxins capable of killing mosquito larvae, and they can be used in bodies of water as a form of larvicide. Bti has been shown to be highly effective against target mosquitoes and related insects without being a threat to humans and other animals 9. This approach offers great potential in controlling the breeding of mosquito vectors of various diseases, but their use in the field is affected by various bioenvironmental factors, which mean weekly applications are required in most habitats.