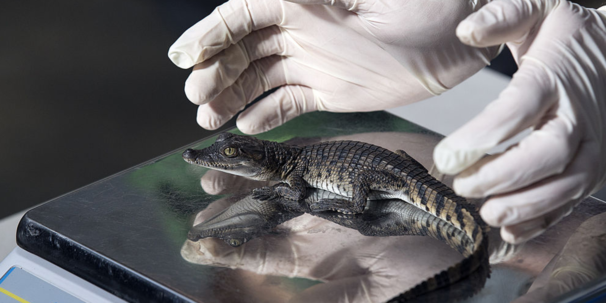 Facts and figures about biodiversity in the Philippines

The national list of threatened animals was created in 2004 and comprises 42 land mammal species, 127 bird species, 24 reptile species, and 14 amphibian species. The Philippines has at least 3,214 fish species, with roughly 121 being indigenous and 76 being threatened.

The Department of Environment and Natural Resources issued an administrative order in 2007 that produced a nationwide list of threatened plant species, showing that 99 species are critically endangered, 187 endangered, 176 vulnerable, and 64 threatened.

Natural land habitats in the Philippines

A wide range of ecosystems, landscapes and habitats support the Philippines’ unique biodiversity. Many of these are threatened by human activity. Forest ecosystems cover 7.2 million hectares in the Philippines, accounting for almost a quarter of the country’s total land area.

However, it’s estimated that the Philippines lost 2.1% of its forest cover each year between 2000 and 2005 – the second-fastest deforestation rate in Southeast Asia and the ninth-fastest in the world.

The agricultural ecosystem of the country is also noteworthy. Rice, coconut, mung beans, taro, yam, and bananas are all grown in the Philippines, and each of these agricultural areas has its own ecology. However, agricultural biodiversity is on the decline, as is the amount of land dedicated to these activities.

Inland water biodiversity is following a similar pattern, with data revealing a decline in water quality and biodiversity in the country’s largest lake – Laguna de Bay – and its associated rivers.

The Philippines has a diverse coastal, marine, and island ecosystem. It’s located within the Coral Triangle, which is home to the world’s greatest marine biodiversity. This environment, however, is under grave threat.

While mangrove cover has increased slightly in recent years, reef cover, seagrass cover and fisheries production have all decreased significantly.

Causes of species endangerment in the Philippines

Species endangerment and extinction is a complex phenomenon with many interwoven causes. These are the main ones.

Endangered species are often captured by poachers looking to profit from the lucrative trade in exotic pets. Many don’t even make it to their prospective owners, but instead die in transit.

Deforestation leads to the extinction of animals and plants on a massive scale, as the animals lose their habitat and protective cover. Forests and meadows are cleared to make way for the growing of crops such as rice.

Climate change will have long-term consequences for species as expected changes in temperature, rainfall, and seasonality will cause shifts in tree species distribution and therefore habitat. There may also be changes in migration patterns and more natural disasters such as typhoons. Underwater, rising water temperatures cause coral bleaching, affecting both coral reefs and the species who rely on them as a habitat.

Plastic pollution is a major contributor to the decline in species in the Philippines. Plastics end up in the ocean where they are eaten by birds and sea creatures, causing injury and death.

Nine endangered species in the Philippines

Here are nine of the best-known endangered species in the Philippines; you can see the full list here.

The Philippine eagle, sometimes known as the monkey-eating eagle, is the country’s national bird and is one of many endemic species in the Philippines. It has a brown-and-white feather pattern and a bushy crest, and is thought to be one of the world’s largest and most powerful birds. Deforestation, mining, and pollution are all major risks to the Philippine eagle’s survival.

In 1990, the Philippine eagle was added to the red list of critically endangered wildlife created by the IUCN (International Union for Conservation of Nature).

There are only a few of these eagles left in the world. For the past 56 years, their global population has been steadily falling. Various laws have been created to protect the Philippine eagle, but they have been poorly enforced, resulting in the eagle’s continuous decline.

Natural parks such as Mt. Apo and Mt. Katinglad have natural reserves and other protected areas. The captive breeding of these eagles is overseen by the Philippine Eagle Center in Davao, on the island of Mindanao.

The tamaraw, sometimes known as the dwarf forest buffalo, is an animal found only in the Philippines, specifically on the island of Mindoro.

During the 1900s, these endemic beasts roamed freely across Mindoro’s wide expanse, but as man began to develop and populate the island, the tamaraw population began to fall. When Mindoro was attacked by the rinderpest, or cow epidemic, in the 1930s, their numbers plummeted.

The tamaraws were also victims of illegal hunting and the animal flesh trade among Mindoro residents. These indigenous beasts were on the verge of extinction by the 1960s. In 1969, it was thought that less than 100 animals remained, placing the tamaraw on the IUCN’s critically endangered list.

5,000 hectares of Mount Iglit-Baco, in Mindoro, were turned into a National Park to provide a safe haven for tamaraws in order to encourage their conservation and protection. These unique beasts are free to roam and procreate in their native habitat. After successful conservation efforts, there are around 480 tamaraws in the wild today.

The Philippine crocodile’s greatest threat is the enormous clearance of rainforests that serve as the crocodile’s natural home. The woodlands are being cleared to make way for farming.

Another threat comes from local people, who hunt the crocodiles illegally. Locals need to be educated about the differences between the small Philippine freshwater crocodile and the larger saltwater crocodiles that live in the same area. Locals frequently hunt the smaller, endangered native crocodile species without recognising the consequences.

Walden’s Hornbill is native to the Philippine islands of Panay and Negros; there are also small flocks in Zamboanga del Norte, Mindanao. Excessive hunting and illegal logging have resulted in the extinction of this species in the Negros and Guimaras provinces. As a result, it has been added to the IUCN list of critically endangered species.

The number of net corals is in decline. Due to this population trend, it has been classified as an endangered species by the IUCN.

This variety of coral has been targeted in the aquarium trade, as its appearance makes it a desirable addition to a tank. In addition to being extracted and used in aquariums, net corals are also vulnerable to coral bleaching. Net corals are strongly reactive to the bleaching phenomenon, making them a species that is likely to go extinct soon.

The IUCN lists the Visayan Warty Pig as a critically endangered species in the Philippines. The pig, which was once common throughout the central Philippines, is now only found on two islands: Panay and Negros. Although it has not been proved, there may still be a small herd on Masbate island.

Illegal hunting and logging, as well as agricultural land destruction, contributed to the Visayan Warty Pig’s extinction on Cebu. To meet the region’s increased need for crops, the animals’ natural habitats were converted into rice fields. This species is now bred in captivity in small numbers. Although they are extremely rare, some still exist in the wild, which explains why little is known about the mammal’s natural habits.

These primates are found on the islands of Samar, Leyte, Bohol, and Mindanao, as well as a handful of smaller islands like Dinagat and Basilan.

Tarsiers are a tourism mascot in Bohol, but there is little regulation surrounding this practice. Many tarsiers are exhibited in deplorable conditions at roadside attractions. Given the difficulty of keeping tarsiers alive in captivity, mortality is high among these creatures – when they die, replacements are seized from the wild. Deforestation and increased typhoons due to climate change also pose a threat to wild tarsiers.

The Philippines is home to five of seven sea turtle species in the world. All five of these species are threatened and listed as endangered.

The Philippine forest turtle, sought by collectors for its uniqueness, continues to face a major threat from the illicit pet trade. In 2015, a single bust in Palawan uncovered nearly 4,000 turtles.

This pigeon is only found on the islands of Negros and Panay and is on the IUCN’s list of critically endangered Philippine pigeon species. They are ground feeders – which means they hunt on the ground and are easy prey for poachers – and always move in couples or flocks. The Bleeding-Heart population is declining due to continuing deforestation, excessive hunting, and the illegal exotic pet trade.

Examples of wildlife conservation in the Philippines

The construction of an integrated protected area system is the principal government plan for safeguarding and maintaining biodiversity in the Philippines (IPAS). The IPAS was established to conserve and maintain a representative sample of the country’s ecosystems and habitat types, as well as the plant and animal species that inhabit them – but this intention has yet to be backed up by serious action.

Jayson Ibañez, the Philippine Eagle Foundation’s research and conservation director, has established a comprehensive conservation strategy for the species. His efforts have resulted in the approval of ‘Local Conservation Areas’ as a plan for managing 500 sq km of eagle habitat, with the assistance of 350 indigenous people engaged as forest guards to safeguard eagle nesting sites and prevent hunting. More than 450 households have benefited from greater income, improved access to health services, clean water, and education. The Philippine Eagle Foundation helps to bring families out of poverty while also protecting eagles and the environment.

In August 2017, the non-profit NGO Marine Conservation Philippines launched a project focused on marine plastics. Through an intense data collection exercise and a sample of local beaches, they identified a wide range of initiatives to tackle the issue of marine plastics. They are currently focused on:

Conservation in the Philippines still has a long way to go if these endangered species are to be saved. If you’re interested in learning more or even contributing to conservation efforts yourself, FutureLearn has a wide range of courses that will assist in this.