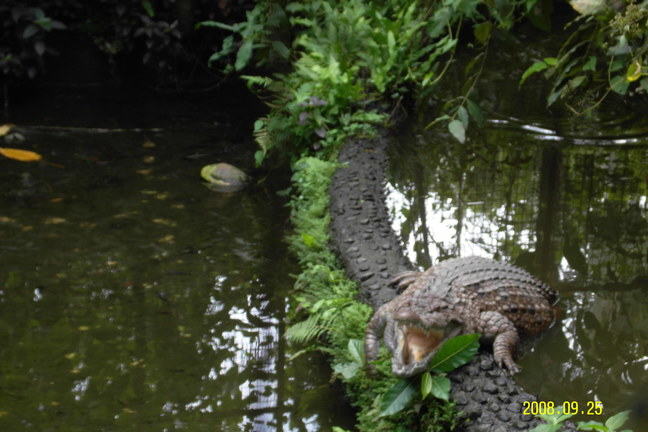 Crocodile in captivity at a Restaurant in Quezon Province, Philippines

Introduction to the Precautionary Principle

The Precautionary Principle, the topic for our concluding week, is a reminder of the care that must be exercised in introducing potentially harmful effects on the environment that could have irreversible consequences.

Examples of irreversible harm are the extinction of species and the elimination of members of ecological systems that could be detrimental to future generations and vulnerable populations. Species, or even individuals, once lost, are irreplaceable. New diseases can also be borne by climate change.

A precautionary approach to the negative consequences of climate change can generate innovative practices that aims to avoid inflicting harm on others. It can inspire alternative lifestyles and new technologies that could enhance the living conditions of vulnerable populations on our planet.

The high stakes involved in the prevention of irreversible harm require the cooperation and exchange of information and resources among the various levels of human society, including scientific communities, indigenous peoples and the public at large.