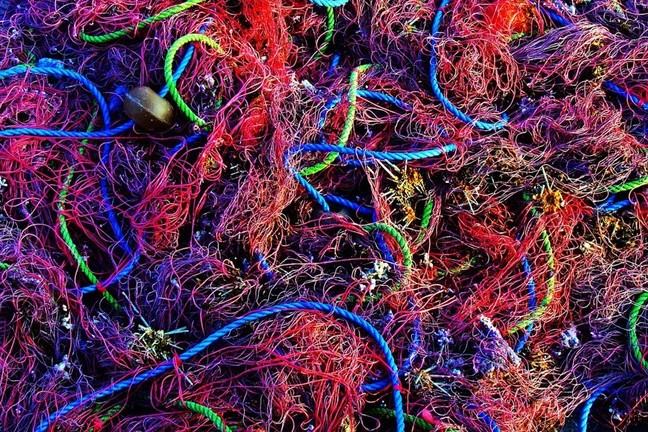 Crowdsourcing is not a new activity, but the opportunities afforded by digital technology have allowed it to reach new levels of potency. There is some lack of consensus on exact definitions, but in simple terms we’re talking about when an individual or a group of people put out a call for help, asking others to participate, voluntarily, in some activity. The person requesting help can then leverage the contributions of a whole group of people, probably strangers both to themselves and each other, thus gaining a bigger impact than if they worked alone.

Common crowdsourcing activities include crowdvoting (getting people to vote for something in order to ascertain which is the most popular option) and crowdfunding (gathering funds from voluntary contributors who want a particular product or service to come to fruition), but essentially it can be used for all kinds of purposes: to gain collaboration on creative or research projects; to gather ideas; to collaborate on a product; to gather data… It can be used for profit-based activities (and big businesses are certainly using these methods) but there is also a big potential for not-for-profit activities. Perhaps one of the most well-known crowdsourced activities online is Wikipedia, which we talked about back in week one. This free online encyclopedia allows anyone to go in and add and edit entries for items, and at the time of writing it has over five million English language articles.

Whilst these kinds of collaborative activities did happen before the digital age, the internet provides an excellent platform to target huge numbers of people who can be geographically very distant but share a common goal or interest. Social media can also be used as part of the toolkit for crowdsourcing as it’s a great mechanism for community building, and groups of people with shared interests can easily be tapped into. Of course there are pitfalls with this approach, as The Natural Environment Research Council (NERC) found out last year. They launched an online campaign asking the public to name their new £200 million polar research vessel. Thanks to the mischievous efforts of social media users, the public collectively chose the name Boaty McBoatface. This frivolous name was felt to be in conflict with the credibility of the NERC, who ultimately decided to shun democracy and risk offending public opinion by selecting the name RSS Sir David Attenborough instead (which came in fifth with 10,284 votes overall), though as a compromise, the name Boaty McBoatface was assigned to the ship’s high-tech, remotely operated sub-sea vehicle.

Idea competitions, or innovation contests, provide a way for organisations to move beyond the limited capacity of their own employees and gather fresh inspiration from their wider customer base. Customers move from being content consumers to content-creators. Lego saw the great potential they had in their very active community of fans by collaborating with Japanese website Cuusoo in 2008 to create Lego Ideas. The concept allows anyone to submit an idea for a Lego kit and potentially see that idea brought to life. Part of the process is gathering support from other customers. If enough support is gained (10,000 votes), Lego’s marketing and design experts review your idea. This allows Lego to not only gather new ideas from customers, but also to see which ideas are the most popular with the community (and theoretically most marketable), while simultaneously making customers feel more connected to the company. Sets generated through the project, like the Minecraft and Ghostbusters builds, have since gone on to spawn their own Lego ranges, including some of Lego’s best-selling sets.

In their 2010 article “Crowdfunding of small entrepreneurial ventures”, Schwienbacher and Larralde define crowdfunding as…

…an open call, essentially through the Internet, for the provision of financial resources either in form of donation or in exchange for some form of reward and/or voting rights in order to support initiatives for specific purposes.

In simple terms, it allows people to raise monetary contributions from a large audience who are interested in the product or goal being delivered at the end. It can be seen as a form of alternative finance. Offline, this has taken the form of benefit events and the likes, but it is now increasingly performed via internet-mediated registries. Several crowdfunding platforms have been created, such as Kickstarter (so successful as to be effectively synonymous with the concept), allowing the public to support specific projects without the need for large amounts of capital. In some cases the platform can be medium specific, like Unbound, a crowdfunding publishing house for books.

Crowdfunded projects can range greatly in both goal and magnitude, from small artistic projects to entrepreneurs seeking hundreds of thousands of dollars in seed capital as an alternative to traditional venture capital investment. We saw an example of crowdfunding in our step this week about reaching new audiences, where a documentary was funded. That project exceeded its funding goal by $20,000. However, according to research by Mollick in 2013, crowdfunded projects tend either to succeed by small amounts or fail by large amounts, so this kind of overwhelming success is rare.

Crowdsourcing can also be used as a means of raising money or support for charitable causes. GlobalGiving is a platform which allows individuals to donate to a selection of small philanthropic projects proposed by nonprofit organizations worldwide for humanitarian and charitable causes. Meanwhile, sites like JustGiving serve as the modern equivalent of a sponsorship form, giving platform to individual members of the public who are raising money for charity. A recent high-profile example in the UK is The Helen Titchener (nee Archer) Rescue Fund which raised over £170,000 ostensibly for a fictional character from a radio soap opera, but in practical terms for the domestic violence charity Refuge.

This example serves as a reminder that online crowdfunding is still tremendously reliant on transmission of message, and that old media like radio and television can still have a role to play. Nonetheless, digital tools have opened up a host of new ways for activists to propagate their message. Electronic communications like social media, email, and podcasts allow activists to communicate very quickly and get their information to a large audience.

Petitioning is another old approach given new blood by the strength-in-numbers to be gained online. Platforms like 38 degrees and change.org provide a space for people to create petitions, gather support and organise events. If a large enough number of people support the petition, the organisations who can influence change may be more inclined to listen and consider taking action. The UK government even has its own petitions platform, with a guaranteed government response (albeit not necessarily the response hoped for) should the petition gain 10,000 signatories.

There are many examples of other creative ways in which people use online communications and digital tools effectively to campaign for change. The BOBS (Best of Online Activism) are international awards that honour “creative and brave projects online that cross language and cultural barriers and thereby showcases the best of what the ever-expanding World Wide Web has to offer.”

Take a look at the BOBS’ 2016 winners to get a flavour of just some of the ways people have harnessed the potential of digital tools and online communications to make big changes in the world. You can use the comments option below to talk about what factors you think were particularly instrumental in their success.