Find out more
Home What are human rights and why are they important?
Published on November 25th, 2021

Discover your human rights, where they originate from, and how they serve you in today’s society. 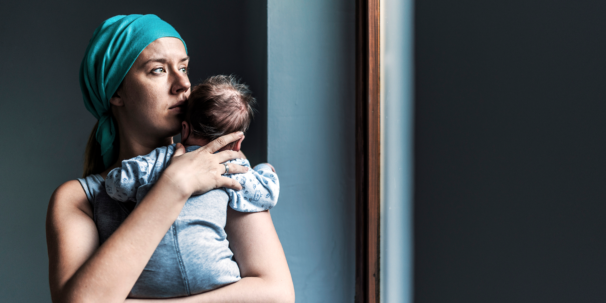 Most of us are aware that we have human rights. However, not all of us know what they mean in a practical sense. How do human rights protect us? How do they interact with the law? And what happens when our human rights are violated?

We’re here to answer all these questions and more, helping you have a better understanding of how your human rights serve you. We’ll be discussing the origins of human rights, why they’re so important, and what they all say. Then, we’ll talk about how you can take action on human rights issues.

How do we define human rights?

Human rights can be defined as fundamental rights that everyone is entitled to, purely on the basis that they are a human being. They’ve only existed formally for around 200 years – before that, there were no real laws to ensure people were treated fairly regardless of things like age, race, and gender.

So essentially, human rights conventions, declarations, and acts all attempt to guarantee humans decent treatment and protection against discrimination. There are three attributes that all human rights have, which we discuss in our open step on the three human rights principles.

What are all of the human rights?

For a full description of all your human rights, you can take a look at the official UN document, but we’ll be listing fifteen of them below in simplified statements. This way, you’ll have a better understanding of your rights before we explore them in more detail.

When and why were human rights created?

You may be surprised to learn that our human rights aren’t even 100 years old. As explored in our open step, the horrific events of the Second World War demonstrated to the world that humans were clearly not being treated equally. The mass genocide of Jews, as well as the murder of many disabled and LGBTQ+ people during the holocaust, was a harsh wake-up call for world leaders.

The United Nations was established in June 1945 as part of a concerted effort to achieve international peace and prevent future conflicts. It still exists today, but now with 193 member states compared to the original 51.

The Universal Declaration of Human Rights

In 1948, shortly after the UN’s creation, the member states came together to create the list of human rights. They were guided by American diplomat and first lady, Eleanor Roosevelt.

Two of the chief drafters were Charles Malik from Lebanon and Peng Chun Chang from China, both academics, diplomats and philosophers. Other key committee members were from India, the Dominican Republic, France, the former Soviet Union, Chile, Australia, the UK and Canada.

On the 10th December 1948, the Universal Declaration of Human Rights was formally created. This isn’t to say that the idea of human rights only just emerged. For hundreds of years, people had been seeking security, dignity and freedom.

However, this document was revolutionary as it was the first time that UN member states acknowledged that all human beings were born the same and deserved the same rights, regardless of circumstances.

The European Court of Human Rights

Since the birth of the human rights declaration, there have been several more important landmarks. In 1959, the European Court of Human Rights was set up in Strasbourg, France. This is the court of law of the Council of Europe.

If the court finds a member state guilty of human rights violations, they provide a written judgment explaining their decision that forces the member state to comply. Justice is then attempted to be given to whoever made the allegation.

You can learn all about the shortcomings of human rights law & what can be done to address them in our ExpertTrack by the University of Kent.

In the UK, the Human Rights Act was passed in 1998. Human rights were already being acknowledged in the UK, but this enabled it to be set in stone. Everyone is protected by the human rights act in the UK, whether you’re a British Citizen, foreign national or asylum seeker.

The creation of this act meant that subjects of the crown had legal rights for the first time, and it was also the first time that laws could be applied to the monarchy. Public authorities have to comply with the human rights act at all times.

If you’re interested in learning more about human rights law, we have an excellent course by the University of Padova.

Why are human rights so important?

Even though human rights are a man-made invention without a natural foundation, it cannot be argued against that humans have sought freedom and equality for centuries. In Ancient Babylon in 1750 BC, laws were written that included principles of justice and fairness. King Hammurabi of Babylon wrote that people should be protected by law and not be mistreated.

Of course, these were hardly the same as modern human rights – there was a definite hierarchy of order and violent punishments were often doled out. However, these ancient laws demonstrate that humans innately seek freedom, equality and protection. Therefore, the creation of a declaration of human rights appeals to some of the strongest human desires and allows people to feel safer, happier and more free.

One of the main reasons why human rights are so important, as argued by the Humanists in their human rights open step, is because they help protect vulnerable minorities from tyranny. While dictators and oppressive governments still have a lot of power over vulnerable groups, human rights make it more difficult for them to get away with crimes against humanity. Often, oppressive leaders will not want to risk making their country look bad.

On the 10th anniversary of the declaration of human rights coming together, Eleanor Roosevelt made a speech called Where Do Human Rights Begin? which discussed why human rights are so important.

She said, “They are the world of the individual person; the neighborhood he lives in; the school or college he attends; the factory, farm, or office where he works. Such are the places where every man, woman, and child seeks equal justice, equal opportunity, equal dignity without discrimination”. The point she’s making is that human rights make a difference even in the smallest areas of our lives, but these are the areas that make life worth living.

The impact of human rights on society

The positive impact that human rights have had on society is enormous. In 2018, the declaration turned 70, and it continues to inspire human rights efforts to this day. Since it was created, we’ve seen plenty more human rights treaties and laws put into place.

The creation of new human rights laws and conventions

We talk about this in our How the UDHR inspired other human rights treaties open step, but we’ve seen a lot of progress regarding new human rights laws and conventions since the universal declaration.

Signs of progress around the world

There are also plenty of tangible changes that we can see in society as a result of human rights being created. We discuss this in more detail in our Taking Action open step, but below are some achievements of human rights.

To commemorate the creation of the declaration of human rights, we celebrate International Human Rights Day on the 10th of December every year. The day offers up a chance to highlight human rights issues all over the world so we can keep pushing for change.

This year, the theme is Equality, relating to the very first article in the declaration of human rights.  The theme seeks to address deep-rooted discrimination in society in an attempt to meet the UN’s 2030 Sustainable Development Goals.

How to take action against human rights violations

If you’re left wondering what to do with all of this information, then continue reading. Here at FutureLearn, we don’t just believe in educating ourselves about important issues, but also in taking action.

That’s why practical courses such as Championing Change: Human Rights and the Climate Crisis by Amnesty International or Implementing Safeguarding in the International Aid Sector by The Open University might be perfect for you.

If, however, you’re looking for some immediate advice on how to take action against human rights violations, no need to look any further. With help from our Communicating Human Rights and Shaping inclusive societies open steps, we’ve got some tips below.

How to talk about human rights issues

How to promote a more inclusive society

Hopefully, you now have a good understanding of what human rights are and how they impact our everyday lives. If you’ve been inspired to fight for your rights or the rights of others, consider trying one of the methods above. Educating ourselves is an important step, but it’s not the end goal. How can we use our voices and actions to create a fairer future for all?