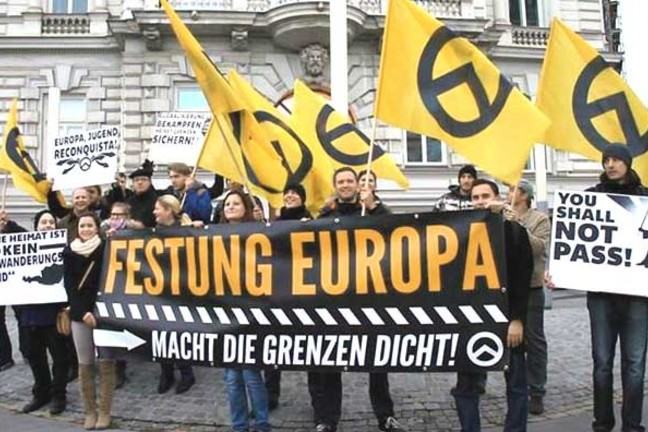 Far-right activists from the Festung Europa (Fortress Europe) movement at a Identitarian Movement of Austria rally in Vienna on November 10, 2013

What is populism? Does populism have a coherent logic and a clear line of demarcation? Can we and should we group ideologically rather diverse political forces together on the premise of these forces being anti-systemic and critical of liberal democracy?

Positions on this question are diverse. In 2013, Philippe Marlière argued that the notion of ‘populism’ has a very limited analytical value. Drawing from the analysis of the contemporary French politics, Marlière suggests that ‘populism’ fails to grasp diversity in the backgrounds and motivation of various anti-systemic parties. He further suggests that the ‘populist’ label is often used to discredit any challenges to the mainstream politics.

In an answer to Marlière, Catherine Fieschi defended the line of classifying populism as a fully developed ideology with a set of core features; first, the established distinction between ‘the pure people’ and the ‘corrupt elite’ and second, defense of popular sovereignty at any cost. We can then discuss differences between various sub-types of populism in the South/North America and Eastern and Western Europe. Fieschi not only argues in favor of defining populism as a negative political force, but also warns us of the dangers of not doing so.

Katsambekis and Stavrakakis entered the debate from a different angle, arguing that Marlière and Fieschi, while raising solid arguments, have missed on what is currently at stake in Europe. In their contribution, these authors analyze the extremism of the ‘moderate center’ and go on to challenge the presumed ‘populism vs. Europe’ binary. Our role, they argue, is not to dismiss populism and not idealise it, but to critically reflect upon the various forms of populisms as well as the discontents of the current post-democratic and anti-democratic climate in Europe.

What is your take on this issue? Is there a common definition that groups various populist rhetoric together? And should mainstream politics enter a dialogue with populist movements? And what if the political mainstream turns extreme?

We encourage you to read the debate between Marlière, Fienschi, and Katsambekis and Stavrakakis and then share your positions on the rise of populist tendencies in Europe.