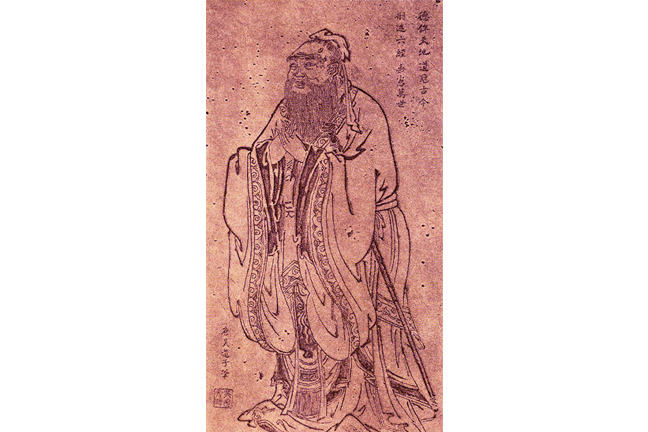 Years ago, at a time when I was living in Beijing, Chinese netizens got hold of online discussions in Korea speculating that Confucius might have been an ethnic Korean. After all, Kongzi (Master Kong, 孔子), as Chinese know him, was born on the Shandong Peninsula, a boat ride across the Yellow Sea, and long home to emigre Korean communities. But the very notion that the Kongs might be Korean sparked outrage and scorn among patriotic Chinese netizens, for whom Confucius is a sacred symbol of Chinese essence, even if his ideas were largely discarded and overturned over the course of modern Chinese history.

It is unlikely Confucius’ ancestors came from the other side of the Yellow Sea, although questions remain about his origins. But centuries after his death, Confucius’ teachings did start making their way to the Korean Peninsula. The earliest fragmentary evidence of Confucian influence goes back to the 2nd century BC, when a northern part of Korea (known as Lolang) was incorporated into the Han Dynasty. Jumping ahead to the 4th century, the powerful Goguryeo state established a Confucian academy, and Confucian scholarship trickled in during the subsequent Silla and Goryeo dynasties. But Korean kings and subjects remained predominantly Buddhist in orientation.

The Confucianization of the Korean state and ruling class, therefore, came relatively late in the history of Korean civilization. But with the intense piety of a midlife convert, once Korean elites embraced Confucius, in the Joseon Dynasty, they did so in a spirit of ultra-orthodoxy that made Chinese sometimes look heretical. As Martina Deuchler documents in her classic book The Confucian Transformation of Korea, the founders of the Joseon state promoted Confucianism as a way to break the power of Buddhist church and displace the Buddhist elites of the overthrown Goryeo state.

As discussed in step one’s video, by later imperial times numerous varieties of Confucianism had developed which competed for recognition as “orthodox”—and due to the civil service examinations, there was a ready-made means of becoming established as the orthodox interpretation. Korean scholars and political elites in the Joseon period adopted a strict version of the “orthodox” school in China at the time, known by a confusing Babel of mostly (but not entirely) overlapping labels in English-language scholarship: the school of principle (lixue, 理学), the learning of the Way (Daoxue, 道学), the teachings of Cheng Yi (程颐) and Zhu Xi (朱熹), Song Dynasty Confucianism, or Neo-Confucianism.

The key Chinese scholar as far as Joseon Koreans were concerned was Zhu Xi, a conservative revolutionary who transformed and revitalized Confucian philosophy and scholarship in the 12th century. Zhu Xi’s ideas were a highly sophisticated synthesis of complex debates among fellow Confucians as well as a larger philosophical response to the challenge posed by Buddhist metaphysics (a weak point in Confucian thought until Zhu Xi). Zhu Xi was also preoccupied by the question of how to establish and maintain “order” (li, 礼)—within one’s own heart-mind, in one’s family and lineage, in one’s community, and of course in the polity at large. Joseon Koreans latched on to strict interpretations of Zhu Xi’s ideas about order, and in certain ways Koreanized Confucianism into a hierarchical and ritualized socio-political ideology that was arguably more radical in its conservatism than what even Zhu Xi had in mind.

The rigidity of Korean Confucianism would produce critics and reformers from within the tradition, as you will learn in step 15. But it was also a point of pride for many Korean scholars that they inherited the true, orthodox transmission—especially when China’s status as a pure Confucian state came into question after “barbarians” took over the empire in the mid-17th century.