In this article, we discuss the ins and outs of media bias, including how to recognise it, the different types of bias, and the main issues it causes for media consumers. 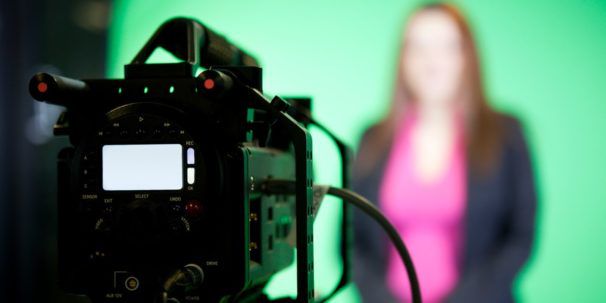 As a society, we consume a lot of different media. To put this into perspective, the global consumer spends over 7.5 hours a day with media on average. We rely on it as a news source and as cultural entertainment, and we often assume that what we’re consuming is pretty reliable.

However, this assumption isn’t accurate, as media bias is rampant across all of the three main media channels: broadcasting, publishing, and most definitely the internet. For this reason, it’s smart to learn how to consume media with a more critical eye.

It is almost impossible for an individual or outlet to have no biases whatsoever, but some media outlets will take this to the extreme and publish extremely biased content. To help you better understand media bias, we’ll talk you through the most common types, why it can be a problem, and offer some advice on how to recognise it more easily.

Looking at the definition of bias more generally, it is the tendency to lean towards or against someone or something. The direction in which you lean can be influenced by factors such as your background, culture and personal experiences. Sometimes, bias is something you’re aware of, and this is known as explicit bias, but implicit or unconscious bias is something you don’t realise you have.

But what can biases actually do? Well, they can cause you to typecast people or groups, even if this social categorisation is not factually accurate or reflective of your conscious views. For example, if a teacher has an unconscious bias that boys are better at sports than girls, they might always pick a boy to be the team captain, even if they might outwardly feel that girls and boys are equally as talented and enthusiastic about sports.

An unconscious bias like this would probably be the result of gender stereotypes that say boys like sports while girls prefer art, and societal norms that place higher value on male competitive sports than their female equivalent. There are many biases like this that people unconsciously act on, but this doesn’t mean that they’re bad people. Instead, biases form over our lifetimes, and we have to fully recognise them in order to tackle them.

What is the definition of media bias?

Now we’ve discussed what bias is, we can look more specifically at the topic at hand. Media bias relates to the bias or perceived bias of journalists and news organisations in mass media. It normally implies a widespread bias that impacts the standard of journalism, rather than bias in the perspective of one journalist or article.

Media bias can affect the selection of events and stories that get published, the perspective from which they’re written, and the language chosen to tell them.

Although a lot of media contains unconscious bias, where journalists may be met with practical limitations to neutrality such as lack of access to all the facts, media also regularly contains explicit bias. This is where media outlets deliberately try to paint a certain image of an event, group or individual to achieve their desired outcome. This outcome may be politically fueled, or it could just be an attempt to make more money.

To learn more about media bias, you can take our Understanding Media: Introduction to Media Literacy and Representation course by the University of Newcastle Australia, where you’ll develop your media literacy and learn a range of analytical approaches you can use to understand and interpret media.

What are the different types of media bias?

There are countless different types of media bias, but here we delve into more detail about the most common kinds. We sourced this information from AllSides, a media outlet that provides media bias ratings, balanced news and diverse perspectives.

Other contributors to media bias

There are other factors at play that can affect your consumption of media and lead to you consuming biased information or even forming new biases. In our Media Literacy open step by the University of Southampton, experts delve into two of the main things you should look out for:

If you’re in a cave and you shout out, all you’re going to hear is your own voice echoing back to you. This is essentially how virtual echo chambers work – when your online community is made up of like-minded people, you will generally keep hearing your own opinions being reflected back to you.

This is why it can be productive to have wide virtual networks. Following people with different views on social media and reading different news sources can allow you to get out of the echo chamber and be exposed to a broader range of perspectives.

The act of staying within our echo chambers is similar to the concept of confirmation bias, where we only watch or listen to media that confirms our views and opinions. While it might be more comfortable to consume media that demonstrates the same interests and worldview as yourself, it’s not very conducive to learning.

Another issue related to social media, we enter filter bubbles when machine learning algorithms deployed by social media platforms like Facebook select the information that we see based on our past behaviour. This means that we are unknowingly viewing filtered information most of the time, even though we might think that we’re getting the full picture.

Seeing filtered information and becoming isolated from disagreeable stories means that we become more biased in our worldview. We might believe that more people share the same politics as us than is actually true, and we might be less willing to have productive conversations with those who disagree with our opinions.

How to recognise media bias

There are several ways you can recognise media bias. FAIR, the national media watch group in the US, suggests that there are numerous questions you should ask yourself when consuming media in order to find biases. We’ve detailed some of the most important questions below:

While the AllSides chart focuses solely on political bias, placing sources in one of five categories moving from left-wing to right-wing, the Ad Fontes chart also measures reliability. It looks at factors such as whether an outlet uses fabricated information or original reporting to help measure how reliable a source they are.

Both media bias charts get good reviews, though it is already clear that the Ad Fontes chart paints a better overall picture of the reliability of news sources. After all, political bias isn’t the only factor we need to consider.

Both charts have been formed from reviews by analysts of different professions and political leanings, with multiple articles for each outlet being reviewed, and averages being taken from individuals. Of course, it’s impossible for either chart to be completely unbiased and neutral, but both companies have made solid efforts to ensure that the charts are as reliable as possible.

What are the main issues with media bias?

There are several big reasons why media bias is a problem. It’s pretty much inevitable to a certain extent, especially when it’s unconscious, but this doesn’t mean we should completely ignore the issues it causes. We list the main negative consequences of media bias below:

It can lead to censorship

If a media outlet consistently chooses to emit stories that it doesn’t align with, this can be a form of censorship. As a result, consumers of that media outlet could be getting a distorted view of certain issues.

It can be politically motivated

In our Journalism and the public sphere open step by the University of Strathclyde, experts discuss the way in which political coverage in the media is often in collusion with government communication professionals and political parties. This means that depending on which newspaper you read, you’ll be getting a different version of events.

Extreme forms can mutate into propaganda

If a media outlet is extremely biased in favour of the governing body, the news that they present may not only be inaccurate, but might brainwash consumers into blindly accepting government decisions.

If this extreme bias occurs in government materials or in the single primary media outlet delivering information, this could be considered propaganda. You can learn more about Propaganda and Ideology in Everyday Life in our course.

It can cause divisions in society

Because left-wing media and right-wing media discuss the same issues in different ways, people can become divided on what to do or feel about them. More generally, biased reporting can be an unfair representation of people or groups in society, which can lead to negative stereotypes and poor treatment.

Is media bias ever okay?

We’ve already discussed how media bias is inevitable to a certain extent. But does this mean it’s ever okay? Nathan Robinson, from the Guardian, argues that media bias is okay if it’s honest. A journalist might be biased one way or another, but if they’re sharing factual information with evidence from reliable sources to back it up, then they are painting a relatively trustworthy representation of an issue.

The most important thing, Robinson suggests, is for the journalist to be honest about their own biases and political leanings. After all, he says, “there can’t be such a thing as a neutral journalist”, but “if we show an awareness of our own political leanings, it actually makes us more trustworthy than if we’re in denial about them”.

In addition, experts from the University of Strathclyde in our open step point out that well-informed, professional journalists ought to share their opinions despite potential biases existing. If the mediated public sphere is an open and inclusive space for change, then people should be able to share their opinions about contentious topics, even if they’re not neutral.

Hopefully, this has been a helpful discussion about media bias, and has left you feeling more empowered to recognise biases in media outlets and yourself. Critical thinking in the information age is an important skill to master, as we’re continually bombarded with news and information on social media, television, radio and in print media.

If you’d like to hone your critical thinking skills even more, our blog post on critical and creative thinking will help you to analyse arguments, evaluate evidence, and distinguish between fact and opinion.