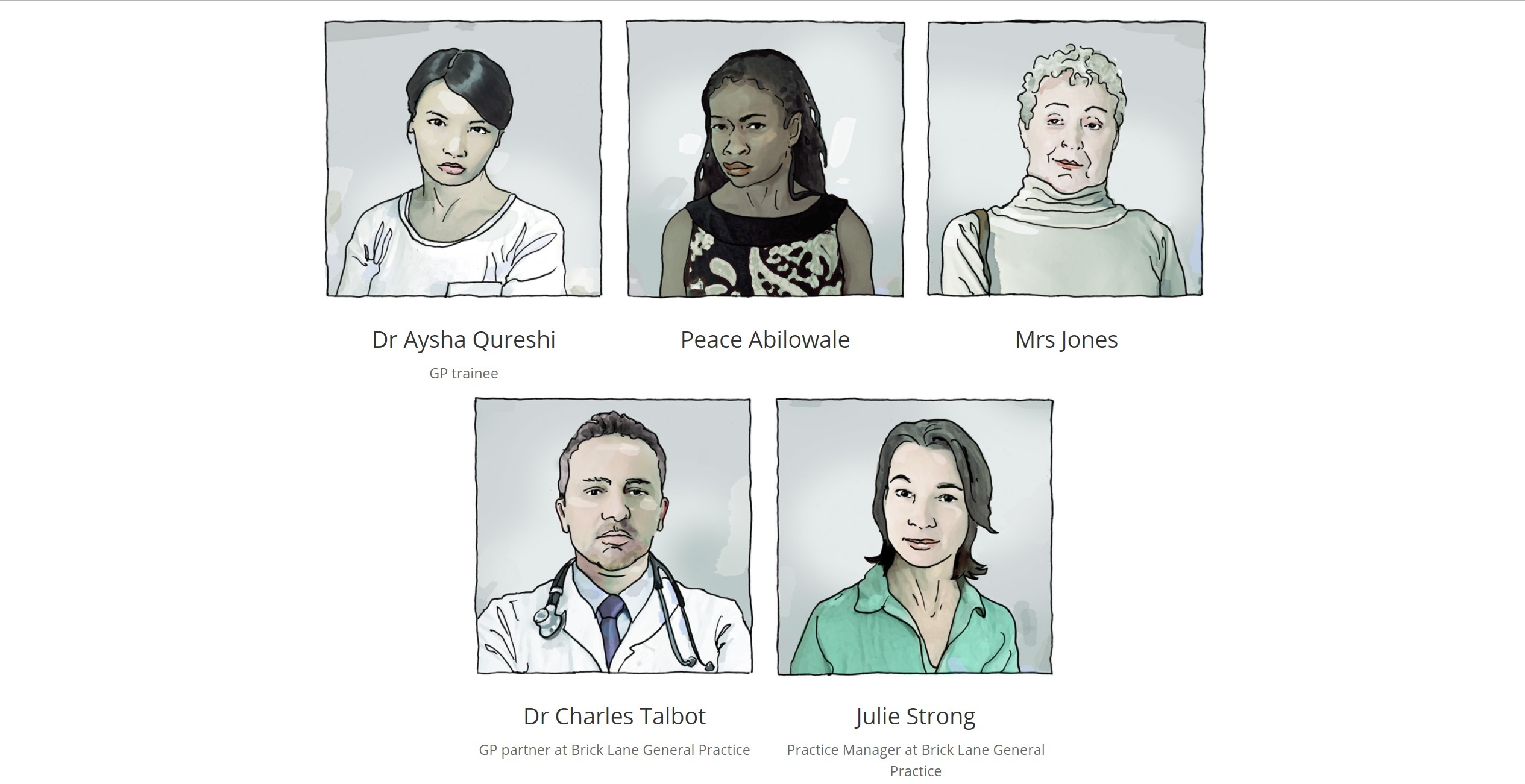 I met Mrs. Abilowale at church. Straight away I knew she needed my help. She seemed very nervous and frightened and I knew she was unwell. I took her to see the doctor and she got the treatment she needed. It wasn’t until later that we found out she had been tortured in Uganda. She was relocated to Middlesbrough by the Home Office and I tried to stay in touch with her. We heard that she had a breakdown and was admitted to a psychiatric hospital. I wish I had gone up to visit her and support her. She’s back in London now and we are doing our best at church to help her in any way we can.

Mrs Peace Abilowale disclosed to my trainee, Dr Qureshi, that she had been a victim of torture. I was asked to submit a medical report to her immigration lawyers. I included all the information I had and asked Dr Qureshi to check that it was correct.

I did not see Mrs Abilowale again myself and later received a letter from the South Tees Mental Health Unit where she had been admitted with severe depression. I was disturbed to hear that she had deteriorated so significantly. I understand that she attempted suicide shortly after her claim for asylum was refused by the authorities. Some months later, after Peace returned to London, she gave Mrs Jones a copy of a medicolegal report which was written about her by an expert. It is being used by her lawyer to appeal the refusal of asylum. I wonder how much of this sad history I could have picked up in the brief time I had with her.”

I moved to another practice one month after I saw Mrs Peace Abilowale and I didn’t see her again. I was deeply affected by hearing about her experience and wanted to find out what I can do to help other victims of torture.

I’ve started volunteering at a local clinic for refugees and other vulnerable people. I wish I could have done more to help Mrs Abilowale. I know now about local support organisations such as the Helen Bamber Foundation so I will be able to do more able to help other patients who are victims of torture.

We were short of two doctors the day Mrs Jones came in with Mrs Abilowale and everyone was working extremely hard to keep on top of things. We are a busy surgery and have a strict policy for registering new patients.

I was ashamed of the way I had acted towards Mrs Abilowale that day. I set up a training session for the reception staff on the NHS England regulations for registering new patients. We have produced a new welcome pack for patients from overseas to help them negotiate the local health services.