What is intrinsic resistance? 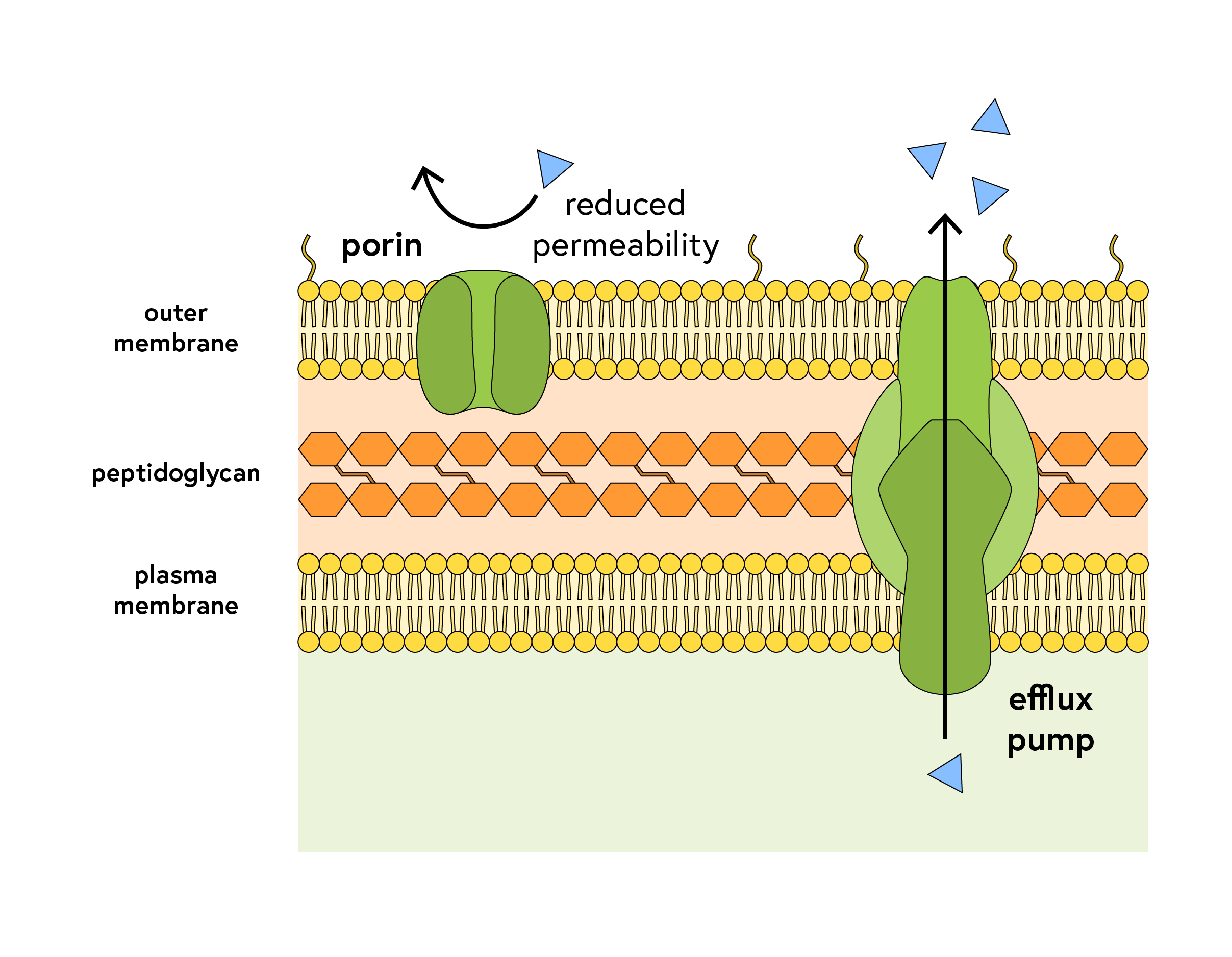 Intrinsic resistance is when a bacterial species is naturally resistant to a certain antibiotic or family of antibiotics, without the need for mutation or gain of further genes. This means that these antibiotics can never be used to treat infections caused by that species of bacteria.

An example of intrinsic resistance is the resistance of Pseudomonas aeruginosa (a common cause of lung infections in people with cystic fibrosis) to most β-lactam antibiotics.

The figure at the top of the page shows the different mechanisms of intrinsic resistance, including reduced permeability of the outer membrane, selective exclusion via porins and efflux pumps actively pumping antibiotics out of the cell.

There are two major mechanisms by which bacteria mediate intrinsic resistance:

This difference in the structure of the cell wall means that Gram-negative bacteria are resistant to vancomycin (a glycopeptide antibiotic) because their extra outer membrane prevents a large molecule like vancomycin entering the cell.

Gram-negative bacteria and some Gram-positive bacteria also have structures called porins, which act as pores through which molecules including nutrients can pass through the membrane into the cell. In some intrinsically resistant bacteria the chemical properties or the size of porins exclude certain antibiotics. The number of the porins that is expressed (e.g. lower numbers) in the membrane is also thought to contribute to intrinsic resistance.

Another mechanism of intrinsic resistance in Gram-negative bacteria is due to the presence of efflux pumps. These pump antibiotics out of the cell thereby preventing them reaching lethal concentrations. Efflux pumps often work along with reduced permeability of the cell membrane to mediate intrinsic resistance. Some of these efflux pumps are classified as multidrug-efflux pumps as they provide resistance to a number of different classes of antibiotics. An example of this is the MexAB-OprM efflux system again in P. aeruginosa which mediates intrinsic reduced susceptibility to fluoroquinolones, tetracyclines, phenicols, macrolides and β-lactams.

Why do you think that some bacteria are intrinsically resistant?