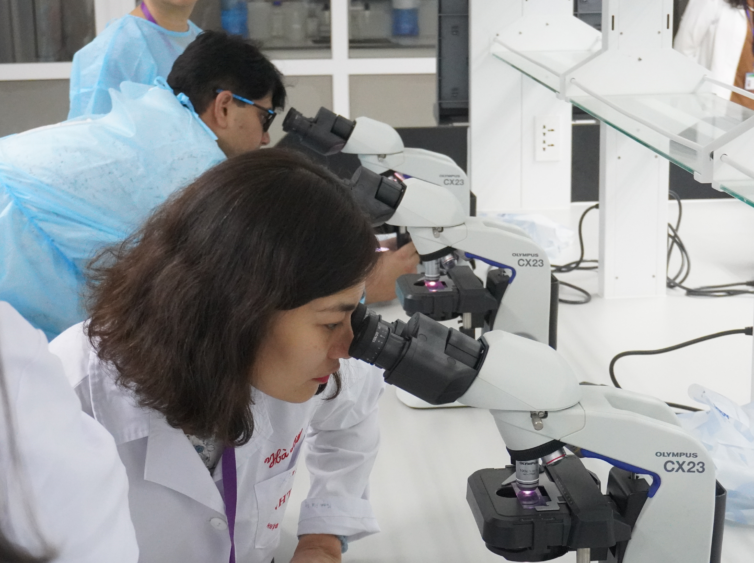 Correct identification of the bacteria is the first step when investigating antimicrobial resistance in the laboratory.

One of the oldest methods still in use today is the Gram stain, which can be a useful first step in deciding which antimicrobials to test in a situation where fast results are needed, such as in the clinical lab.

The Gram staining method was developed by the Danish Microbiologist Hans Christian Gram in 1884, and further improved by the addition of the counterstain safranin by German microbiologist Carl Weigert.

The Gram staining is used to differentiate between two kinds of bacteria on the basis of their cell wall components. Crystal violet is added, then iodine, and they form a large crystal violet-iodine complex. Then a decolourisation step washes the complex out of the thin peptidoglycan layer in the cell walls of Gram negative bacteria, but the complex becomes trapped in the thick peptidoglycan layer in the cell walls of Gram positive bacteria. A counterstain of safranin is added, which has no visible effect in Gram positive bacteria, which will appear purple under the microscope. Gram negative bacteria become stained by the safranin and appear pink under the microscope. In addition, bacteria can be distinguished further by their morphology during the Gram stain – cocci in bunches or strings, or rod shaped. 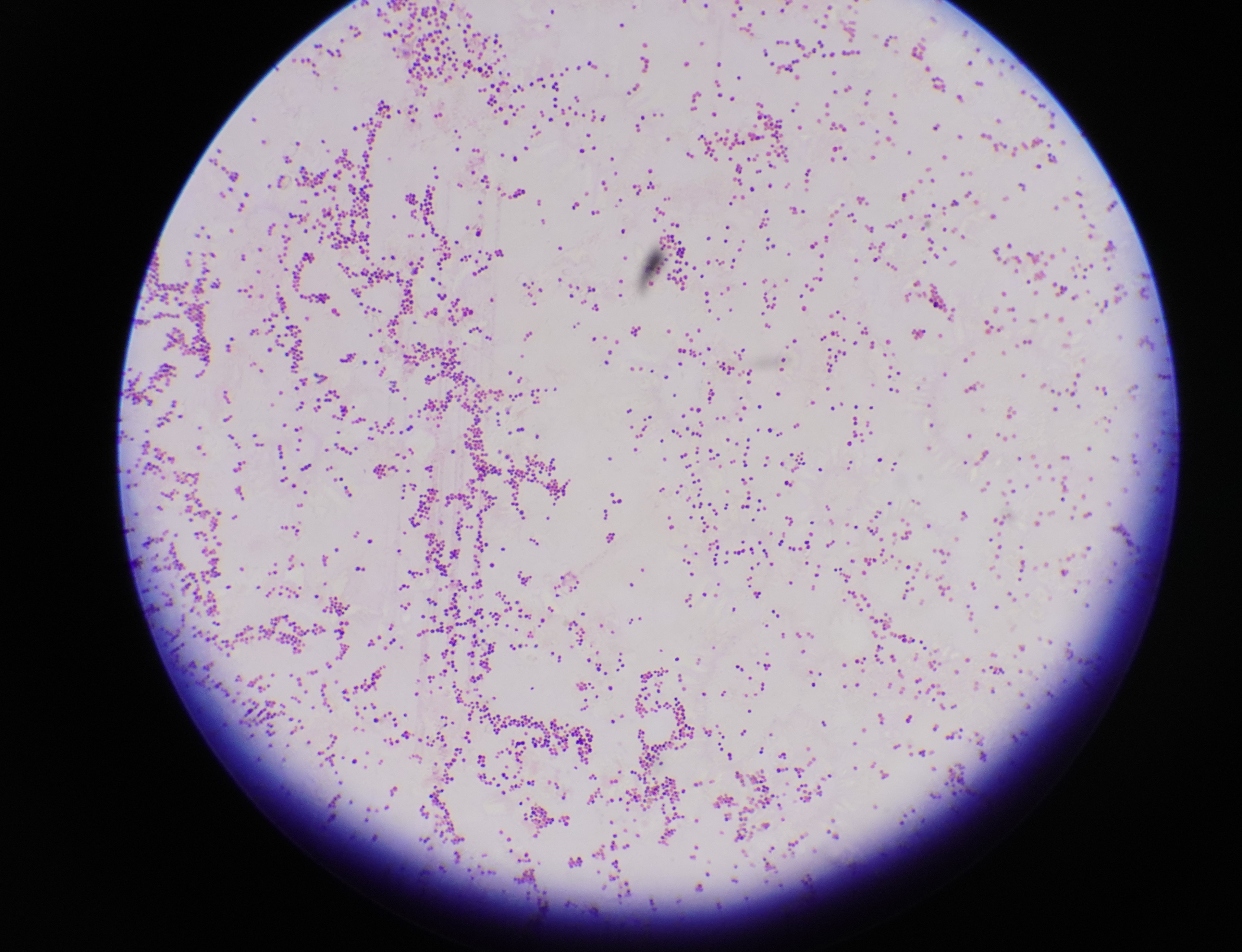 The results of the Gram stain can guide susceptibility testing in clinically urgent specimens such as blood cultures, before a full identification is made.

In both clinical and surveillance laboratories, full identification should be performed. This is important both clinically, and for the correct analysis of sequence data, as well as susceptibility testing.