Why a spatial perspective matters

This article deals with why a spatial perspective matters.
© University of Groningen
Our current energy system has allowed an unprecedented growth of world’s population. The wide availability of easily accessible and relatively cheap fossil fuels can even be seen as one of the main reasons for allowing the abundant population and economic growth of the 20th century. It has allowed for new means of transportation such as through automobiles, airplanes and increasingly large ships. It has also allowed us to make products such as fertilisers, user produces, medicines, etc. on ever larger scales. As such, the availability of fossil fuels is crucial, not just to support a growth of welfare in many parts of the world, but even to allow us to produce and transport sufficient food to feed the world population. Nevertheless, the wide use of fossil fuels is also heavily criticised: mostly because our dependence on fossil fuels is not sustainable. Over the last few decades, sustainability has become a central issue on the global governance agenda. In the quest for a sustainable future, one of the crucial elements is indeed the sustainable provision of energy. The fossil fuels, which we largely rely on are unsustainable for several reasons. To begin with, fossil-fuel reserves are limited to a finite amount in the Earth’s crust. Conventional oil production will probably begin to decline within the next decade (Smil, 2010a; Sorrell et al., 2012). Although especially coal seems to be available on a scale allowing us to continue our dependence on fossil fuels, coal is typically more polluting that oil or gas. Shifting towards coal on a larger scale, therefore, is also not highly attractive for yet another reason why fossil fuels are considered not sustainable: fossil-fuel combustion contributes to more than 50% of the anthropogenic greenhouse gases, causing further climate change (Höök et al., 2010). Over the last few decades it has become increasingly clear that climate change is occurring and also, that humans are at least partly responsible for this climate change (IPPC 2013). Ideally, then, we should shift to other resources. But there is also a third reason why reliance on fossil fuels has become debated: geopolitics. Especially in the Western World, there are doubts about the current reliance on fossil fuels as its provision comes from major supply countries such as Saudi Arabia and Iran, which cause geopolitical uncertainties for western nations (cf. Correljé and Van der Linde, 2006). Each of these reasons urges has urged countries across the globe to start considering a fundamental change in the energy system; frequently referred to as the ‘energy transition’ (Rotmans et al., 2001). Dominant among these desired changes is a shift towards the use of more renewable energy sources and increased energy efficiency. Such a shift, however, is not as easy as it might seem.Figure 0.1: London Battersea Station electricity plant 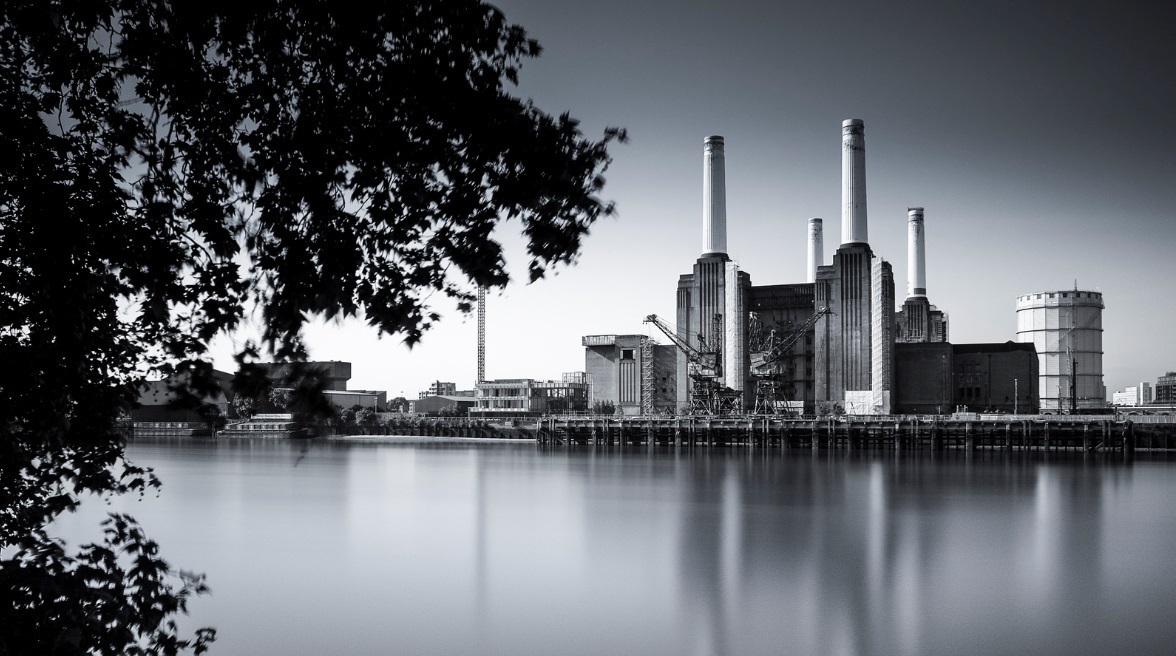 Source: Wesley NagelmakerTowards renewable energy?The quest for more renewable energy generation and energy efficiency is an attempt at making the current energy system more sustainable. It is a quest that involves many disciplines and many questions. This week we will focus on a spatial perspective and try to answer some of these questions. Spatial planning addresses questions related to the spatial configuration of our physical landscape and of the social phenomena taking place in it. It addresses the spatial distribution of people and activities and how this distribution might best be (re)designed and governed. To illustrate: spatial planning ask questions about the allocation of wind farms, the possibilities to use locally available energy resources and how local citizens respond and cope with new energy infrastructures. Spatial planning, then, addresses both the material world of objects in space (power plants, pipelines, windfarms, electricity grids, houses, solar panels on roofs, etc.) and the institutional world where decisions take place upon which of these objects we consider desirable, where they might be allocated and how we might do so.The move towards a more sustainable energy system also confronts spatial planners with some key challenges we aim to address in this week’s module. For one, harvesting of well-known sustainable energies such as solar energy, wind energy, hydropower, geothermal energy and biomass is not equally possible in all locations (Smil 2008). Depending on local and regional circumstances, such as the characteristics of the landscape, weather and the economic activities taking place, certain renewables will be more favourable than others will (cf. Dobbelsteen 2007). To illustrate, installing hydropower on the flat lands of Florida or Denmark is less advantageous than using wind turbines in these regions. Secondly, many renewables have a high visibility in the landscape and are prone to cause societal resistance (Cass 2010; Walker 2010). Not only do renewables typically demand more space than generating energy from fossil sources, they also tend to be highly visible, specifically in the case of wind farms or hydropower. Consequently, careful planning focused on both the physical landscape and the societal responses is required. Thirdly, many independent and small-scale energy initiatives operate locally and are not really part of the energy network yet. Examples are bio digesters using locally available biomass and manure, small scale solar initiatives or the use of residual heat from nearby factories. This urges for a reconsideration of how the qualities of sustainable energy production and consumption can become interwoven with existing energy systems in order to make the future energy systems viable. Spatial planners, again, have an important role to play in a shift to a sustainable energy system (Noorman and De Roo, 2011, Stremke and Koh, 2010). Finally, using energy more efficiency is also a key challenge. Not only does this involve technological innovations, it also has a clear spatial dimension. The refurbishment of the existing housing stock is a key example, while also the use of waste heat that is now often left to be spilled into open water or the air has important benefits (Van Kann, 2015).Figure 0.2: High voltage wires in the Netherlands 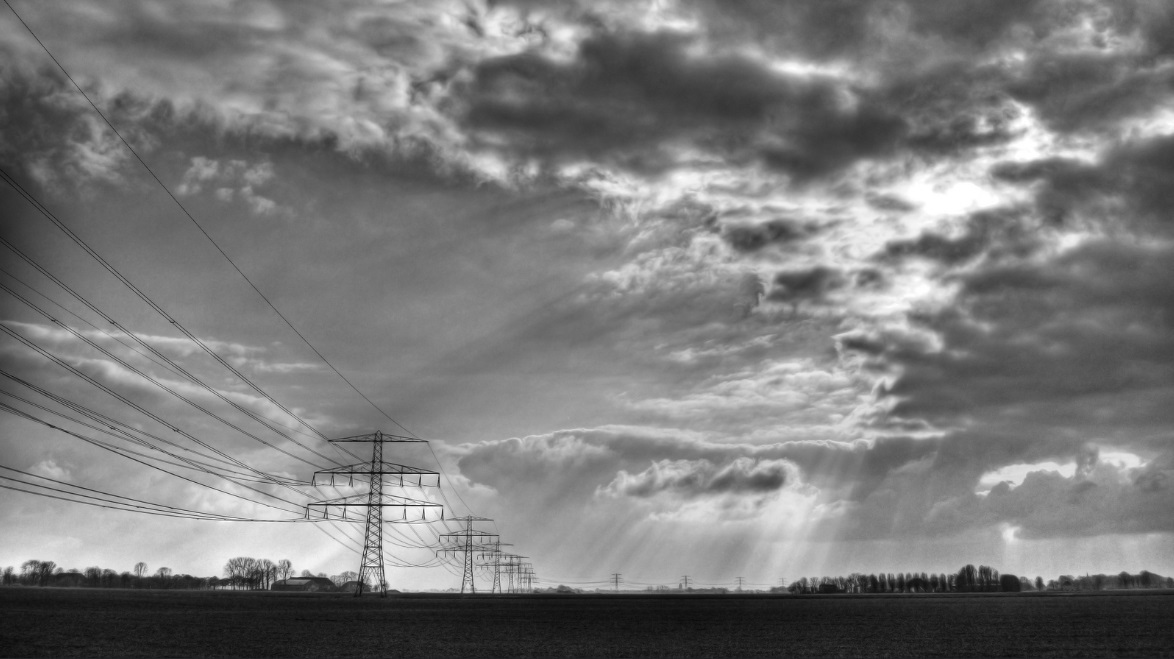 View Course
OutlineAfter this week and reading this paper, students should be able to:AcknowledgementsThis paper is written specifically for supporting this weeks course module in the Massive Open Online Course on Energy of the University of Groningen. Nevertheless, parts of it are based on existing work.Most notably these are:
© University of Groningen

Hi there! We hope you're enjoying our article: Why a spatial perspective matters
This article is part of our course: Solving the Energy Puzzle: A Multidisciplinary Approach to Energy Transition