This article deals with the historical developments of energy landscapes.
© University of Groningen
After a long era in which humans literally lived off the land as hunters and gatherers, their interaction with their environment was intensified by settling down in agricultural and later urban settlements starting about 10,000 years ago. It is also from this time onward that using the notion of an ‘energy landscape’ starts to become meaningful (Pasqualetti, 2013). An ‘energy landscape’ can be defined as the spatial manifestation of energy related activities and how these alter existing landscapes and land uses. Indeed, from about 10,000 years ago, communities slowly began to impact the landscape based partly on their energy needs; most notably based on deforestation for fuel. In the time of the Roman Empire the need for wood for construction and, especially, fuel even resulted in widespread deforestation in large parts of Europe (Tainter 2011). It can be considered as an early examples of an ‘energy landscape’; where the landscape is influenced by energy production and consumption. It is part of what Noorman and De Roo (2011) coin as the first of three ‘generations’ energy landscapes. First generation energy landscape: an integrated energy landscape The first generation energy landscape is characterised by a strong inter-dependency between the energy system and the physical and socio-economic landscape. Physically, the landscape strongly conditions the kind of energy used locally, while the use of energy also strongly influences the landscape. Socio-economic activities, within this context, develop generally in close relation to the resources available, such as wood, flowing water, animal power or wind. Furthermore, energy production and consumption in this context need to be close together as energy needs to be produced where it is needed (also Pasqualetti, 2013). In the first generation energy landscape, energy is not yet considered a public good to be guaranteed by the state or by local authorities. Rather, it depends largely on self-organised access to local resources. If there are institutions to organise and manage energy production and consumption, they are therefore also largely area-based. In the Western Europe of the Middle Ages, for example, land-owners created their own rules for harvesting wood or peat from their forests and estates (Dyer, 2009). Figures 1.1a & 1.1b: Examples of energy production and consumption in the first energy landscape 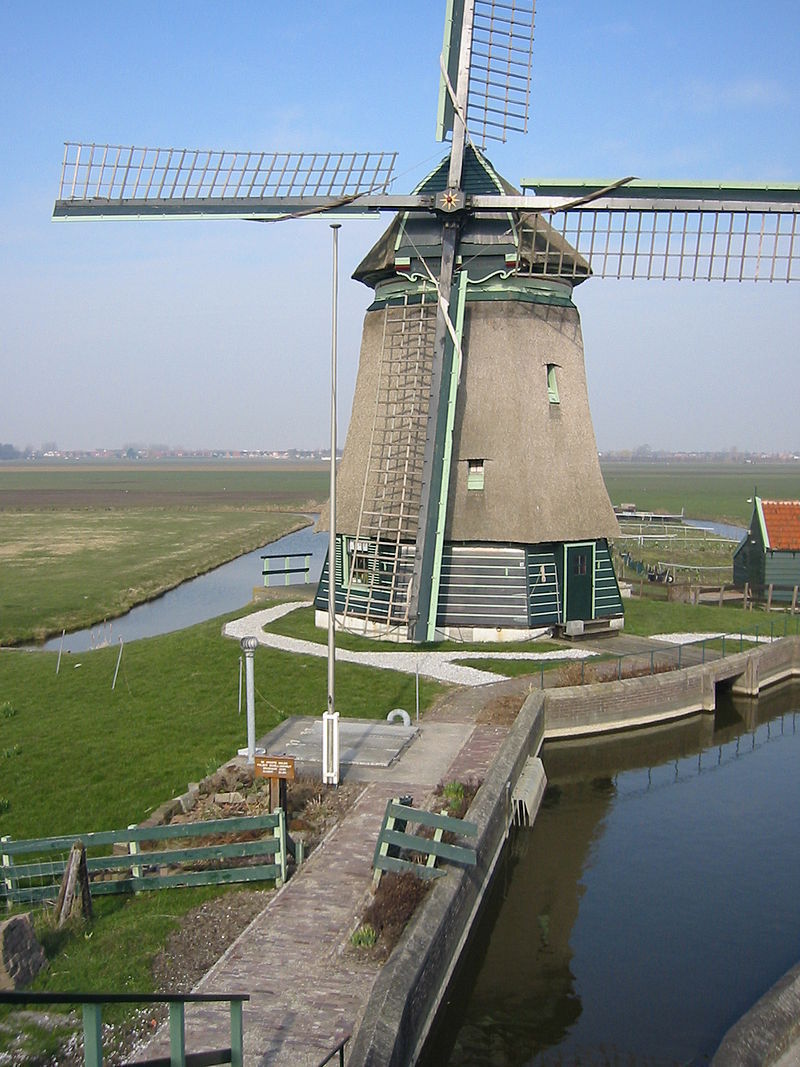 Windmills in the Netherlands were among the main tools to pump water from low-lying areas to higher lying riverbeds. Source: Wikipedia, GerardM 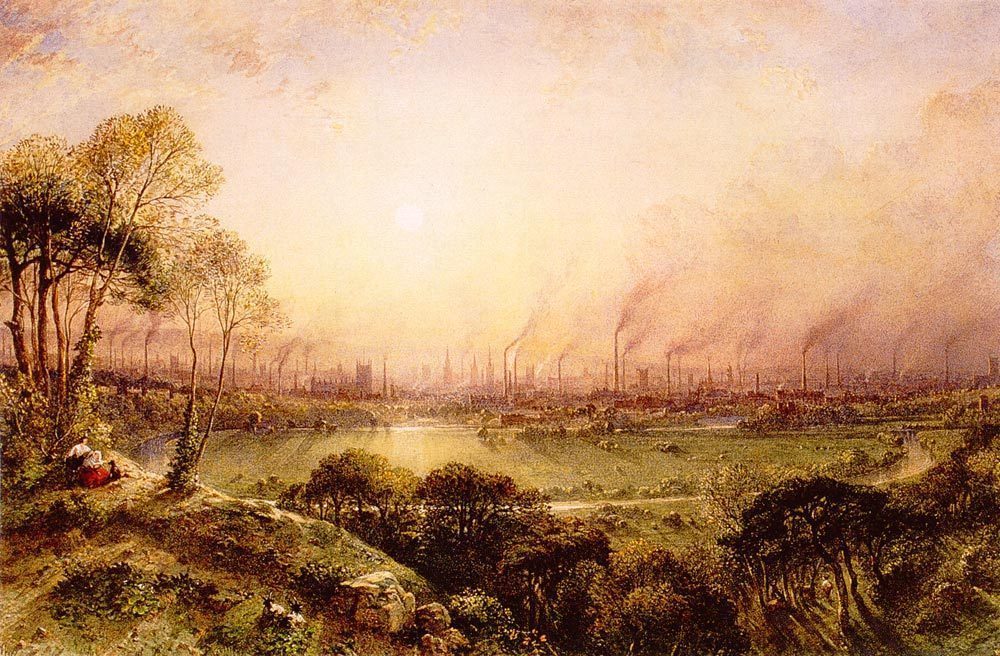 View Course
While the first generation energy landscape continues to exist in some relatively undeveloped areas even in the 21st century, the industrial revolution radically changed the production and consumption of energy. The result was a shift towards what can be called the second generation energy landscape, which is based on a more intensive use of energy, typically based on resources with a high power density such as coal, oil and gas (Noorman & De Roo, 2010; Pasqualetti, 2013; Van Kann, 2015). Supported by millions of years of accumulated biomass pressed into high densities, these resources can be extracted on a large-scale, typically from underground layers (DeLanda, 1997:32-33). With the gradual shift to fossil fuel as the main source of energy for the world’s growing population, the impact of energy on the landscape was quite modest. Not only would production facilities be modest in size and depend largely on underground resources, many of these facilities would also be allocated out of sight in remote areas of the world or at sea (EIA, 2012). As a consequence, energy production had become less visible, especially for the large share of the world’s population living in urban areas. In the meantime, within the second generation energy landscapes, energy consumption is also spatially detached from energy production. The higher energy density of fossil fuels allowed for transport over large distances over rail, road, water and through pipelines, while the invention of alternating current enabled transport of electricity over hundreds of kilometers (Jones, 2010). Eventually, a fine-grained network of electricity lines, gas pipes and petrol stations emerged connecting almost every household, company and vehicle owner in most of the world to non-stop power supply. It allowed people to live in densely-populated metropolitan areas far away from energy sources. The result is a ‘footloose’ energy system in which space is implicit; energy production and consumption are spatially separated. It almost does not matter where you are: energy will be available in the form of electricity or fuel in most (urbanised) areas in the world. In such a context, spatial planning of energy production and consumption is marginal, remaining little more than planning pipelines, electricity wires and energy plants. Little thought has to be paid to the allocation of other functions that would depend on the availability of energy. After all: energy is available almost everywhere. Another characteristic of the second generation energy landscape is its hierarchical governance structure. Energy production is coordinated top-down by (inter)national governmental bodies and corporate representatives. International standards were set for technology of e.g. voltage levels, power plugs, and oil quality, individual countries but also bodies such as the EU set policies to guarantee e.g. the balancing of power on the grid between countries, sometimes to liberalise the energy market, and also to ensure reliability of the national energy system. Public and private interests in the energy system are large: almost every product is produced with help of fossil oil or natural gas, almost all our activities are made possible with oil or gas –almost in every supply chain oil or gas plays a role. Gaps in the energy provision can cause big financial shocks to the economy, such as the oil crisis of 1973 did (Hamilton, 1996). Therefore, energy security is a big governance issue reinforcing its hierarchical governance approach (see also Verbong & Geels, 2007). Urges for a third generation energy landscape Perhaps the issue of energy security explains why more or less since the oil crisis of 1973, we witness a global trend towards more sustainable production and consumption of energy. Nation states have become increasingly concerned with geopolitical uncertainty due to oil and gas dependency from foreign countries, aggravated by the fact that many of them are considered as relatively unstable. During the 1980s and 1990s also international concern with environmental harm and later also with climate change due to fossil-fuel usage rose, which led to treaties that aim at restricting CO2 emissions from fossil-fuels (e.g. European Commission, 2014). Furthermore, supported by widespread media attention on the notion of peak-oil, it has become common knowledge that the recoverable reserves of fossil fuel are limited (Smil, 2010). Current estimates suggest that by 2030 more than two thirds of the crude oil production need to be replaced by new fields that tend to be much smaller (Sorrell et al., 2012; Smil, 2010). Although unconventional gas reserves, such as shale gas, may contribute to 40% of the available recoverable gas reserves, it remains uncertain whether the reserves are economically recoverable (McGlade et al., 2013). Finally, the continuing global financial crisis since 2008 raised thoughts about a transition towards a sustainable economy (Jackson, 2011; Stiglitz, 2010). These urgings stimulated governments and civil society to search for a more sustainable energy system, pointing towards what can be called a third generation energy landscape. Figure 1.2: Aerial photograph of Ivanpah Solar Power Facility, California 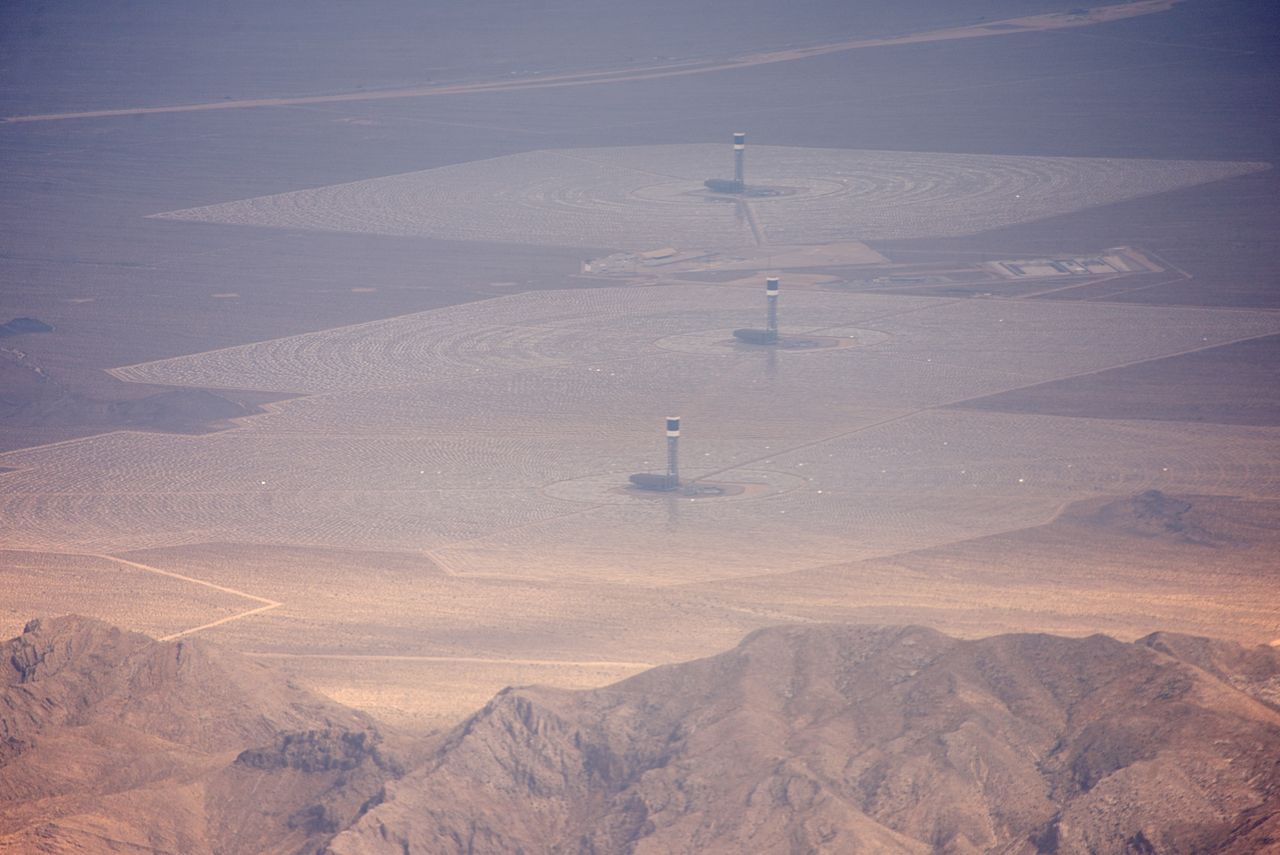 The world’s largest Solar power plant with 37 MW of energy produced. Its size is 1420 ha (comparable to about 2000 football fields). One coal fired power plant can easily produce 500 MW in about 1 or 2 ha. Source: Wikipedia, Craig Butz Early 21st century landscapes in Western Europe are changing with the emergence of new forms of energy production, dominated by solar energy, wind farms, hydro power and the utilisation of biomass. These require not only large areas to harvest sufficient amounts of energy, but are also highly visible. Since the 1970s photovoltaic solar panels are developed, placed on roofs for private electricity generation or on big fields for community energy (Aberle, 2000; Hamakawa, 2002). Since the 1990s modern wind turbines are developed, and land surface is visibly influenced by production sites of wind farms (Langbroek & Vanclay, 2012; Nadaï & Van der Horst, 2010; Sijmons & Van Dorst, 2012). Also we have seen an improvement of bio-digesters, which produce gas from anaerobic digestion of (residual) biomass and organic waste streams (De Laurentis, 2013; Groningen Promotie, 2013; Jenssen, König & Eltrop, 2012). Other technologies that are (re)discovered include geothermal heat-and-cold storage for domestic heating, usage of residual heat from industrial processes in a district heating system, wood-fueled ovens for heating of sport parks, swimming pools and schools (De Boer & Zuidema, 2015). Not all of these technologies are as visible as wind turbines, but most do require more space than fossil-based energy generation technologies and often depend on local linkages with both resource suppliers and consumers. The third generation of energy landscapes is, therefore, partly a turning back to the inter-relatedness between energy systems and their landscapes as was common for the first energy landscapes. It is, however, also different in having to accommodate for a far larger energy demand in an increasingly densely populated and intensely used landscape. These challenges call for innovative planning approaches to integrate renewable-based energy initiatives in the existing energy system and in the physical and socio-economic landscape, while also urging for more area-based strategies that address the energy transition as part of a wider societal transition.
© University of Groningen