In this step we discuss urban expansion. 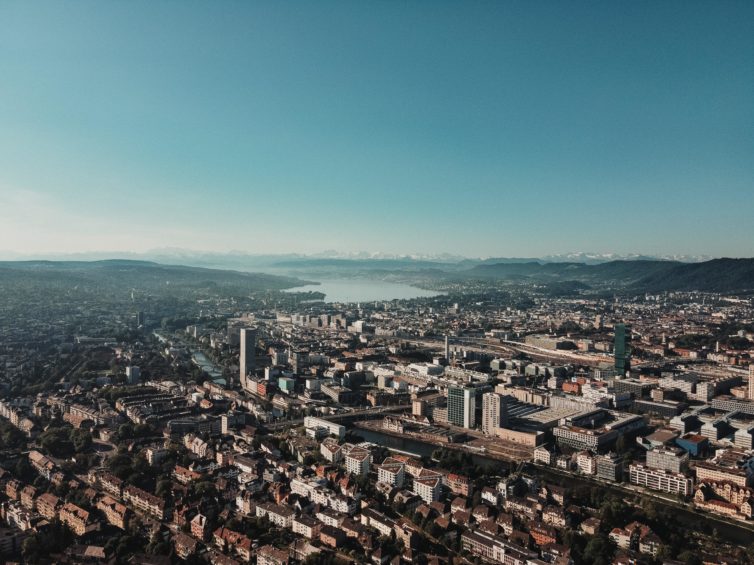 7 Reviews
As the previous discussion step has shown, urbanization can be defined in a variety of ways. Primarily, urbanization is a concept that we use to describe two often related but distinct processes: the development of rural land and villages into urban agglomerations, and the relative growth – or relatively slower decline – of urban populations in comparison to non-urban populations in a given area. In this step, we will deal with the first process.

The first process is the development of rural land and villages into urban agglomerations. This happens either by expanding an existing urban centre or by creating a new one. Such a process can take very different forms. Leeuwarden, one of the oldest human settlements in the northern Netherlands, for example, developed from a small isolated terp dwelling well beyond the northernmost borders of the Roman empire into the burgeoning student town it is nowadays. By contrast, Almere, one of the fastest-growing cities of The Netherlands, was only founded in the 1970s on rural land that was reclaimed from the sea, to accommodate part of the rapidly growing population of nearby Amsterdam. To allow for a meaningful comparison between urban areas, despite having historically diverse urban growth processes, we can quantify urban growth through the amount of land that expanding urban agglomerations physically occupy. On a global scale, the wider built-up area in the world has been estimated to have more than tripled since 1950, from 176.200 to over 595.600 square kilometres (OWID, 2019). While this is still less than one percent of the total land mass, its uneven distribution can change local landscapes in fundamental ways. The aerial photography of Mexico City by photographer Pablo Lopez Luz provides a striking example.

On the map below, you can see projections of probable urban expansion by the year 2050. This future urbanization of over another million square kilometers of land (roughly the size of countries like Ethiopia or Bolivia) presents us with challenges, but also with the opportunity to get urban adaptation right. 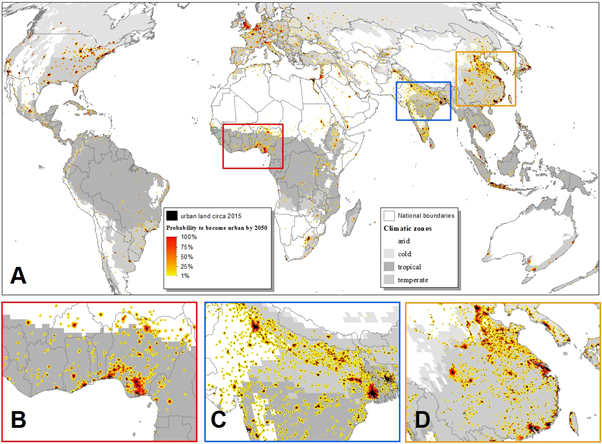 There is a high-resolution map available in Huang et al, 2019. Please answer the following question, and share your knowledge and experience with other learners. When was the town or city in which you live (or live close to) established, and did it also expand into formerly rural peripheries?