Why are cities complex systems?

The complex structure of cities, and the individual or collective agency of their inhabitants, make interventions complicated 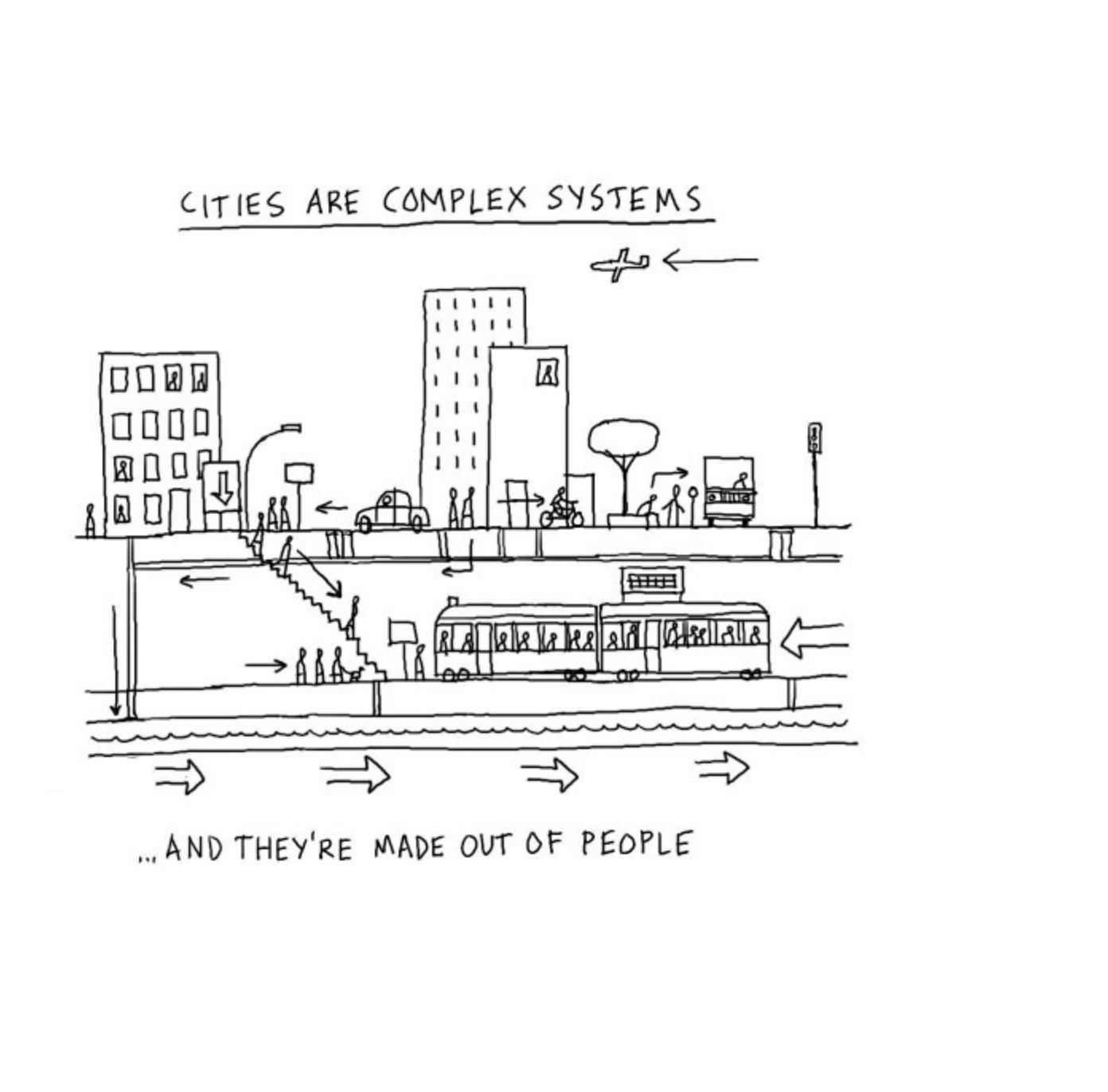 Christopher Alexander argued that multiple and complex connections and relationships make up a living city.

He explicitly invites you to consider the various possibilities of interaction within the city, for example, your interaction with the traffic system as you stop in front of a red light, which in turn depends on the electricity grid, or the commercial system which enables you to buy something from a corner shop that you have just noticed because you stopped at a traffic light (Alexander 1965).

From these dynamic interactions and overlapping natural, technical, and social systems, slowly emerges the modern picture of the city as a complex system.

The complex structure of cities, and the individual or collective agency of their inhabitants, make interventions complicated, as complexity renders (some) outcomes quite unpredictable.

Adaptation action thus requires the careful consideration of complexity. The implementation of adaptation strategies, plans or policies requires continuous monitoring and adjustment to avoid the emergence of unwanted and detrimental consequences.

Such unwanted and/or detrimental consequences may include, for example, an increase in the adaptive capacity of some places, contexts, and people to the detriment of others, or favouring short-term thinking over long-term planning, and vice versa. Moreover, as cities are dependent on other cities and rural areas, these changes are not limited to one urban system but may reverberate through networks (Rozenblat et al. 2018).

On a more positive note, however, this complexity also allows for serendipity; that is, for the unexpected discovery of innovative solutions. For this reason, some authors have advocated planning for something they call ‘urban tinkering’ (Elmqvist et al. 2018). If you are interested in this approach, we recommend the following blogpost to learn more about it.

Let us first adopt a bird’s eye view to see what the situation looks like on a global scale. Contemporary levels of urbanisation have led many authors to conclude that we are now living on an ‘urban planet’ (see, for example, Elmqvist et al. 2018). Only a small percentage of the Earth’s land surface is covered by cities, but urban networks and their (inter-) dependencies span the globe.

What is more, an increasing majority of the world population is leading urban lifestyles. This cultural ‘urbanity’ is often dissociated from the nearby and faraway ecosystems whose services we depend on. An urbanised planet then calls for a global approach to related problems and solutions.

The four key global policy frameworks that are most relevant for urban adaptation are:

Older, Malka, The Texas Crisis Shows (Again) There’s No Such Thing as a Natural Disaster (2021).