This step extends the discussion on urban adaptation from Week 1 and the question of its relevance by considering additional global policy agendas. 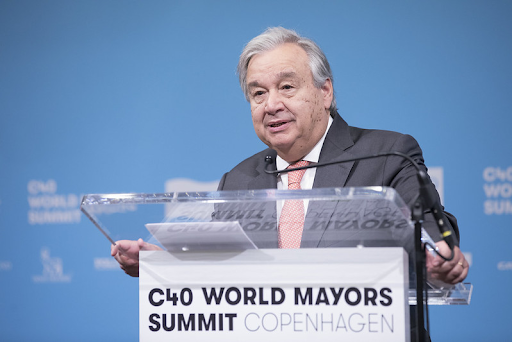 It should be clear from the previous two weeks that, on an urban planet, cities are relevant to global climate change adaptation efforts and vice versa. But why does this require governance? And by whom, of what, and at which level? State and non-state actors have long deliberated on these questions. The answers they were able to agree on in the widest possible arena can be found in four global policy frameworks: The first two, which both focus on development, have already been discussed when considering the linkages between urban adaptation and sustainable development in Week 2. We therefore subsequently probe the other two for an answer to our questions. These answers are certainly not the only ones possible, but they do carry the weight of their many signatories from around the world. Sendai 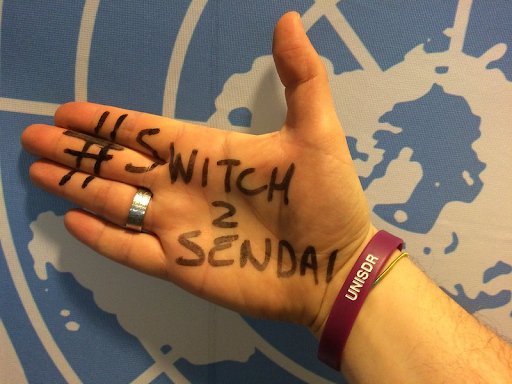 The 2015-2030 Sendai Framework recognizes that many of the disasters causing injury and loss of life, homelessness and displacement, and economic losses worldwide, are exacerbated by climate change. (art. 4) It finds preparing for these disasters and reducing their risk both urgent and critical, (art. 5) and highlights the following risk drivers and compounding factors: Sendai calls for integrated and inclusive measures to address these issues, that are multidimensional: economic, structural, legal, social, health, cultural, educational, environmental, technological, political and institutional. (art. 17.) It emphasizes the importance of good governance in this respect. (art. 6) In adopting multi-hazard and -sectoral approaches, the framework sees a leading regulatory and coordinative role for governments, to include all public and private stakeholders in designing and implementing policies, plans, and standards (arts. 7 and 19). For support, it holds that local and national authorities, but also businesses and communities rely on cooperation across borders. (arts. 6, 8, and 19) Addressing current and future challenges, furthermore, requires ‘strengthening disaster risk governance,’ institutional coordination, public participation, investment, and cooperation with international organizations. (art. 14) In the end, realizing substantial reduction depends on ‘strong commitment and involvement of political leadership in every country at all levels.’ (art. 16) ‘Strengthening disaster risk governance to manage disaster risk,’ finally, is given explicit priority for action. (arts. 20 and 26-28).

View Course
Disaster risk reduction is thus clearly a matter of governance, including governance at, and of the urban level. The latest Assessment Report makes this case increasingly clear, stating: ‘The dynamic, interrelated and multidimensional risks that exist in urban areas require systemic approaches that seek to understand the nature of interacting systems and adopt governance adapted to the context.’ We invite you to explore the report in more detail here. Paris 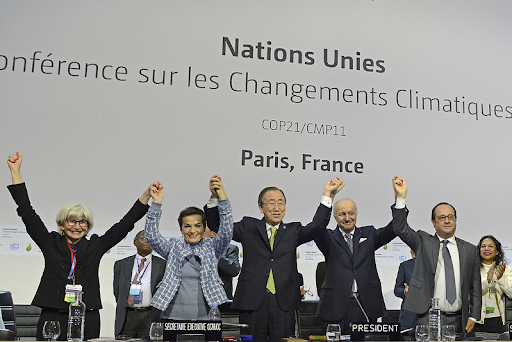 The Paris Agreement similarly recognizes the urgency of climate change, and the need to respond to related threats – minding also the impact of these responses (Preamble and art. 2). It deems the participation of the public and various actors and multi-level cooperation, including the engagement of all government levels, important in this regard (Preamble). The agreement explicitly calls for increasing the ability to adapt (art 2), and establishes adaptation as a global goal to enhance adaptive capacity, strengthen resilience, and reduce vulnerability to climate change. It recognizes ‘that adaptation is a global challenge faced by all with local, subnational, national, regional and international dimensions,’ which should be approached in participatory and internationally cooperative ways, considering inter alia communities and local knowledge systems (art. 7). Correspondingly, loss and damage should be prevented by cooperation in areas such as: Here too, governance at, and of the urban level is clearly relevant to climate adaptation. From our probe of these global agenda, we can conclude that it is indeed necessary to govern urban adaptation. It is widely recognized that the urgency of climate change and complexity of urban systems require leadership and coordination across levels, dimensions, and sectors. In the next steps, Shuaib Lwasa will explore some of the integrated and inclusive adaptation options available for cities, and actors involved in their implementation. If you are interested in more guidance on how to address the urban dimension of climate change in national adaptation plans, feel free to have a look at this supplementary guide by UN-Habitat. Moreover, before you proceed to the next step, please take some time to recall the risk drivers and compounding factors that are mentioned in the context of the 2015-2030 Sendai Framework, and try to answer the following question: How might some of these drivers and factors influence any of the three risk elements: hazard, exposure, and vulnerability, that we distinguished earlier? Please discuss your views with other learners.
© University of Groningen