It is likely that you will want to engage, where relevant, with universal news events such as Oscars, the FIFA World Cup or widely admired celebrities’ passing.

This example from Specsavers is a perfect illustration of how to do this well.

While usually, the entertainment industry is not a specific relevant topic for the British high-street optician chain, the annual Academy Awards is such a global cultural phenomenon that if possible, your organisation should try to create relevant content.

The opportunity presented itself in 2017 when the wrong Best Picture winner was announced to the 65 million people tuned in to watch the Oscars.

This event played perfectly into the brand’s long-term campaign which was centred around the creative idea of misidentifications and visual mistakes leading to comical situations (a farmer hearing his sheepdog, a vet pronouncing a fur hat as deceased, astronauts landing at Gatwick et al.). The relevance for the Oscars’ episode was in the details of the moment itself. 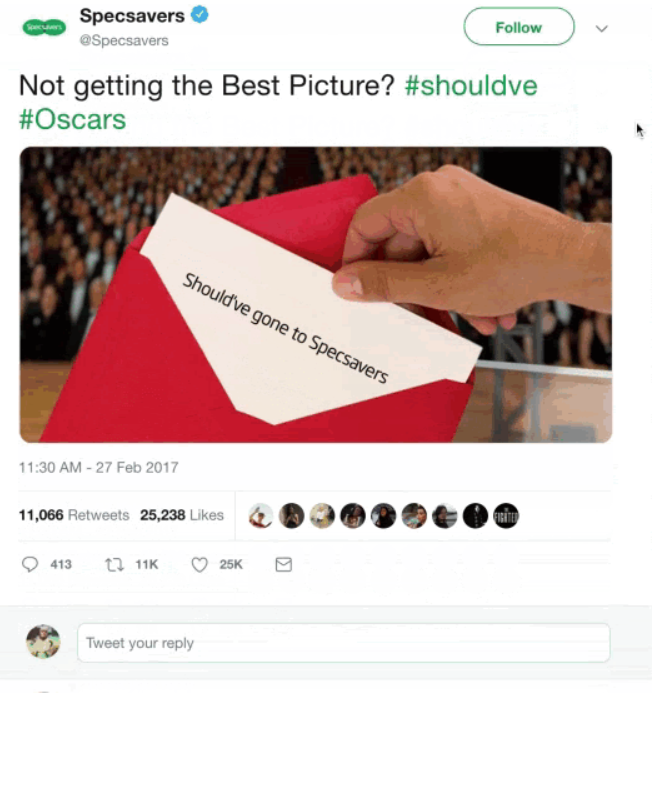 Have a look at the post. The comments that follow are spectacular for the brand, gaining a great deal of organic traffic.

This provided an excellent opportunity for the brand to get in front of a new audience group by using the #oscars in a relevant way.

Now, let’s take a look at another example – this time from Perrier, the French carbonated mineral water brand. Indeed one of the original super brands. 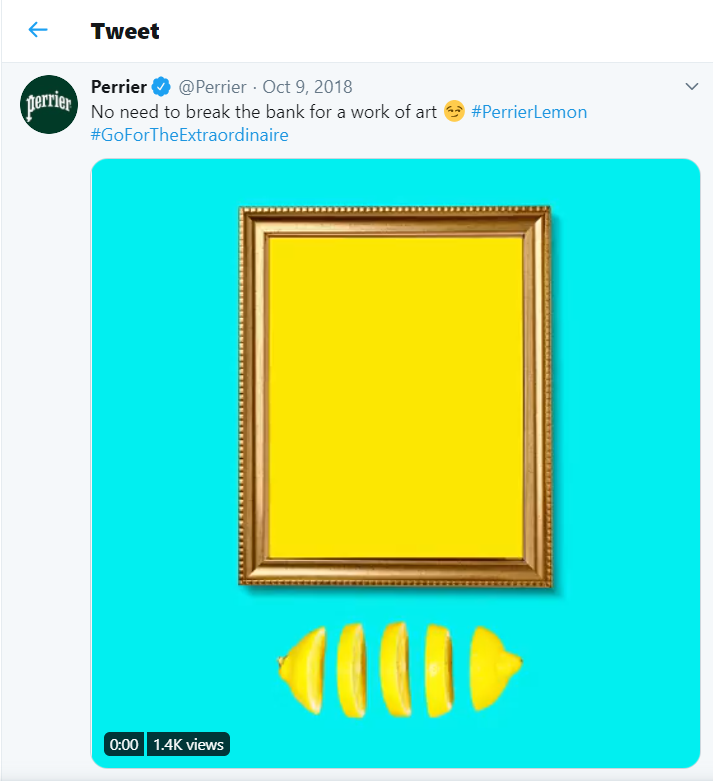 It riffs creatively on the moment in late 2018 when a framed piece of artwork by the revered British street artist Banksy shredded itself as the hammer went down on its sale at auction. Whilst the execution is quality and was promptly published, the link between shredding artwork and slicing lemons which happen to be served with sparkling beverages is tenuous, to say the least.

Whilst the Specsavers example was executed very basically using stock photography and posted circa 12 hours after the moment in question (a long time in social media trends) the core creative idea is what mattered. Audiences will always forgive production quality and, to some extent, timeliness if the piece adds value to their social feeds.

Out of the two examples above (Specsavers and Perrier), which do you think was the most effective use of reactive social media content? Write your answer in the comments below and be sure to explain why you think so.