Find out more
Home / Creative Arts & Media / How to Make and Sell Your First Immersive Experience / AR vs. VR

"What's the difference between Augmented and Virtual Reality? Mary Matheson discusses the key elements of AR and VR"
© StoryFutures Academy

You may have heard the terms augmented reality and virtual reality, but what is the difference between them?

Augmented Reality (AR) overlays images over your real-world environment viewed through a screen. It is commonly used in marketing and education. The most popular uses of AR are social filters on Instagram, TikTok, and Facebook, in video conferencing (e.g. Zoom) and games like Pokemon Go.

AR can be viewed using a phone or tablet via apps or websites. It is the most accessible form of extended reality (XR) with a potential global audience of 1.6 billion people (the number of people who own a smartphone).

Virtual Reality is viewed using a headset. It completely replaces the real world with an immersive 360-degree environment. VR can be captured using 360-degree cameras or created using Real Time Game Engines, both of which are covered in this course.

360 video allows ‘three degrees of freedom’, known as 3DoF. This means you can turn your head up and down, left and right, and look behind you, as well as in front. Real Time Game Engines allow you to create “room-scale” environments where you can move anywhere in the scene – left, right, up and down in a 3D space. This is called ‘six degrees of freedom’, or 6DoF. 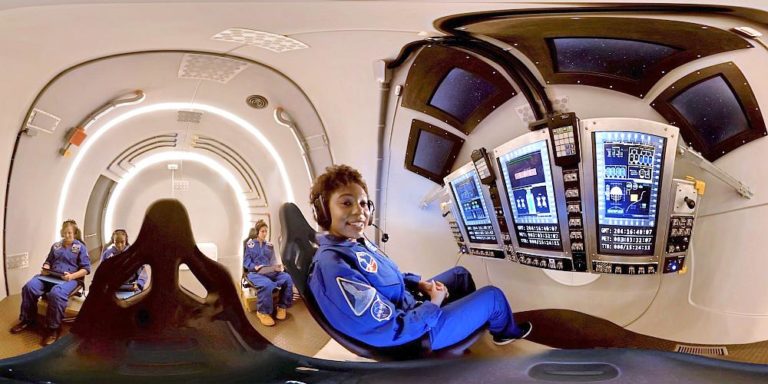 In the video below, Vicki Dobbs Beck explains how iLMX Lab, the Producers of Vader Immortal VR, approaches VR and AR innovation.