"In this article, Mary Matheson explains some broad differences between 16:9 and 360 filmmaking"
© StoryFutures Academy

360 filmmaking and traditional filmmaking share many of the same principles of storytelling. The story itself is always the most important element of any film, no matter the format. The two techniques share some technical similarities – exposure, aperture and ISO.

But that’s where the similarity ends. Here are some major differences to consider when switching from traditional 16:9 filming to 360 shoots.

FRAMING In traditional filmmaking, the cinematographer and director shape and design each shot around “the frame” and what’s “in the frame”. There are so many famous images of directors like Alfred Hitchcock and Ava DuVernay with their hands together making a rectangle to see the “frame” of a shot. But in 360, where is the frame?! There’s no frame at all. Do viewers feel they are missing out if they are looking in the ‘wrong’ direction? It’s up to us as directors to make sure they are looking in the ‘right’ place for the story. Later on, we’ll look at how you can direct your viewer’s gaze in a 360 film. It could be that looking all around is part of your story.

SEQUENCING is a fundamental part of building a traditional film. Normally, you might think about a traditional sequence of wide, medium and close up shots. A director uses a variety of shots to bring the audience on their journey, maybe even turning sequences on their head to add drama to their film. But in 360, you rarely sequence in the same way because too many cuts between shots can feel uncomfortable for a viewer in a headset. Again, think of the camera as the viewer and how a person might move from a wide shot to a close up. A human wouldn’t just jump from a 20ft to 4fit, they would move. So that’s what you do with a 360 shot – move the camera closer, rather than cutting. 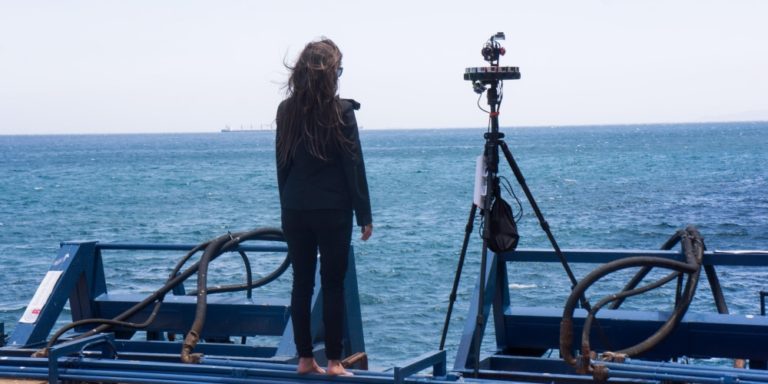 SHOTS In 360 films there are fewer shots and each is longer than traditional film to give your audience time to get used to the shot and look around. We tend to talk about shooting “scenes” rather than shots.

BLOCKING Documentary filmmakers rarely talk about blocking. It’s something used in fictional filmmaking and theatre. But in 360 filmmaking, it’s really important to look all around the camera and work out what is going to be happening in the scene (and therefore what the viewer might see). Any activity, movement or object has to make sense for the viewer if they are to turn away from the main action. If you’re shooting a traditional film scene, you just get all the crew to stand behind the camera. For 360 we have to all be completely out of sight, or we might break the immersion for the viewer. 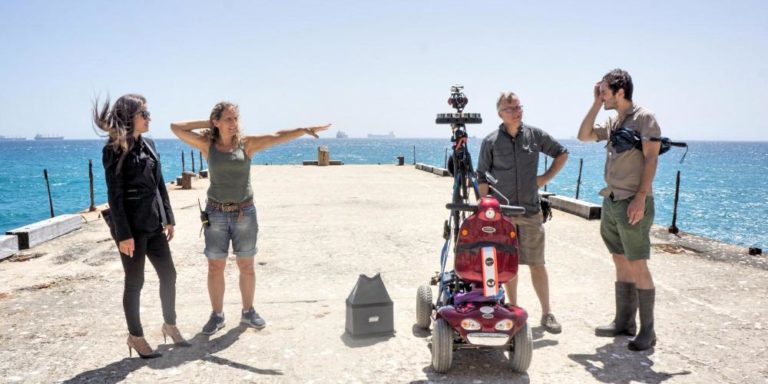 LENSES Lens choice is also a fundamental part of traditional filmmaking, whether it’s documentary or a feature film. A director and director of photography sit down and plan which lens they’ll use for each shot. However, 360 cameras are not so flexible. If you’re using two DSLRs back to back, you are restricted to wide-angle lenses (fish eye) and if you use a specialist 360 camera, the lenses tend to be fixed. If you want to change the proximity of your shot, you just have to move the camera. Wide shots alone, with nothing in the foreground, look pretty bland, so have a person or object close to the camera to give a sense of perspective.

In the comments below, write out any other differences you have noticed between traditional and 360 filmmaking.