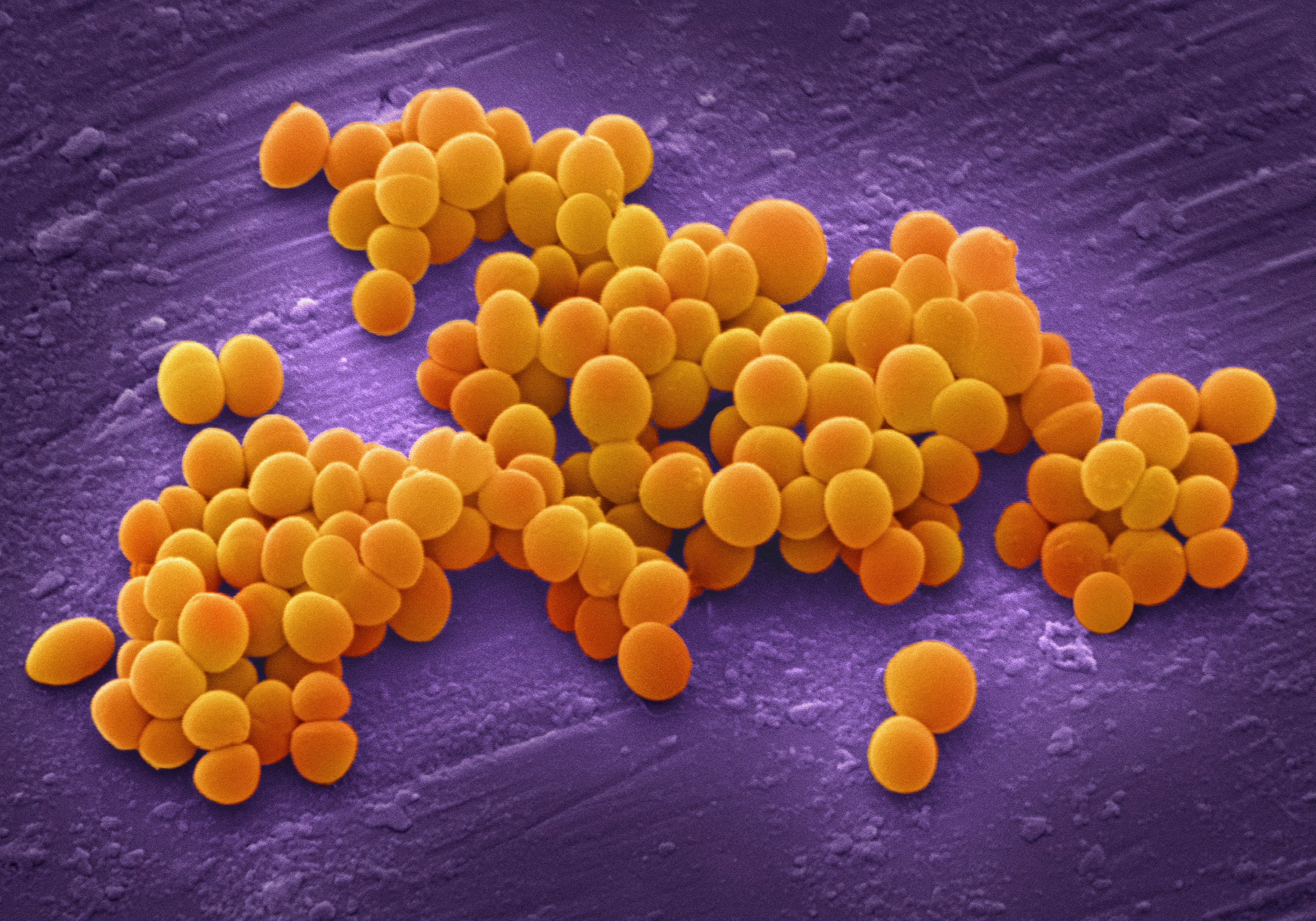 Horizontal gene transfer (HGT) is the process by which bacteria acquire and/or exchange genetic material. This is the most common way for bacteria to become resistant to antibiotic, by acquiring resistance genes from other bacteria.

Genomic sequencing of bacteria enables HGT events to be identified. Recently, the rapid dissemination of the blaKPC gene throughout a hospital institution was investigated. This gene confers resistance to carbapenem antibiotics (often the last available option for treating bacterial infections). It was revealed that over five years, 204 patients were infected/colonised by at least 12 different bacterial species resistant to carbapenem treatment and the blaKPC gene was exchanged between different plasmid types to allow transfer between these different species. This analysis has serious implications for public health surveillance and control of antibiotic resistance because traditional views of an outbreak involve just one pathogen strain; however, this investigation showed that the outbreak involved a whole bacterial community.

So how does HGT work, and what does it mean for bacterial populations? The chromosome mutations described in the previous section are an example of vertical evolution (Figure 1a). Bacteria can also share genes with each other, and this is called horizontal evolution (Figure 1b). This process can occur via three main mechanisms: transformation, transduction and conjugation. Transformation is simply the uptake of DNA directly from the bacterium’s immediate environment. Transduction occurs through viruses known as bacteriophages, which can inject their viral DNA into bacteria. Conjugation is achieved through cell-to-cell contact between two bacterial cells, where a circular piece of DNA (called a plasmid) is transferred from one cell to the other through a bacterial cell-membrane structure called a sex pili. 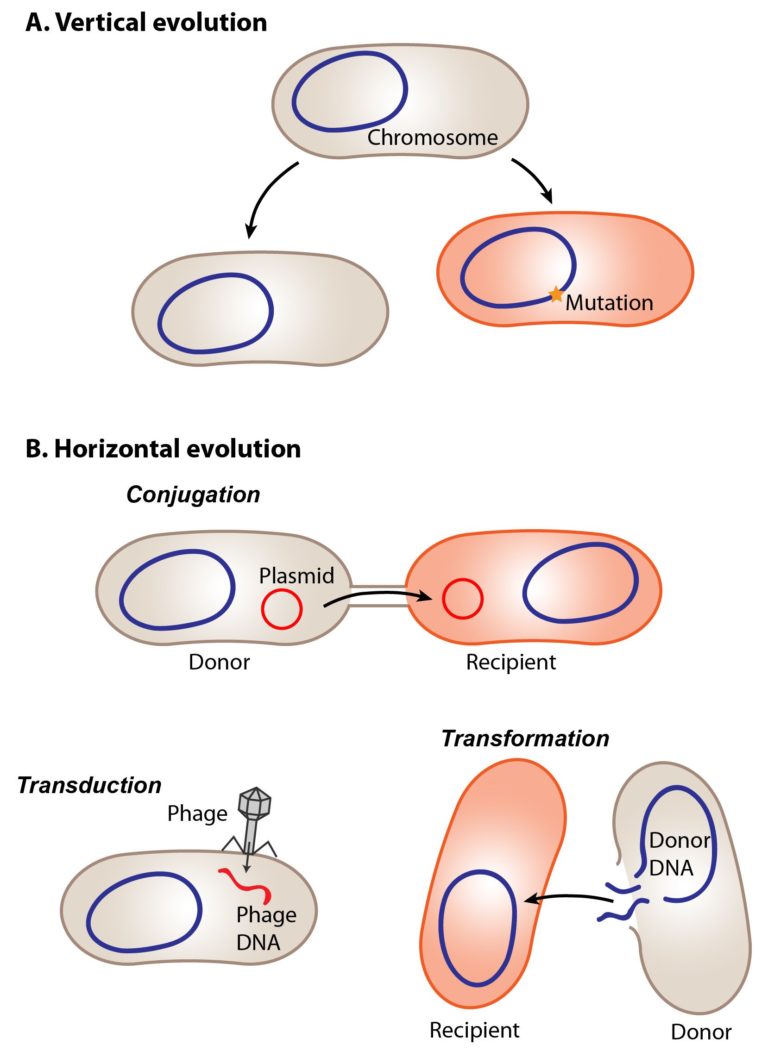 Figure 1. Mechanisms for evolution of AMR in bacteria. (Click image to expand) Vertical evolution (A) is where a mutation in the chromosome is then inherited when the bacterium reproduces. Horizontal evolution (B) involves the acquisition of genes from outside, either from another bacterium (conjugation), from a bacterial virus (transduction), or directly from the environment (transformation), for example from recently dead bacterial cells. Image copyright: Francesca Short, 2018.

Specific AMR genes can be exchanged amongst a bacterial community (i.e. acquired by bacteria in close proximity) using the mechanisms described above. This horizontal transfer of a resistance mechanism is advantageous – genes do not need to acquire any mutations, and can cross species and strain barriers to cause the same resistance. By contrast, chromosomal mutations evolved for resistance are more often transmitted through vertical inheritance to daughter cells, and the other bacteria in close proximity will have to evolve these mutations themselves independently.

The rate of HGT depends on the pairing of the donor and recipient bacteria. Transfer is possible between strains of the same species, but also between bacteria of different species, and even across different families and orders (these are classifications for distant relationships between groups of species). The success and compatibility of genes acquired by HGT is influenced by the relationship of the pair of bacteria, where those that are closely related are more likely to transfer genetic material successfully than those that are not.

Read about the study of carbapenem resistance here: