This step analyses the #missingtype social media campaign operated by the NHS and as seen in the previous step.

In social, the NHS Blood and Transport campaign manifested as the #missingtype hashtag. With brands and organisations removing the letters from their logos in major locations including headquarters, store locations and prime billboards.

The campaign generated a huge amount of media coverage from TV to print. This, in turn, drove social media reach, inspiring members of the public to remove the O, A and B from their names on Twitter and Instagram.

The #missingtype hashtag is still very active several years later, showcasing just how successful the campaign was in spreading the message. 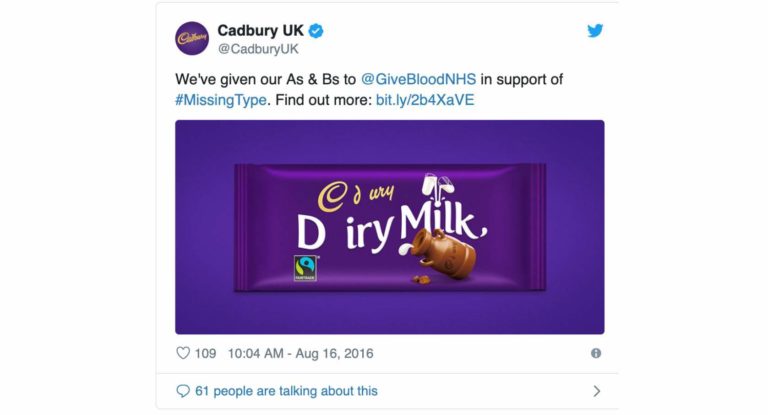 With over 30,000 people registering to give blood within the first ten days of the campaign alone, this was very clearly a compelling story on which to base a campaign and other organisations around the world took note. 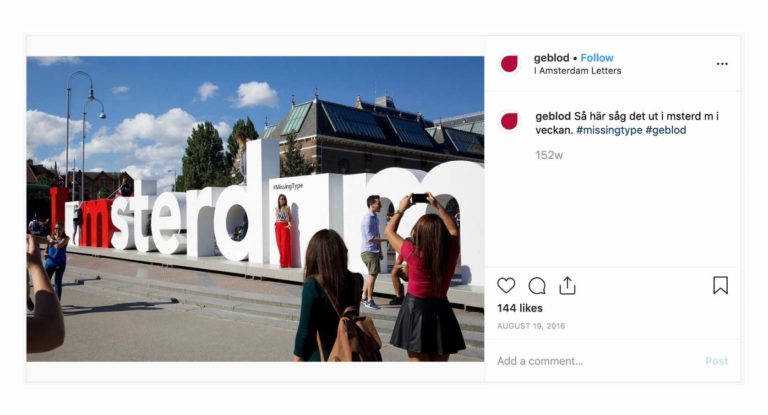 The following year many of the leading blood associations globally collaborated internationally to make the campaign a much bigger global phenomenon.

The campaign generated blanket national print and broadcast coverage, with a lead editorial in The Times and a feature in The Guardian. From Buzzfeed and The Today Programme, to Phil and Holly on This Morning and Nick Grimshaw on BBC Radio One, target media spread the campaign to two billion people. 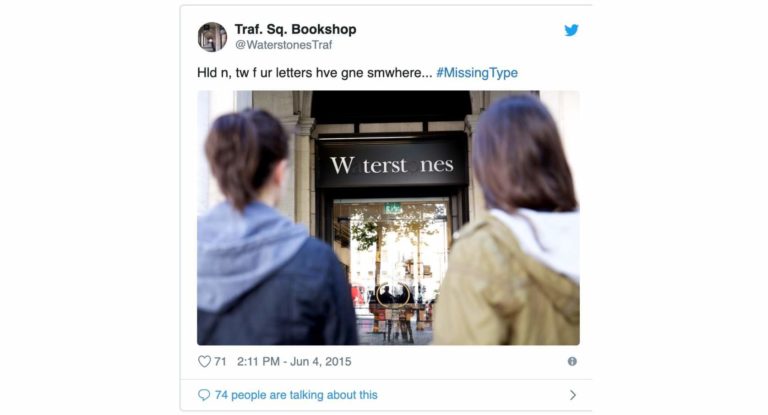 More than 1,000 organisations took part across Twitter, Instagram and Facebook, including small businesses, universities, hospitals, trade unions, transport hubs, charities, sports clubs and celebrity influencers. Google, Coca-Cola, McDonalds, Microsoft, Spotify, Starbucks, Nandos, Arsenal FC and British Airways joined in, while 02 became ‘2’ and Aviva simply ‘viv’. Even the WI and The Church of England came on board, as well as tens of thousands of individuals.

What we can learn from this

At the core of it is a very simple and portable idea. Anyone can ‘get’ it, and anyone can take part in it. It’s not overly prescriptive about how you take part or where you do it.

Simply by removing those blood-type letters from something visible – whether that be on Twitter, on a high street, or in a magazine – you become part of something special.

Of course, this campaign benefits from a special kind of attraction generated by goodwill towards an achievement that’s in everyone’s interest. A corporate brand selling fizzy drinks would struggle to replicate this, but at the same time, charity campaigns are notoriously difficult to make interesting and compelling.

The tone and creative of a public service announcement can be hard to avoid. By making involvement so easy, and rewarding support from other brands in the media coverage, it quickly became something that both companies and individuals were keen to be part of.

Why do you think the #missingtype campaign was so engaging? Why do you think so many brands and organisations joined in the conversation on social media? Write your comments below.