You will learn about one influential Chinese strategist and diplomat's recommendations for Korea in the decade before the war. 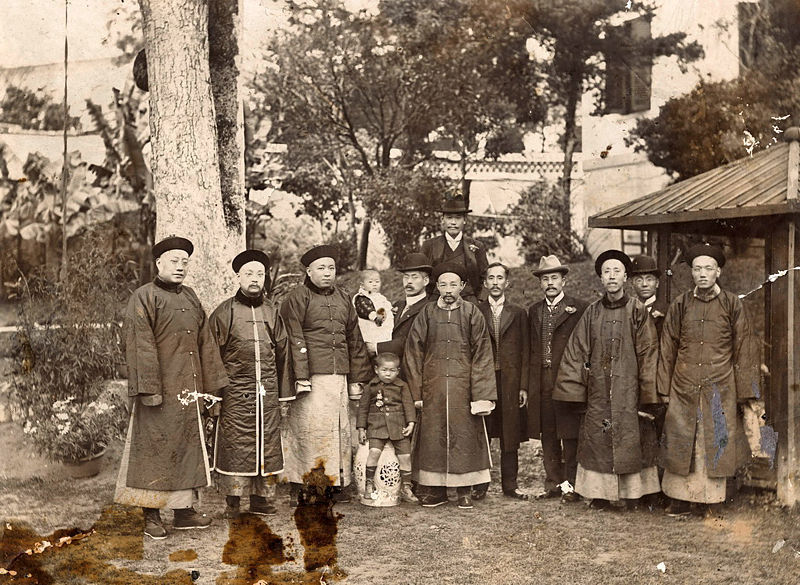 In September 1880, China’s junior diplomat in Tokyo, the accomplished poet and Japanophile Huang Zunxian, handed his Korean counterpart, on a temporary mission to Tokyo, a short treatise full of unpalatable truths. Huang’s Strategy for Korea expressed views shared by his senior colleagues in the reform-minded foreign ministry, and was to be delivered to the Korean monarch. The civilized world was eroding from under their feet, and the rules of international relations were being rewritten. Joseon would have to adapt, or go extinct. Kenichiro Hirano painstakingly compared versions of Huang’s treatise and rendered them into English– see his translation, drawn upon in this step, in the related link. Huang’s treatise explained for the Koreans that European states based their actions on “balance of power” theory. Just like China in the time of Confucius, and Japan prior to unification under Hideyoshi, the West was in a historical era of “Warring States” that had finally brought their war to the East—and to Korea in particular. Having run out of opportunities to acquire territory or add new alliances elsewhere, the great powers had turned to the Orient, and “they know they should first focus on Korea.” Korea, according to Huang, could no longer slip by under the radar, zealously protecting its comfortable isolation from the new powers. Geopolitically, its location was simply irresistible. “The land of Korea is located at a pivot point in Asia indeed, and will never fail to provide a contesting ground,” Huang wrote. He was convinced that Korea’s principal threat was not one of the Western European imperial powers, let alone Japan—rather, the country to be feared most was Russia, which was “watching to pounce like a wolf.” What then was Joseon to do? Huang proposed an elegant four-pronged strategy: “be like family to China (亲中), link up with Japan (结日), and ally with the United States (联美), in order to achieve self-strengthening (自强).” The strategy was a fascinating mixture of modern and traditional. Korea should preserve the special relationship with the Qing, enjoying its favored position in the tributary system. But tributary fidelity to Beijing should no longer entail strict exclusion. Rather than offend Japanese emissaries by refusing to recognize Meiji as emperor on equal footing with the Qing, Korea should move proactively to improve ties to Japan, which Huang did not see primarily as a threat on Korea. Even more unconventional was the advice to create an alliance with the Western power that Huang considered least aggressive, the U.S. With these three allies to counterbalance against aggression by Russia, Korea would get the breathing room to pursue the domestic reform and modernization, which Chinese like Huang referred to as “self-strengthening.” Although Huang had never stepped foot in Korea, his unsolicited advice came with the imprimatur of Li Hongzhang, the most powerful figure in Qing foreign affairs and head of the northern army and fleet that would be involved in any action on Korea. The Korean emissary who carried the treatise back from Tokyo to Seoul, Kim Hong-jip, would become a leading figure in the pro-Japan, pro-reform movement, and serve as premier when those forces gained control of the government during the Sino-Japanese War in 1894. But the reformers went a bridge too far when they had the Korean queen seized and murdered on the palace grounds in Seoul, and Kim himself was killed by political opponents soon afterward. As to Huang Zunxian, he rose in the ranks of the Qing diplomatic corps handling “barbarians from the West,” serving in San Francisco and Singapore. Back home, Huang was a stalwart supporter of Japan-leading reformers like Liang Qichao, who you’ll be introduced to in step 13. Huang too ended up on the bad side of the queen, after the Empress Dowager Cixi turned against the reform clique in 1898, and had to seek protection– including help from Japanese minister Ito Hirobumi, about whom more to come this week– to evade arrest. He was allowed to withdraw from public life and retire home to Guangdong province, where he died in 1905.
© John Delury

Hi there! We hope you're enjoying our article: Strategy for Korea
This article is part of our course: Lips and Teeth: Korea and China in Modern Times