China's normalization with South Korea creates a rupture with Pyongyang, and Kim Il Sung looks for a way out of the post Cold War trap. 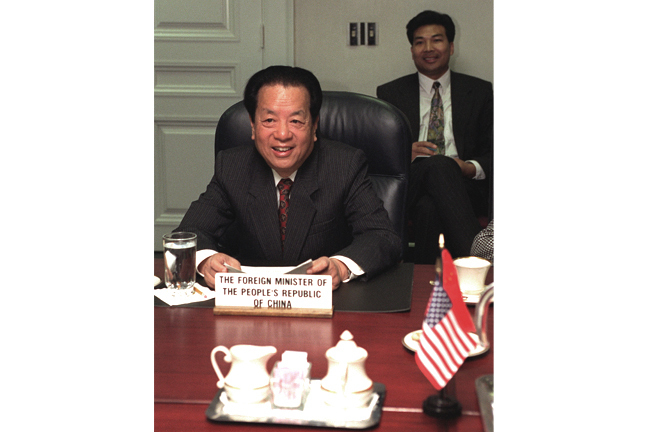 Pyongyang had received hints and signals from new Chinese leader Jiang Zemin, tapped by Deng in the midst of the 1989 crisis to take over from Zhao Ziyang, as Beijing tested the waters of rapprochement with Seoul. Still, the news that PRC-ROK normalization was really happening would sting, and it fell to China’s Foreign Minister Qian Qichen to fly to Pyongyang in July 1992 to inform Kim Il Sung face to face. In his memoirs, Ten Episodes in Chinese Diplomacy, Qian tries to put the best spin possible, but awkwardness, tension, even suppressed anger, suffuses even his anaesthetized account of the trip. After Qian delivered a long explanation of Jiang Zemin’s rationalization for recognizing South Korea, along with promises of fidelity to the North, Kim Il Sung gave a terse reply, took a look at Qian’s gift, and made his exit. “In my memory, this meeting was the shortest of all the meetings President Kim Il Sung had had with a Chinese delegation. After the meeting, the DPRK did not give a banquet in our honor, contrary to what it had always done in the past.” (Ten Episodes, 124)China did at least try to soften the blow and maintain stable ties to the DPRK– unlike post-Communist Russia. Boris Yeltsin had zero interest in North Korean relations. He cut all aid (which had increased significantly under Mikhail Gorbachev) and demanded repayment on Soviet-era “friendship” loans. Although Beijing similarly moved to shift trade and financing to a market basis, the transition was gradual, and various forms of aid and assistance continued in the interim.Ironically, just as the North Koreans had played Beijing and Moscow off one another for decades, endeavoring to be friends with the two Communist enemies throughout the Cold War, so now the Chinese wanted to be friends with the two enemy states on the Korean Peninsula, developing profitable relations with the South while retaining strategic ties to the North.By triangulating Korean Peninsula diplomacy, Beijing opened up space for Seoul to take a more proactive role. In September 1992 when ROK President Roh Tae-woo made the first state visit to Communist China in his country’s history, he laid his intentions bare upon arrival in Beijing. “After the U.N. and Moscow, we now have reached Beijing, which is the last gate leading to Pyongyang. With this, we have become new friends of two nations neighboring on North Korea.” Roh’s so-called nordpolitik strategy was designed to corner Pyongyang by improving relations with Moscow and Beijing, but then offer a way out of isolation by seeking dramatic improvements in inter-Korean relations.That “way out” had already been spelled out in a pair of breakthrough agreements negotiated between Seoul and Pyongyang, both of which went into effect in February 1992—the Basic Agreement on Reconciliation, Non-Aggression, and Exchanges and Cooperation between South and North Korea, and Joint Declaration on the Denuclearization of the Korean Peninsula. (For the full texts of these short but important agreements, see the related links). Seoul’s ties to China and Russia created leverage that Roh used skillfully to advance his goals of inter-Korean rapprochement and stabilization.Kim Il Sung, now in his 80s, had to improvise a new strategy for his regime and his nation to survive the inhospitable environment of the post-Cold War world. He used the ultimate hedge—a pilot nuclear weapons program—to negotiate a deal with the world’s only superpower, and North Korea’s historic nemesis, the United States. He sought the best possible terms of rapprochement with the South and prepared to welcome Roh’s successor, Kim Young Sam (who took office in February 1993), for a historic inter-Korean summit in Pyongyang.

Hi there! We hope you're enjoying our article: A way out
This article is part of our course: Lips and Teeth: Korea and China in Modern Times