In this video, we will discuss how to build a passionate team.
View transcript
16.8
I I should take this opportunity to mention another one of our co-founders which has been instrumental in in where we are, and that’s Ewa Radziwon. So yes, there was Alex and myself. So Alex as a gynaecologist, myself as a business person. But we needed a woman on board, right? Who who understands product development and how materials interact with the body. That’s actually called a garment technologist. Um, that’s the technical term of someone who really understands a product development and the materials, the joining, and how it works with, within particular, women’s bodies. Luckily in London, um there’s The London College of Fashion and other schools that are fantastic.
55.9
And we found Ewa, Alex and I did, because we went to the London College of Fashion and said, “Who is the most technically gifted garment technologist you’ve ever had?” And they’re like, oh that’s easy. There’s this Polish woman Ewa, she’s on another planet. And we tracked down Ewa and and I was like, “Ewa, you don’t know who I am. You’re going to think I’m crazy, but we have a new type of tampon that we’re trying to develop and we could really use your expertise. We hear you’re the best. “ And somehow she’s just as crazy as all of us are at Callaly.
85.2
And she joined and she is the one who’s taken on Alex’s scientific and medical basis, which is based on listening to to women and people who menstruate for decades. But then you needed um the touch of of Ewa. And and we have a saying now that if if Ewa’s happy, we’re all happy, because she’s the guardian of our product. And if it’s not comfortable for example, if our product is not comfortable, it doesn’t matter if how much you can make or how it works or what can happen. I’ve been reminded of the importance of people.
119.7
And and, both the people that you start businesses with, the people that you bring into the business, the people you surround the business with, the importance of getting that right. And and Guy Raz on the How I Built This podcast always asks the question, “How much luck was it and how much talent was it?,” or a version of that. And um, I can’t pretend otherwise. There’s a just stupendous amount of luck in how well Tom, Eliot, and I ended up getting on together. Um, so yeah, just the importance of of people.
154.1
It’s funny that any basketball coach like relates everything in life to coaching basketball because basketball is like a metaphor because you have you have to work in a team, everyone has a role. Um you know, you have ups and downs in a game, within a game, and you know being able to um you know, manage different personalities. So like, when I look at you know basketball, you’re given this team of kids. And you know, they all have different backgrounds, different personalities, different talent levels. And it’s sort of like having a company, and the best coaches are people are coaches that put players in a position to to succeed.
189.3
Based on their talent, based on their you know aptitude and everything, and not asking a player to do something that’s beyond his you know capacity. You know, building a company is the same thing. You know, if there’s one thing that I think I’ve been good at more than you know, people ask, oh, what do you think your biggest biggest talent is? Is it product development, or is it you know content creation because I do all the brand stuff. And I say, really it’s just I’m a good talent scout. Like I’ve been able to find really good people. Um, not only talented people, but good people. People of integrity, um people that are really devoted and committed um to the mission.
227.1
And finding them is the most important thing. I mean, a company is really nothing but a collection of people working towards something. So, when you strip down the logos and the products, like a company is made up of people. And whoever gets the best people is going to build the best company. And so um, from the top down, and I’m talking like from the CEO all the way down to you know the people you know picking up the phones and answering product questions and everyone in between, like that to me. Um you know, there was a couple of years ago, I went on this thing where I wanted to watch every interview Steve Jobs gave.
260.9
Um, I always found him interesting. And one of the things he said is, like “You have to be the ultimate talent scout because you have to make a judgement on a person based on an hour interview, or based on very little information and project that into the future.” Like hey, I know this person very little, everyone puts on their best face in an interview, people could get good references from almost any person, even if you’re not good at something you could get a good reference from somebody. So you have to really– and that’s why I’ve always used my network to hire. So um you know, through sports, like I had a big network. Um, I knew a lot of athletes.
294.9
I felt athletes really fit well into our culture because they work in a team, they have good work ethic, they can grind, they can handle like pressure. And so I would say a good portion of the employees at Hyperice were Division 1 athletes, or some pro athletes as well. And so so thats the basketball part was huge because it it made me see a company through the lens of um a group of people working together towards a goal.

Every business owner will say that having the right people around you is critical to the success of any venture. In this video you’ll hear the perspective of three successful founders in the wellness industry, explaining why people are key.

Firstly, Thang Vo-Ta, the co-founder of Callaly, a business pioneering new products in the women’s health category. Next, you’ll hear from Hamish Grierson, Co-founder of Thriva, a personalised nutrition company. And finally, you’ll hear from Anthony Katz, the Founder of Hyperice, an innovative percussive therapy business.

What have you learnt about the value of building a passionate team? Share this in the Comments section below. 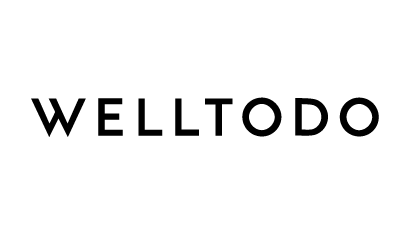