Summary of some of the technologies available for genome sequencing, including Sanger sequencing and next generation methods 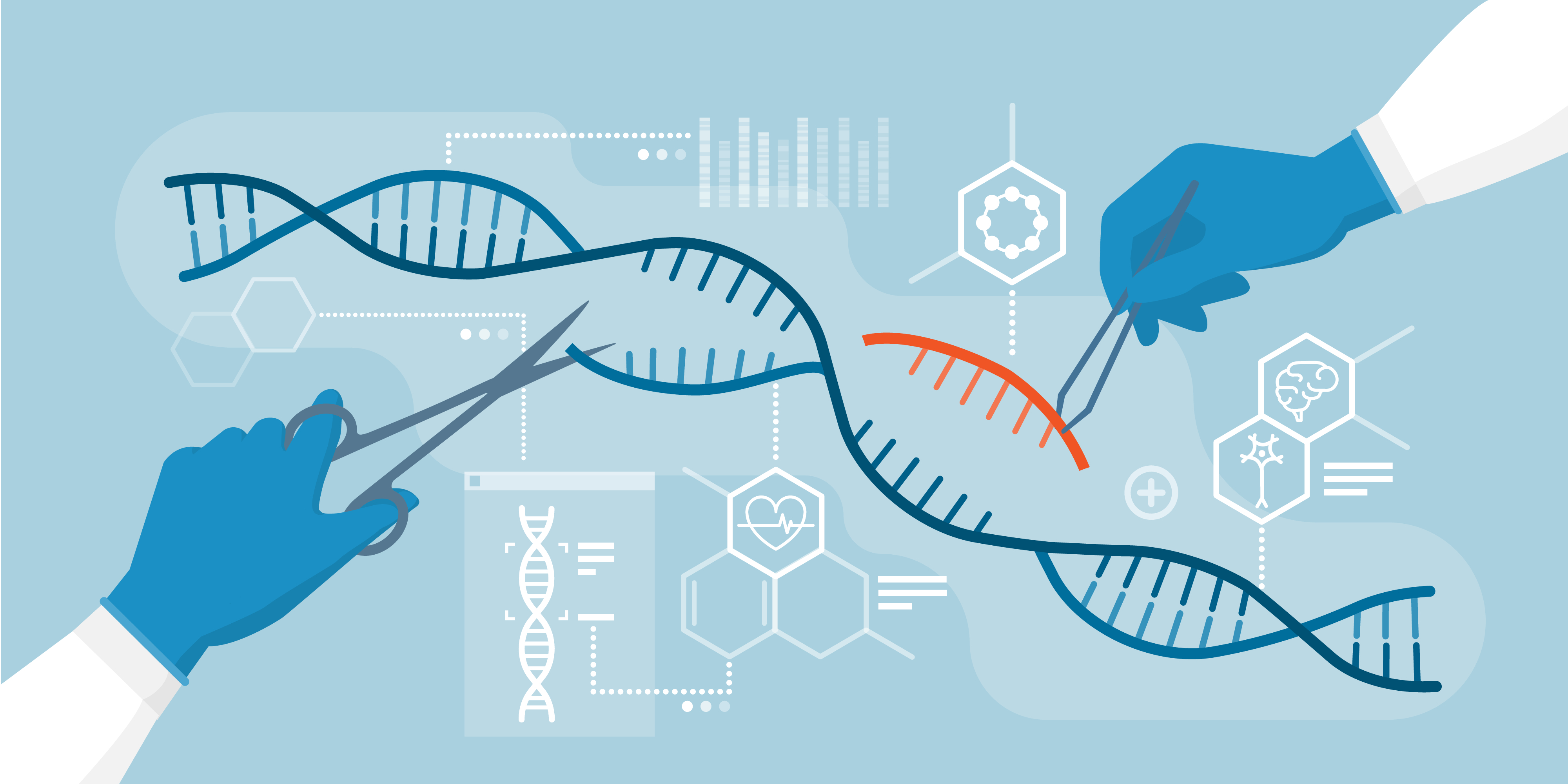 The genomic era was propelled forward by DNA sequencing techniques pioneered by numerous scientists in the 1970s. Fredrick Sanger developed the “chain-termination method”, now known as the “Sanger method”, in 1977.

This method is based on a polymerase chain reaction (PCR) using labelled modified nucleotides (ddNTPs) that lead to a premature termination of the DNA chain extention. The result of chain-termination PCR is a considerable number of oligonucleotide copies of the DNA sequence of interest, terminated at random lengths by ddNTPs to be ordered in size using gel electrophoresis. The shortest fragment must terminate at the first nucleotide from the 5’ end, the second-shortest fragment must terminate at the second nucleotide from the 5’ end, and so on. As a result, by interpreting the gel bands from smallest to largest, the original DNA strand 5’ to 3’ sequence can be determined. The Sanger method recognizes up to 1000 bp DNA sequences in less than 2 hours. These findings epitomise what we now know as first-generation sequencing technologies. Watch the following video for details of the Sanger sequencing method.

The next-generation methods used highly parallel sequencing approaches that were faster and cheaper (per base) with the ability to sequence hundreds of thousands to billions of DNA fragments per run. This may not always be the most efficient option however and will depend on what is being sequenced. Below we will describe the most commonly used Next-Generation Sequencing (NGS) technologies available.

After DNA is isolated, it is fragmented generally with physical (sonication) or enzymatic (Endonuclease-based) methods. A single adenine base is added to form an overhang via an A-tailing reaction onto the 3’ end. This allows adapters containing a single thymine-overhanging base to pair with the DNA fragments. The adapters are complementary to primers that are surface-bound to nano wells that help space out the genomic fragments and prevent overcrowding. Such primers act as anchors for the DNA fragments on both ends, forming a “bridge”. Bridge amplification is done by the polymerase generating two-stranded bridges. The two strands are separated, leaving a cluster of single-strand fragments. Fluorescently-labelled NTPs (dNTPs) are added to the single strands by the polymerase causing the elongation, the fluorophore blocks the synthesis preventing any other dNTP to bind. Every time a dNTP is bound to the strand, the computer records the colour of the fluorophore, and then the fluorophore is removed to allow synthesis to continue. The process is repeated until the sequence of the DNA fragment is obtained.

The Ion torrent technology is similar to Illumina but it differs in the way that fragments are added to microbeads and instead of recording a fluorophore, the addition of NTPs is identified with a voltage change in the cell measuring the pH change. Illumina and Ion torrent both have short read lengths (75-300bp with Illumina and 200-400bp with IonTorrent), but IonTorrent runs for only 2 hours compared to up to 56 hours with Illumina and has cheaper equipment. Illumina, on the other hand, has a lower error rate and a lower cost per base.

This technology works with single-molecule real-time sequencing and uses nanocontainers with only one DNA molecule per hollow cylindrical well of 20 nm. The DNA molecule has to be prepared in a way that hairpin adapters are added to it to allow continuous circular sequencing. Once in the nanowell, dNTPs are incorporated one by one and the computer records the change of colour of each well. This technology yields long-read sequencing of more than 10 kb with few systematic errors. It is ideal for de-novo assembly or long-range genomic structures. On the other hand, it also has a high single-pass error rate, to address this, coverage needs to be increased, resulting in an increase in cost and time, though even this extended time is still comparable to Illumina.

Oxford Nanopore Technology (ONT) utilises nanopores through which a single-stranded DNA will pass. The nanopores are embedded in a membrane and a change of voltage is registered for each nucleotide in the strand that goes through the pore. It has unique features, like the ability to use a portable sequencer to bring to places that are hard to access; this makes it attractive since it facilitates viral genomic surveillance. Real-time sequencing also allows laboratories to stop when there is sufficient data. Using shorter amplicons and high mapping help to reduce the single pass error rate.

Comment below if you have ever applied any of these methods and for what purpose.

WHO Guideline on SARS-CoV-2 genome sequencing