The RNA viral genome is relatively small (~ 30 Kb) and highly heterogeneous. Due to these factors, the copy number of the viral genome is low and many errors can be introduced while sequencing after PCR enrichment. To overcome these hurdles, amplicon-based sequencing is utilised. In this method, the viral genome is amplified using primers which are complementary to known sequences. The amplicon enriched samples are then subjected to sequencing in platforms such as Nanopore or Illumina. 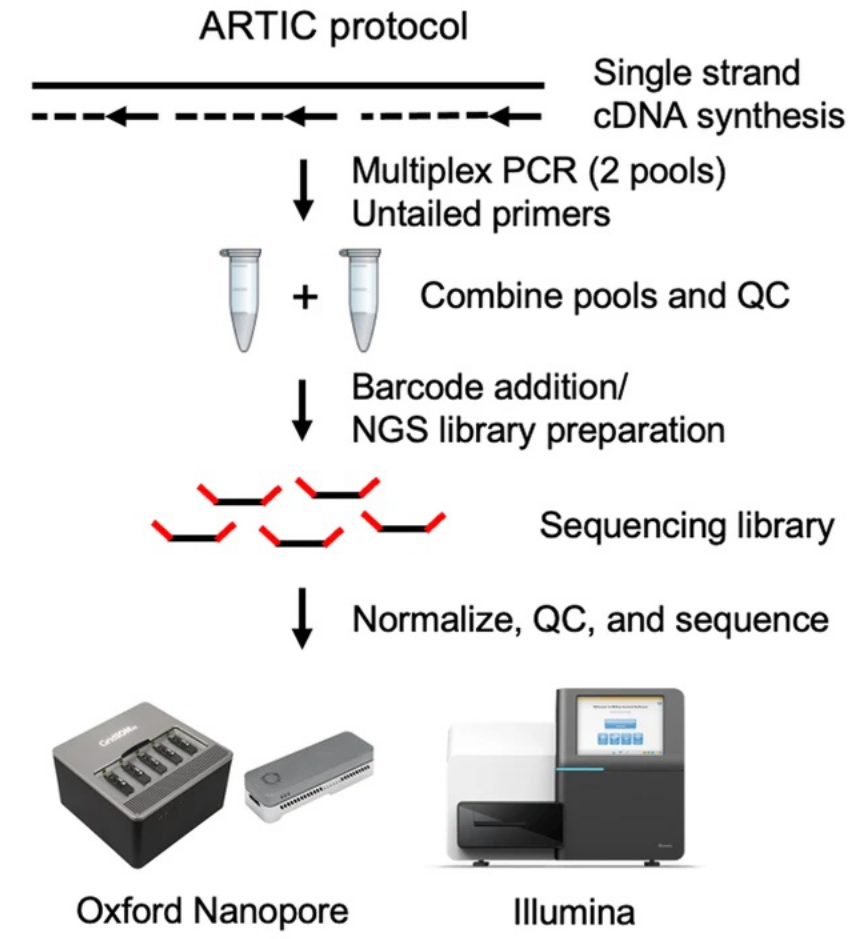 The ARTIC protocol is based on a method that enriches the cDNA generated through reverse transcription of the SARS-CoV-2 genome, using a tiled PCR amplification using two primer pools. A total of 196 primers (98 pairs) were designed to tile the entire SARS-CoV-2 genome. An amplicon size of ~400 bp per target is obtained that then moves to the specific library preparation either for Illumina or Oxford Nanopore sequencing

The Midnight protocol approach uses 1200 base pair (bp) tiled amplicons produced by the multiplex PCR. Briefly, two PCR reactions are performed for each SARS-CoV-2 sample which includes two sets of primers. The first set (Pool 1) has thirty primers that generate the odd-numbered amplicons, while the second PCR reaction has twenty-eight primers that generate the even-numbered amplicons (Pool 2). After PCR, the two amplicon pools are combined which can be further processed for sequencing using either Oxford Nanopore or Illumina platforms. 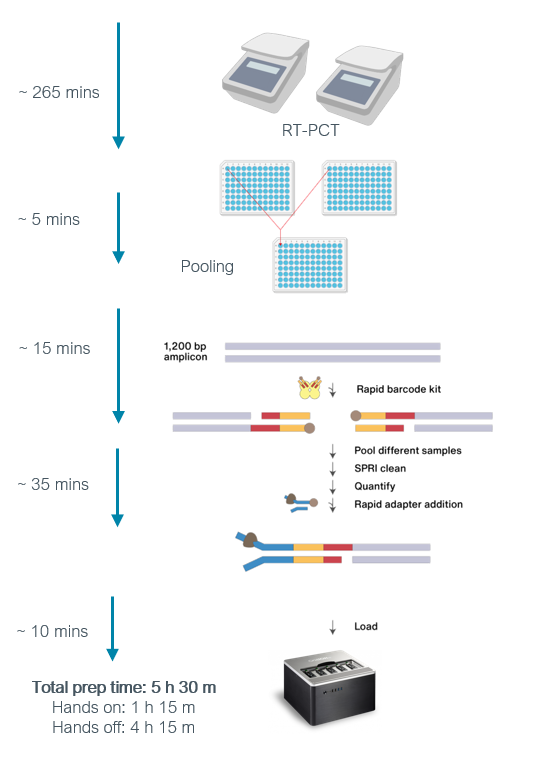