Goal setting activities relating to each of the client case studies. 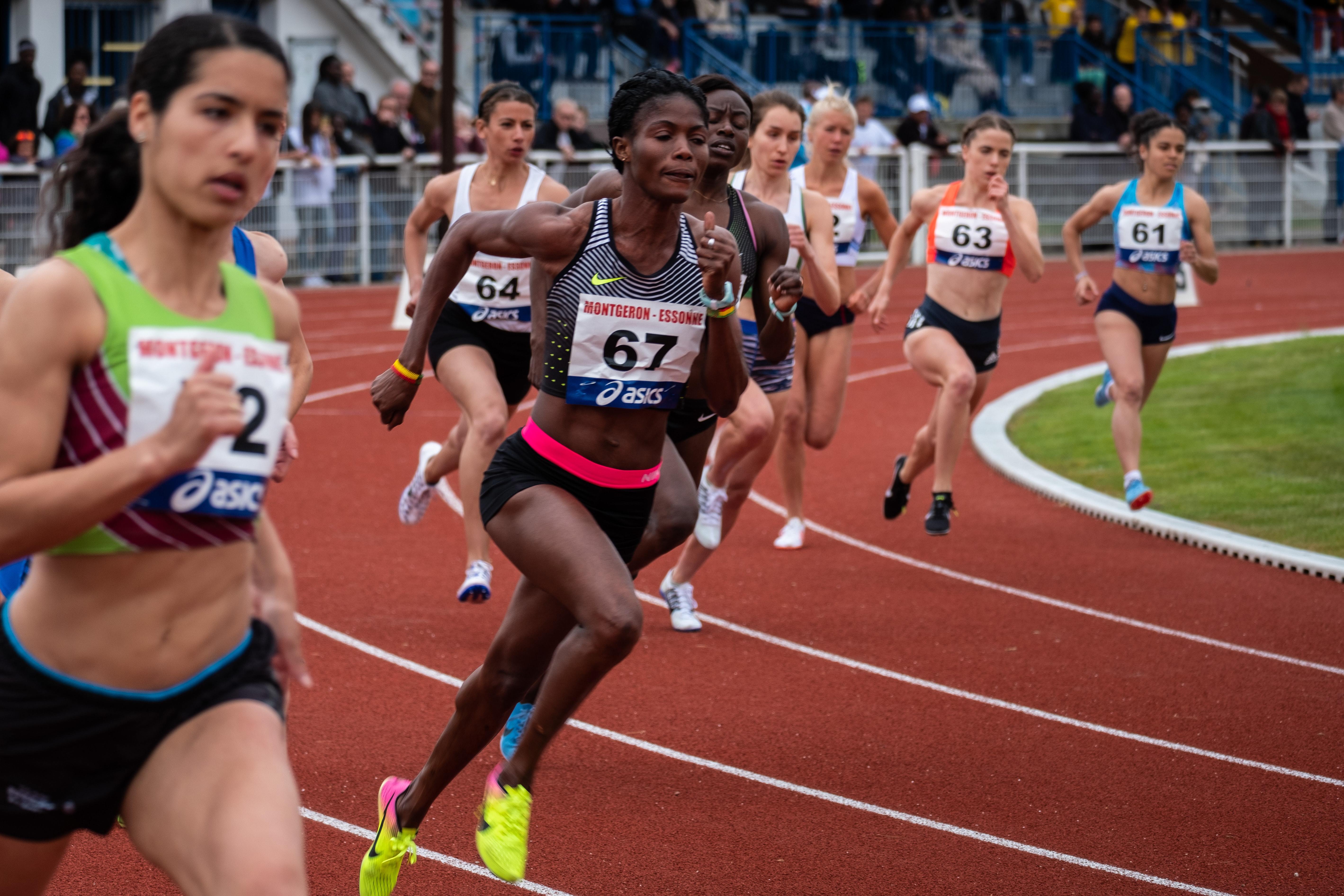 In this activity, you now have the opportunity to put what you have learned about goal setting into practice. Read the case studies of Phoebe, Ibrahim, and Geoff that we have visited previously. For each case study, there is a brief goal setting task that draws upon the key principles that we have discussed this week.

Phoebe is a 17-year-old female middle distance runner. She currently competes nationally and won the Young Athletics League 1500m championship 3 months ago, which left her with a strong chance of making the GB U19 squad for the 1500m category.

This is something Phoebe has always dreamed of achieving. As a result of performing so well Phoebe has been promoted to train with the senior women’s team at her local athletes club as opposed to with the other juniors (up to the age of 19). At first, Phoebe mentioned that she was really pleased as her older sister also trains with the senior group, and in the first few sessions she was coping really well. However, more recently Phoebe’s performances in both training and competitions have deteriorated. She is not running the same times as she was previously and is struggling to keep up with the rest of the group. If Phoebe were running at her normal pace, she would be easily able to hold her own in comparison with the rest of the runners.

Phoebe’s coach has mentioned that she doesn’t seem to be putting in as much effort in the training sessions, and that when one of the other runners goes past her Phoebe’s performance deteriorates further. He described her reaction to this overtaking as “giving up”. She has worked with the same coach since she was aged 10 (7 years ago), and has always been a dedicated, motivated, and confident athlete who tackled any challenge that she was faced with. However, Phoebe now moans a lot during the training sessions making comments such as “why are we doing so many reps”, “I’m no good at this anymore” “I’m never going to make the GB team”, and she often asks if she can finish the sessions early stating being too tired or not as good as the others as her reason why.

Ibrahim is a 54-year-old male who in the last 6 months has made the decision to take up exercise again. Ibrahim engaged in a lot of sport when he was younger (e.g. played 5-a-side football with his friends once per week, would attend the gym once per week), and has identified that he really enjoyed being physically active.

However, for the last 15 years he has dedicated his life to supporting and spending time with his children. Ibrahim is a dentist meaning that he works long hours and is often on call during the evenings/weekends. Therefore, when he is not at work he wants to spend time with his family, whether that be watching them do sport or taking them to social events. Unfortunately, Ibrahim’s dad was recently diagnosed with dementia, this has hit the family hard as Ibrahim and his family are very close. However, Ibrahim is trying to use his father’s diagnosis to make a positive change. He has signed up to the Manchester half marathon in 8 months’ time, and has approached you to help him to achieve that target.

As an individual, Ibrahim is a little shy, and is worried that all of the distractions in his life might take away his focus on training. In addition to this, he is worried about whether he will be fit enough to do the training sessions and complete the marathon, especially as he cannot predict the rate at which his dads condition might deteriorate. Although Ibrahim used to be active, he has never been interested in or taken part in running and is a little worried about his lack of experience specifically long distance running.

Geoff is a 70-year-old retired factory worker who lives with his wife in Manchester. Until recently, Geoff was quite active for his age and regularly went fishing with friends. His passion for fishing even included winning several competitions. He was also an avid DIY enthusiast and dedicated much of his time to renovating his home. Six months ago, Geoff had a major stroke. His wife quickly noticed something was wrong and he was swiftly admitted to hospital where he received potentially life-saving emergency care. After six weeks in hospital, Geoff was eager to return home. In many respects, Geoff had been fortunate in terms of his recovery, as the stroke did not affect his ability to use or comprehend speech. However, Geoff’s stroke had dramatically affected his physical movement. He now had hemiparesis of the left arm and could no longer fully open and close his hand.

Geoff has now been home for a few weeks and his wife is concerned about his wellbeing. The partial loss of upper limb function he now experiences has drastically affected his ability to participate in fishing, as both hands are needed to manipulate the rods and nets used. He was encouraged by his friends to go along and fish but he has grown despondent about not being able to participate fully. To fill the time he would normally be out fishing Geoff returned to his DIY hobby. As he is right-handed, Geoff thought that this would not be as difficult as fishing but the lack of strength in his left arm has also made this actively profoundly frustrating for him. His wife is now worried at how despondent Geoff has become now that he cannot enjoy his hobbies.

In addition, Geoff is a kind but proud man and feels ashamed that he cannot do more around the house to help his wife who now even has to help him get dressed each morning. Geoff’s wife hopes that rehabilitation can help him begin to participate in his hobbies again and reclaim some of his independence.

Feel free to share and talk about your answers in the Discussion.