The development of metabolomics

The development of the metabolomics discipline over the past 15 years. 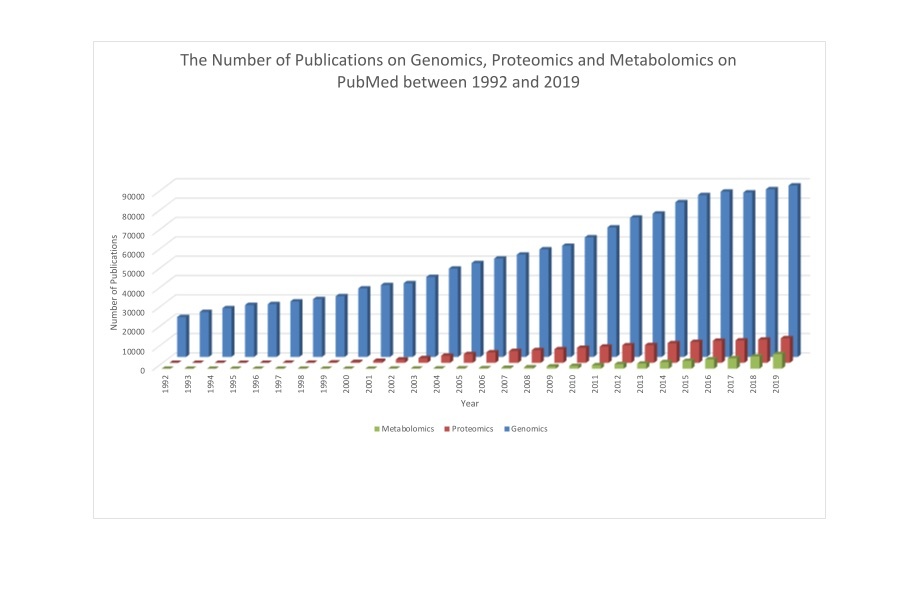 Although metabolomics has reached maturity, it is the newest ‘omics technique and trails genomics and proteomics in terms of the number of publications and the current estimated market value.

The metabolomics market value is expected to reach USD 2.38 Billion by 2021, yet there are still many challenges within the field to overcome. Biotechnology and pharmaceutical companies have readily adopted the concept of metabolomics, and in combination with improvements in analytical equipment and data analysis software have driven the development of the field over the past 15 years. North-America and Europe currently dominate the metabolomics market. However, it is expected that the market will soon expand in the Asia-Pacific region.

Metabolomics has evolved from multidisciplinary research with collaborative working relationships between scientists from different disciplines and industry-academic collaborations to overcome the challenges in metabolomics notably metabolite identification, standardisation of data analysis and the sharing of data and resources.

The formation of the Metabolomics Society in 2004 was instrumental in linking the global metabolomics community. The first journal dedicated to the field of “metabolomics” was launched in 2005, and with the Metabolomics Society has published many of the major publications in defining and standardising guidelines for the metabolomics community. The society now has almost one thousand members and the Early-Career Network was formed in 2013 to support the development of early-career scientists. The society has recently established task groups – this is a social grouping in which members of the society across the world work together to address the challenges within the field.

In recent years world-class research centres have been funded to support the development of metabolomics. These include, in the UK the National Phenome Centre funded by the Medical Research Council (MRC) and National Institute for Health Research (NIHR) to deliver access to world-class capability in metabolic phenotyping. The centre was established using state-of-the-art analytical equipment applied during the London 2012 Olympics. At the University of Birmingham the Phenome Centre Birmingham (PC-B) officially opened on the 23rd May 2016. In the United States a comprehensive program exists to improve the national capacity in metabolomics via the NIH common fund’s metabolomics program. The program supports the establishment of resources, training to increase the number of skilled professionals, technology development and expansion of databases to facilitate metabolites identification. Various centres across Europe support the development of metabolomics technologies (Netherlands Metabolomics Centre) or provide access to metabolomics technologies (Swedish Metabolomics Centre).

There are also a number of local networks and societies supporting the metabolomics community, organising conferences and workshops.