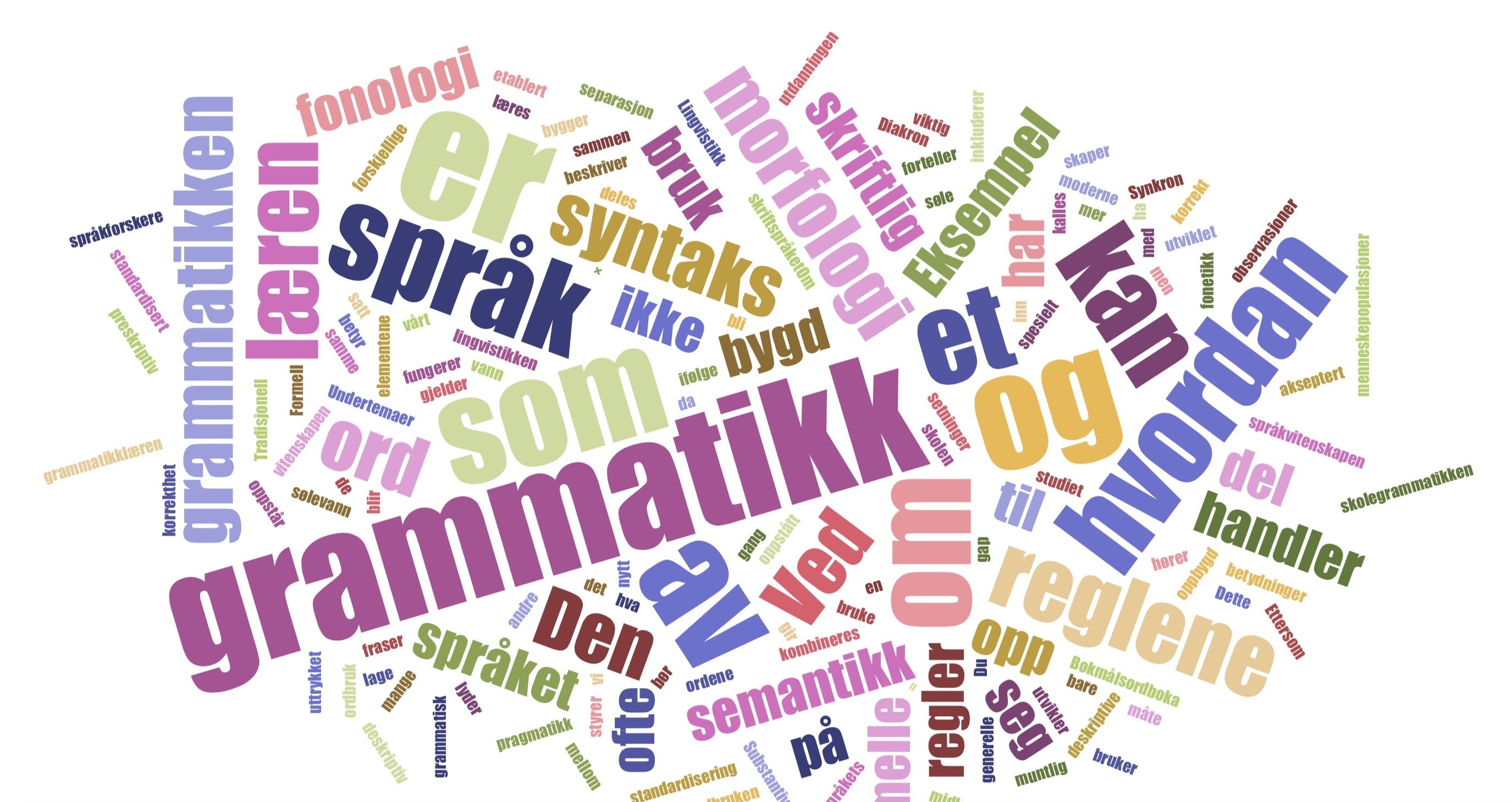 Welcome back to our “Grammar notes” step.

But first, we start by repeating and expanding on something we already mentioned in Course 1

Some adverbs have two forms, one indicating movement, the other for stationary situations:

Note that there are also two forms for here and there.

Now, a small degression…
As we just learnt, UT (out) is an adverb and is used for movement. It tells you that someone is going out of somewhere.
UTE (out, outside) on the other hand is used for stationary situations. It is very often used in the meaning «outdoors».
We cannot use UT together with a noun. If we want to say that someone or something is outside somewhere, we must use UTENFOR (outside):
Sometimes we drop the noun after UTENFOR if there is no doubt what noun there should be:

I is used when something is placed inside something else, within borders or walls:
I is also used together with
Continents: i Europa, i Asia
Countries and states: i Norge, i Kina, i Texas
Cities: i Trondheim, i Oslo, i Beijing
Street names/addresses: i Karl Johans gate, i Drammensveien 1

På is often used to indicate that something is on top of something else:
På is also used in the following connections:

NB: In the following connections I is also used:

På is generally used together with
Islands: på Grønland (But when the island also is a state we use I: i Irland. Sometimes we can use both: på/i Sri Lanka.)
Many inland cities in Norway: på Røros, på Lillehammer
Many parts of a city: på Tyholt, på Singsaker, på Frogner

It is often difficult to explain the use of I and PÅ together with Norwegian names of places. The topography or even the name itself often decides the preposition, but there are lots of exceptions and also dialect differences. When in doubt, ask the locals!

Til is the most frequent preposition denoting movement towards a place:

Notice that I or PÅ are also generally used to express movement towards or into many rooms and institutions:

Hos is used in front of persons in the meaning «at his/her place»:
We also use hos when we talk about some occupational groups:

NB: When involving movement, we use til:

If you want to learn more about Prepositions you can take a look at the Pdf in the “Downloads” section. Here you’ll find several examples and useful expressions to learn.