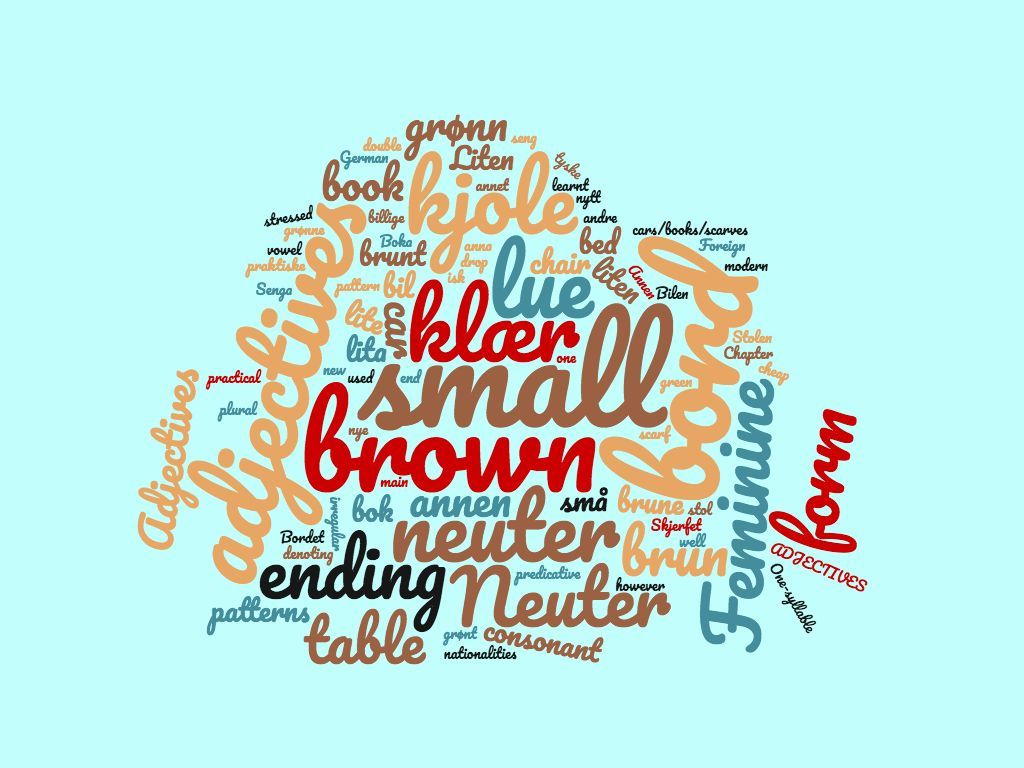 In Week 1 we learnt the main pattern for adjectives:

Most adjectives end in -t in the neuter and -e in the plural.

We looked at the Attributive and Predicative forms

There are however some other patterns for adjectives as well:

There are however two exeptions to 3. and 4.

Finally, we have two irregular adjectives that follow their own rules and have a special pattern.

Annen (other) is not used in predicative form.

Take another look at the pattern list for adjectives from Week 1.