In this step you'll discover how the historian of science Alexandre Koyré understood the relationship between science and secularisation. 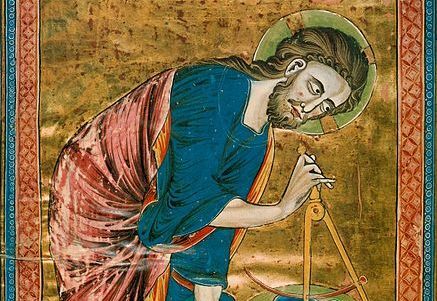 Alexandre Koyré (1892-1964) was an influential historian of science who contributed to the narrative about the seventeenth-century “Scientific Revolution”.

In his famous book From the Closed World to the Infinite Universe, Koyré offers a reconstruction of the evolution of natural philosophy during the eighteenth century. A striking feature of Koyré’s reconstruction is that it suggests that science is somehow internally determined to dismiss theological notions.

Read the following text from Koyré’s From the Closed World to the Infinite Universe in which Koyré summarises his view about the evolution of early modern natural philosophy. Words in bold, which signal key-concepts. In the next step you’ll test your comprehension of this text with a few quiz questions.

The Divine Artifex had therefore less and less to do in the world. He did not even need to conserve it, as the world, more and more, became able to dispense with this service. Thus the mighty, energetic God of Newton who actually ‘ran’ the universe according to His free will and decision, became, in quick succession, a conservative power, an intelligentia supra-mundana, a ‘Dieu fainéant’. Laplace who, a hundred years after Newton, brought the New Cosmology to its final perfection, told Napoleon, who asked him about the role of God in his System of the World : “Sire, I didn’t need this hypothesis.” But it was not Laplace’s System, it was the world described in it that no longer needed the hypothesis God. The infinite Universe of the New Cosmology, infinite in Duration as well as in Extension, in which eternal matter in accordance with eternal and necessary laws moves endlessly and aimlessly in eternal space, inherited all the ontological attributes of Divinity. Yet only those – all the others the departed God took away with Him.