Read about how the Scale Free property of networks means that major websites have a huge number of connections and the vast majority have very few.
© University of Southampton 2017

A scale free network is simply a network whose degree distribution follows a power law. It is one of the most encountered network types in the real world.

In 1965, Price studied the network of citations in scientific papers and he showed that new papers tend to cite papers with large number of citations already; he called that phenomenon cumulative advantage (preferential attachment), you may know it as ‘The Rich Get Richer’ . Therefore, he found out that the number of citations a paper has follows a power law distribution.

In 1999 Albert-László Barabási mapped the network of a portion of the World Wide Web (WWW). The analysis of that network had led to some interesting findings:

From the above we can conclude that scale free networks have the following key features:

Are there hubs in your own social networks? What do you think are the reasons that these hubs appear in a given network? 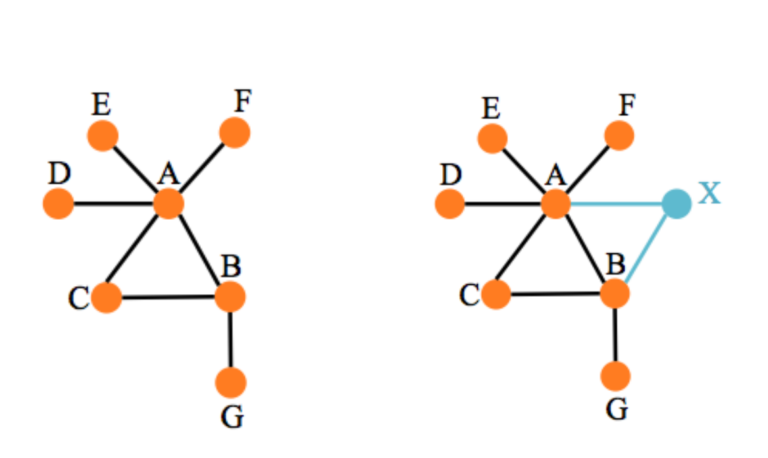