Gender inequality is evident all over the world, with serious negative impacts on people's lives. Consider the following statistics.
View transcript
1.2
This is the story of a boy and a girl. It’s a universal story and an Australian story. It’s a story that occurs every two minutes, in fact, a story that happens 657 times a day every day of the year and in every kind of household and every city and region across Australia. This is the biggest story behind violence against women. This story doesn’t have a happy ending, because this is the story of how gender inequality contributes to the murder of one Australian woman almost every week. Sounds like a tall tale, right? Let’s take things back to the start. Here’s the story of a regular woman.
41.5
As a girl, she gets told how pretty she is, never how clever she is, that if she wears a short dress, she’s asking for it. She grows up and gets used to being harassed by men on the street. That’s just the way it is. Here’s the story of a regular man. As a boy, he learns that women aren’t equal to men from a very early age. Even though both his parents work, on the weekends, his mum does the housework while dad watches sport. When he cries about being bullied at school, his dad tells him to stop being such a girl and just punch him right back.
76.2
Technically speaking, we’d say that these social norms, practises, and structures have shaped both the boy and the girl, creating a society where women are valued less and men are expected to be dominant and in control. In such a world, disrespect and hostility is excused and violence against women is far more likely. But back to our story. The girl grows up into a woman. The boy grows into a man. And they begin to date. He jokes that he hopes she doesn’t get fat now that we’re together. She’s not sure whether she should laugh. They have the same education and do similar work, yet he earns more money. He’s quickly promoted, like other men in the company, while she gets overlooked.
117.4
At home, she does all the household chores, and he takes control of their joint finances, seeing as he’s the main breadwinner and all. When they’re at the pub, he puts her down in front of his mates. His friends stay quiet. In the morning, he wakes up and blames the alcohol and stress. He always has an excuse. When she gets pregnant, her boss says she can’t come back part time. After the baby is born, the lack of flexible job opportunities and childcare keeps her out of the workforce. She is socially isolated and financially dependent on him. He controls decision-making and her. They are not equals. She is dependent on him for everything.
157.1
So she never tells anyone that he has started to hit her. She doesn’t say anything to her family or friends. She grows more isolated. She has nothing else but him. So she lives with the violence until their story ends, one way or another. This story isn’t a one-off. It’s a story shared by one in four Australian women who have experienced physical or sexual violence from a current or former partner. And it’s a story of one in five women since the age of 15 who experienced sexual violence, including rape, one in four emotional violence, and one in three women physical violence. But it’s also a story that affects children.
196.6
More than half of the women who experienced violence had children in their care when the violence occurred. For victims and perpetrators, violence against women is the conclusion often reached after a life lived in a society where women and men aren’t treated equally. But we, you and I, can change the narrative. Better education, policies, practises, support, and funding can prevent this all too common story. When women and men have equal power, value, and opportunities in relationships and in society, violence against women is less likely. By nurturing caring, respectful, and equal relationships and by creating equitable and inclusive communities, workplaces, and institutions, we can create a society of equality and respect, where violence against women is unthinkable.
251.9
Let’s change the story, because ending violence against women starts with gender equality.

Before considering ways of addressing gender inequality, start by considering how this problem manifests in society.

Women and girls represent half of the world’s population and therefore also half of its potential, yet gender inequality persists all around the world and stagnates social progress. The given video, created as part of the Change the Story framework (2015) by VicHealth, Our Watch, and Australia’s National Research Organisation for Women’s Safety (ANROWS), explains how such inequality is ingrained and perpetuated in many cultures around the world. Consider the following Australian and international statistics.

According to the United Nations Sustainable Development Goals Report of 2021:

Even in a developed state like Victoria, Australia, gender inequality has a significant impact on people’s lives. According to research done by the State of Victoria (2016):

This content is taken from
Study Melbourne online course,

In many countries, the ongoing impact of colonisation exacerbates this power imbalance. Our Watch (2018) highlights the following statistics for indigenous women in Australia:

Unfortunately, these statistics do not exist in a vacuum — they are the product of deeply held beliefs about gender that materialise in everyday instances of discrimination.

How can gender inequality be observed where you live?
Share some statistics from your community in the Comments section below. Click the Mark as complete button to check this step off before continuing to the next step.

This content is taken from Study Melbourne online course 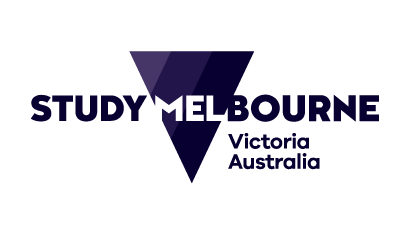