The greatest challenge that humans have ever faced

Over-population and over-consumption are the two greatest challenges. How can these problems be overcome?
© International Culinary Studio

Refresh your memory by looking at the population graph discussed earlier during our discussion on the History of Sustainability. You will recall over the past 100 years, the world’s population has increased at an unprecedented pace. With the current rate of over-consumption and unprecedented demand for resources unless there is change, there will be insufficient resources to meet the future needs of the human race.

“Solving this crisis is the greatest challenge faced by humanity in the last 10,000 years” Source: Author, Julian Cribb, Ph.D., “The Coming Famine”

So why such a population increase?

Other factors that have also impacted population growth are:

Over-consumption describes a situation where the amount of resources that are used exceeds the ecosystem’s sustainable capacity resulting in environmental degradation and loss of non-renewable resources.

Most people think that population growth is the main reason for over-consumption. In reality, the world’s population has been declining over the last few years; for example, in 2020 the world population decreased by 1.05 percent.

One critical factor affecting over-consumption is lifestyle choice. Affluence and consumerism generate a great deal of waste. Here are some examples: Why do we consume so much?

The Industrial Revolution ushered in the rise of global affluence where people earned higher wages had enjoyed disposable incomes for luxuries. Before this, people lived frugal lifestyles, they worked hard, received very little pay, and had just had enough to buy food and keep a roof over their heads.

Increased disposable incomes meant that people could afford better cars, homes and live more luxurious lifestyles. Peoples desire to show off their social status, led to an era of social mobility. People worked harder than ever to earn more so that they could have their social status recognized. This, coupled with easier access to cheap global online brands and the pressure of celebrities and influencers, led to run away consumption.

Today users are constantly being exposed to the luxurious lifestyles of celebrities and influences and buying is just one click away. Nearly 40% of Twitter users say they have purchased as a direct result of a Tweet from an influencer. Source:Kleiderly

Further on in this course, we discuss ethical (conscious) consumerism and explain changes that consumers are demanding of us to reduce run-away consumerism and the effect on our planet.

In 2020 the world population was 7.8 billion and each person consumes on average 2800 Kcal per day. The current average population increase is about 81 million people per year. How much food is consumed annually, and how much food will need to be produced 20 years from now? What will the impact of this be on the planet, animals, people, the environment? 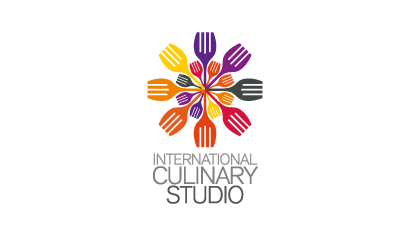